Classical Source welcomes Leonard Slatkin – music director in Detroit and Lyon – who has sent us the following article, his second such, which we happily publish as a talking point… 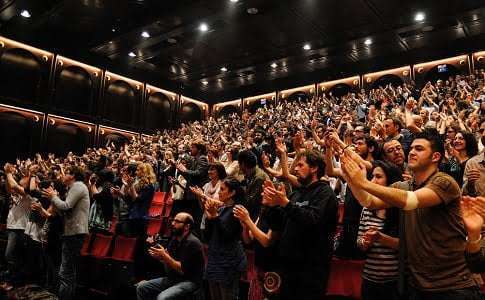 Regular readers of Classical Source will know that the ongoing debate regarding clapping at concerts is one of my pet peeves. I fall into the camp that believes it is perfectly fine between movements if the response of the audience is truly heartfelt. And the applause is certainly preferable to the coughing.

However, something occurred a few nights ago which has caused me to rethink my own feelings on the subject and at the same time, added a new ingredient to the mixture: Environment.

I have been attending and conducting at the Hollywood Bowl forever. This iconic structure has seen and heard the world’s finest musicians and probably is only rivaled by the Proms in terms of the number of concerts presented, albeit with more pop and jazz acts. It is possible for up to 19,000 people to come to a single event and in a lot of cases, when classical music is performed, many are hearing the pieces for the first time.

They bring picnic baskets and occasionally one can hear the sound of a wine bottle or two rolling down the aisles. There is also a strange distance between the stage and audience, probably due to the fact that applause simply does not travel that well outdoors. The orchestra is amplified and there are also video screens that project various images as the concert progresses.

On one occasion several years ago, when we played the advertised Beethoven 5, a huge cheer broke out after the familiar four-note motif. It surprised me and I almost forgot what happened next in the music. A few years later, Sarah Chang did the First Shostakovich Violin Concerto and when she ended the long cadenza, which is followed by an immediate entrance by the orchestra, the crowd applauded wildly.

But this was nothing compared to what happened during the Tchaikovsky Violin Concerto a few nights ago. The soloist was Alexandra Soumm, a wonderful Russian-French artist. The composer is celebrated each year and the concert always ends with the 1812 Overture. The program was played on two consecutive nights.

During the first movement, after not only the cadenza but also at two other moments, the audience broke out into a spontaneous appreciation of Alexandra’s virtuosity. It felt like a set of jazz solos, where the listeners show their appreciation while the next instrument takes over. When the movement ended, she received a prolonged standing ovation. The final two sections proceeded without incident.

No one could remember if anything such as this had ever occurred at the Bowl. Certainly it was new for the orchestra and management. Even some members of the audience who came back to visit were surprised, but the overwhelming feeling was that the Bowl is a different animal than the concert hall.

After the first night we wondered if this was just a one-off experience, but sure enough, the same thing occurred the following evening. Now that we were used to it, the surprise factor had worn off, but all of us felt that this was exactly what terrific, spontaneous performance is all about.

This has led me to think about the environment in which concerts are presented. If you are in the Albert Hall, with 5,000 other people, some attending concerts for the first time, of course there are bound to be a few who wish to express their appreciation at moments others think inappropriate. But dampening that enthusiasm is not correct either. Sometimes musicians and music journalists forget that there are newcomers and we must allow them to learn the ropes.

So let us encourage appreciation but with the idea that it is part of the learning experience.