My ten-day visit to Tanglewood at the start of this “Bernstein Centennial Summer” included four Boston Symphony Orchestra appearances in the Koussevitzky Music Shed with Andris Nelsons. Although he included only one Leonard Bernstein composition – Chichester Psalms – each program was conceived with the composer-conductor in mind.

July 6 – Opening night with Lang Lang (link to review, and others, below) 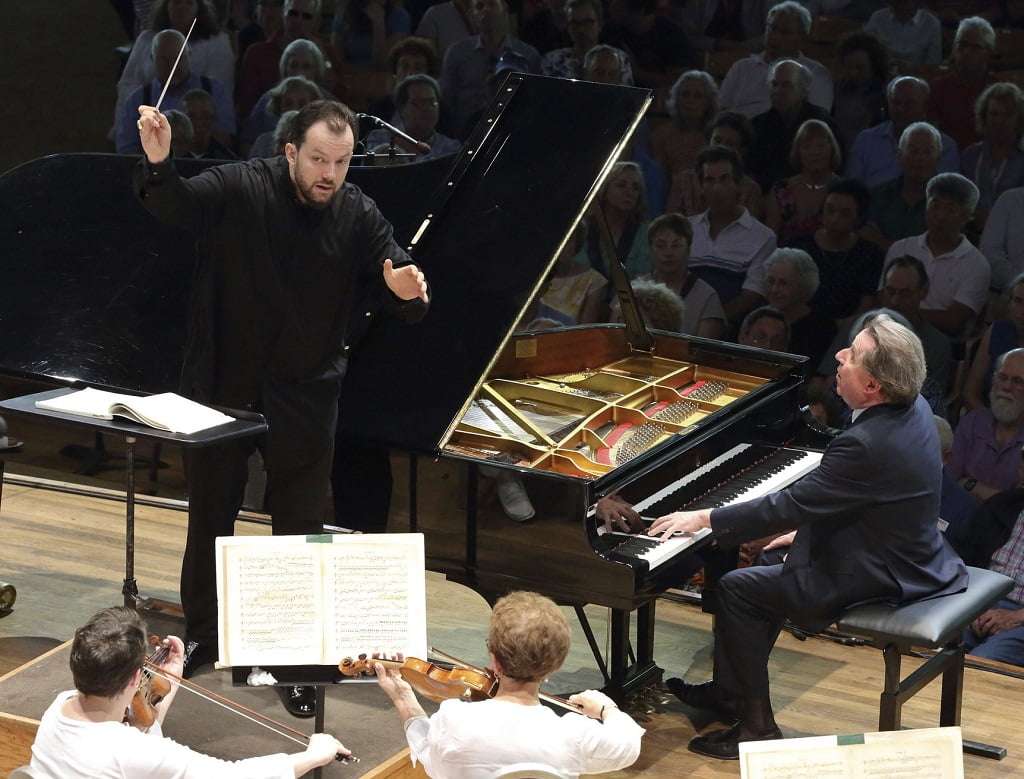 July 8. Two works in D-minor, replicating Bernstein’s first BSO appearance, November 1944. Rudolf Buchbinder’s traversal of the opening movement of Brahms’s Piano Concerto No.1, introduced by Nelsons’s suspenseful treatment of the tutti, was suitably majestic. Buchbinder was equally adept in delicate runs and stormy outbursts, in fine collaboration with conductor and orchestra. The Adagio was quite beautiful, gaining intensity of feeling, and the Finale impressed, Buchbinder sparkling. As an encore he played Alfred Grünfeld’s Soirée de Vienne, a paraphrase on motifs from Johann Strauss II’s Die Fledermaus. After intermission, Nelsons led a stirring account of Shostakovich’s Fifth Symphony, central to Bernstein’s repertoire. Nelsons successfully balanced contrasting emotions in the opening movement, the strings outstanding in sustaining nervous tension and sweet serenity, percussion leading the way in martial segments. Irony and sarcasm informed the Scherzo, sadness and mystery highlighted the Largo. The Finale was bombastic, Nelsons leading this ambivalent music to (here) a triumphant conclusion.

July 9. Tanglewood Music Center Orchestra. The first half of this concert in Seiji Ozawa Hall was conducted by TMC fellows. Yu An Chang, who becomes the BSO’s assistant this fall, led Bernstein’s Opening Prayer (aka ‘Benediction’ when the final movement of Concerto for Orchestra), which had its premiere at the 1986 reopening of Carnegie Hall conducted by the composer, and it also honored the inauguration of Ozawa Hall in 1994 (Bernstein dead four years). Thomas West sang the Hebrew text of the priestly blessing (“The Lord bless you and keep you”), his octave leap to the long-held final note breathtakingly beautiful. Then Gemma New, music director of the Hamilton Philharmonic Orchestra (Ontario) conducted a stirring ‘Vyšehrad’ from Smetana’s Má vlast, the players responding ably to her dynamic cues, and Chang returned for a festive rendition of Dvořák’s Carnival Overture. After intermission, Nelsons guided the TMCO through Richard Strauss’s Ein Heldenleben, notable for Vincent Meklis’s superb violin solos portraying the Hero’s Companion and a glorious horn contribution at the close. 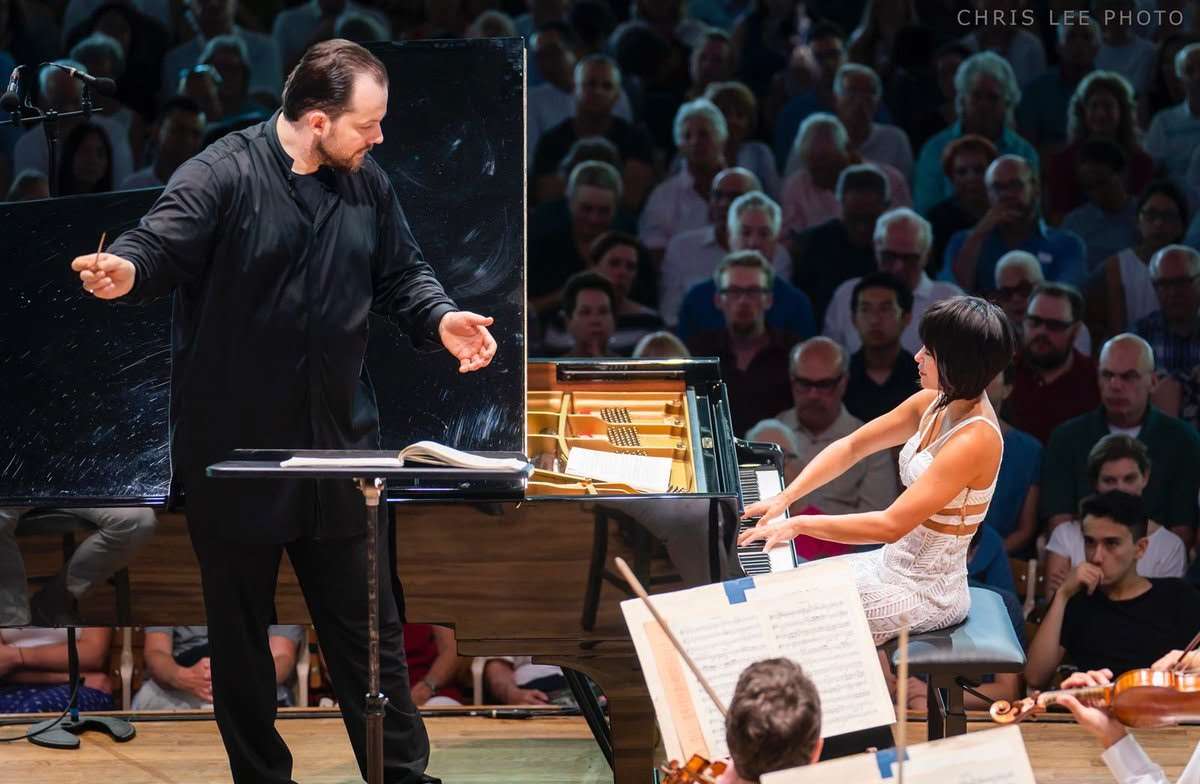 July 15. My Tanglewood stay ended here. Nelsons led a sunny account of Mendelssohn’s ‘Italian’ Symphony, exposition repeat observed, strings excelling. Nelsons set his baton aside to impart a swaying character to the Minuet-like third movement, and trumpets and timpani set the pace as the flute danced along with swirling violins in the Finale. Yuja Wang, clad in a long white gown, was brilliant in Beethoven’s First Piano Concerto. Nelsons, for the most part, kept the orchestra out of the soloist’s way, and her traversal of the composer’s longest first-movement cadenza was spectacular. The Largo came through with tenderness and delicacy, and the Finale with spirit. The concert concluded with a marvelous reading of Chichester Psalms, sung in the original Hebrew. Psalm 100 was marked by bouncy rhythms and percussive outbursts, and treble Rafi Bellamy Plaice was excellent in the first line of Psalm 23 (“The Lord is my shepherd, I shall not want”), with fascinating counterpoint between the men and women of the Tanglewood Festival Chorus. Sweetly melodic strings and fine solos on harp and cello stood out in Psalm 131, after which the Chorus beautifully sang, a cappella, the opening verses of Psalm 133 in praise of friendship and unity.

Tanglewood’s Bernstein celebrations continue throughout the summer – West Side Story, A Quiet Place, Fancy Free, and Candide. A gala concert on August 25 hosted by Audra McDonald marks the centenary itself, the BSO joined by members of the New York, Vienna, and Israel Philharmonics and other Bernstein-related orchestras, and also Midori, Yo-Yo Ma, Susan Graham, Isabel Leonard and Thomas Hampson.