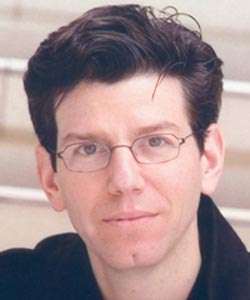 To achieve success in life a bold decision is sometimes called for, and that’s how it was for Robert Carsen. Looking back now on the moment when he took things into his own hands, he calls it an epiphany. “I was at York University in Toronto and wanted to become an actor. To major in theatre meant studying for a fine arts degree and to that end I was taking an exam. I was in the middle of writing a paper when it came home to me that, instead of studying all the things that I wasn’t really interested in but which you are expected to do as part of a liberal arts education, I wanted something much more intense. So I decided to leave. I got up from my seat, put my paper in the bin and went home to tell my parents that I was departing the next day for London – which is what I did. Why London? Well, I had never been here but there are so many theatre schools in England that I had always dreamt of going to one of them. But when I arrived all the theatre schools were full. They weren’t seeing any more people at the time, so it was a disaster. Eventually I did some auditions but had to invent ruses to do so. Eventually, to cut a long story short, I went to the Bristol Old Vic Theatre School.”

It was there at Bristol that another key moment occurred, one that could be called pivotal. “At the drama school they asked us to direct each other because that’s a very good exercise for an actor. I enjoyed it very much, but it was just part of the basic training. However, the teacher there was a wonderful man called Rudi Shelley, a legend who died in his nineties. He took me aside one day and said: ‘I think you’re a director – you should think about it’. At first it seemed that he was telling me that I was a rotten actor, but that wasn’t it. He pointed out to me that I came to all the rehearsals, not just attending for scenes I was in, and also that I was so full of suggestions that I was driving the directors crazy with my ideas. ‘You may not notice it,’ he added, ‘ but very frequently they end up using those suggestions of yours, so I do think that you’re a director’. And, when I came to ponder his words, I felt that he was right. So that’s how it started.”

Being at the time only 20 or 21, Robert was aware that the most he could hope for was to work as an assistant director and even that would not be easy. However, his parents were opera-lovers and consequently as a child he had been fortunate enough to be exposed to that art form as well as to theatre. Accordingly to work in that field became a possibility. He takes up the story: “By a strange quirk of fate, I ended up getting a job as an assistant at the Spoleto Festival, the creation of the composer Gian Carlo Menotti. I was to be involved in a production of The Queen of Spades with Magda Olivera as the countess, so, of course, I was very excited. I arrived at Spoleto having driven all the way across Europe in my little beaten up Mini into which I had packed all my bits and pieces, and when I got there they had no idea who I was. Menotti had forgotten to tell anybody that I was coming. So that was a terrible moment, but I waited around until I could speak to the director. I explained to him my whole background, how I had set out and just how important it was for me to work on this production even if unpaid. So that was accepted and at that point my luck changed. First of all it transpired that the assistant director they expected wasn’t coming for another week so that in the interim I was able to be useful. Then, when he did arrive, it turned out that he couldn’t speak a word of English. Magda apart, all the principals were English and the chorus also, and therefore he was unable to communicate with them. So it wasn’t a case of my putting him out of a job but we did it together.”

That was the start but it was still difficult for Robert to find work, although he did make it to Covent Garden in the late 1970s, albeit as an unpaid assistant on Ariadne auf Naxos with John Copley. He was there again when Birgit Nilsson appeared for the last time as Elektra but the real experience he gained in those early days occurred at Glyndebourne. He became one of its associate directors working there for four or five years.

However, when it comes to picking out the crucial steps in his developing career he cites two: directing Boito’s Mefistofele with Samuel Ramey in a production that travelled from Europe to America and later back again and being invited by Marc Clémeur of the Flemish Opera to do a cycle of seven operas by Puccini in 1991. The following year his versatility was confirmed when he won acclaim in Canada for the world premiere of Harry Somers’s opera Mario and the Magician and for writing and directing Buffalo Bill’s Wild West Show for Disneyland outside Paris, a production which, as he tells me proudly, is still running. That diversity would continue to mark his work since, apart from straight theatre (examples include Lady Windermere’s Fan and Rosencrantz and Guildenstern Are Dead), he has directed non-operatic musical works ranging from Ute Lemper’s one–woman show Nomade to two Andrew Lloyd Webber pieces (The Beautiful Game and Sunset Boulevard). Just recently he did Candide in Paris and will be directing it again in London next summer for English National Opera when Toby Spence will have the lead role.

It’s clear therefore that for Robert the whole range of what is out there is attractive. “I’m fond of all forms of the performing arts including all forms of theatre. I love the dance. I go to the cinema too. I find that they are all interesting and that for me they nourish each other. In fact, I think that all performing arts are aiming in the same direction, being concerned with contact with their audience. They may want to transport you or move you or make you laugh or, indeed, to comment on the human condition, but whatever it is there’s no real division.”

When Robert’s work is discussed, he is often referred to as a ground-breaking director, a term that suggest to some a desire to be different and experimental, and I wonder of this is a perception of his work that he welcomes, or if he feels that it overemphasises what is only a single aspect. “I think it’s difficult for anybody to stand outside of their work and to imagine how it should be perceived, but I would like to be considered a very good director. That can mean different things to different people. I don’t set out to provoke, although for me it is always desirable to find a new way into a piece. However I would stress that any such new way must come from within that piece. That means being extremely rigorous with yourself in considering what the work is about, and that’s before starting to interpret it and before making decisions with the designers about going in a certain direction. I’m always interested when doing an opera as to what the motive was for the composer. Unless it was a commission, what was it that made the composer go through all that effort of putting pen to paper, of creating something that in musical terms had not existed before? I ask myself why he should have been so moved, so driven, so passionate that he would want to set that particular story to music. Also having been trained as an actor I am very concerned about the player’s connection to the material, both to the text and to the music. I think that the essence of theatre lies in human expression. Some people may enjoy seeing sets moving around, but I don’t think that’s why we go to the theatre. We go for the connection it has with our own humanity through the catharsis that theatre can provide: that connection is what is essential.”

Today Robert’s work is increasingly centred on opera and he explains how this has come about. “It’s largely because with opera work they tend to book you so much in advance. Furthermore, a certain number of my productions are getting done again. When that happens I like if possible to be involved in some way. If a production gets invited to another city because people consider it has merit, then I like to be there, and often when you do pieces again with fresh people involved you see new things in them that enable you to make improvements. But it’s not just that because in addition you develop a special feeling about the productions on which you work: in a way they become like your children.”