As listened to from BBC Radio 3 relays, with the usual thirty-day iPlayer advice from the broadcast dates shown, a few words follow.

Both concerts referred to here (linked by Oliver Knussen as conductor) contained other music – not least by Aaron Copland, Morton Feldman and Vassos Nicolaou (the latter’s Frames for piano duet making a big impression) – but I am restricting myself to engaging Cashian and vibrant Birtwistle. So here goes. 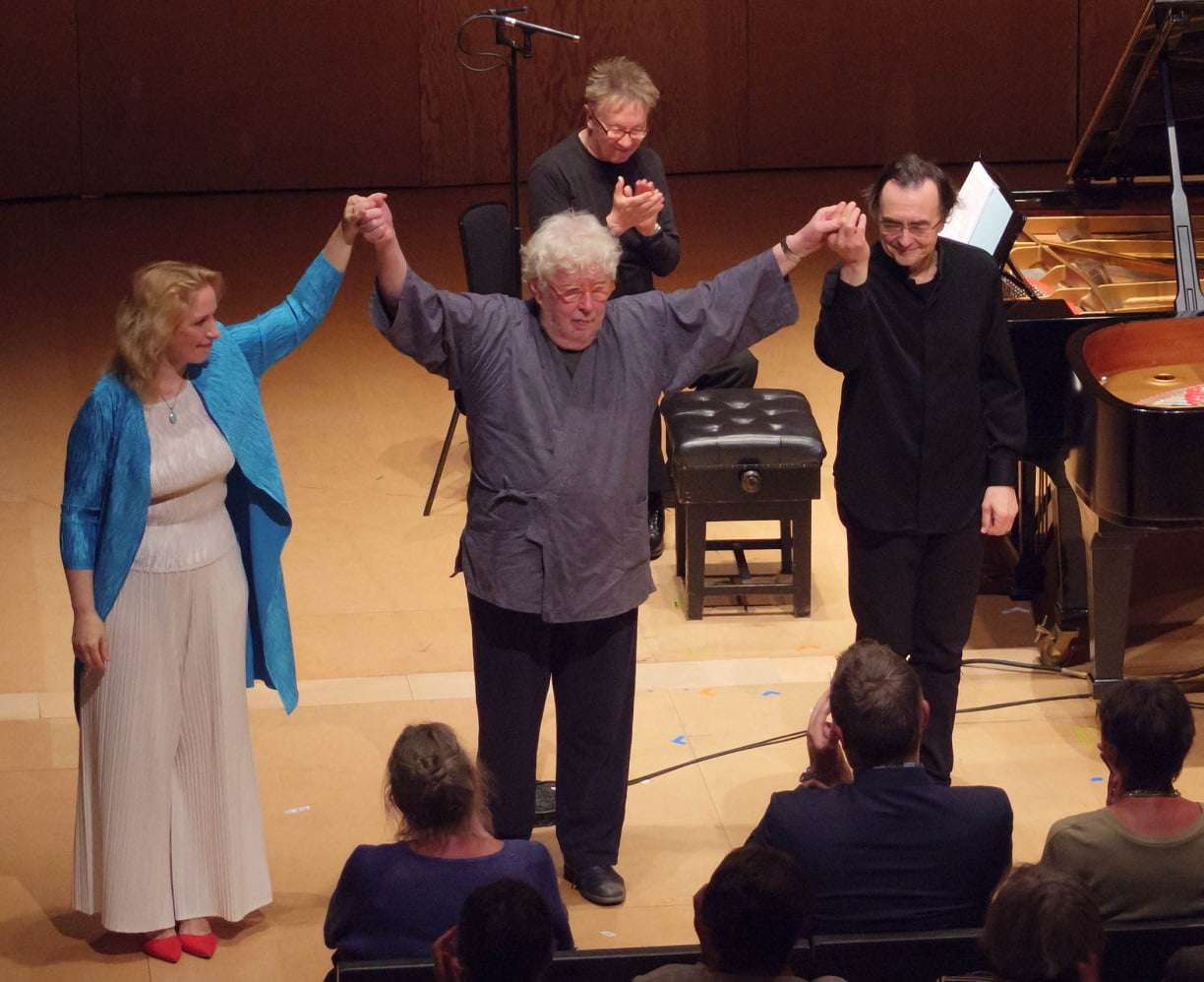 Live on R3, June 18, from the Britten Studio, Pierre-Laurent Aimard and Tamara Stefanovich went from Nicolaou’s single keyboard to two pianos for the world premiere of an Aldeburgh Festival commission, Harrison Birtwistle’s Keyboard Engine (Construction for Two Pianos), the instruments musically independent yet also dependent on each other, a series of postcards (said the composer), quite lyrical and rather sad to begin with, then explosive contrasts, the music tremendously rhythmic and in complex patterns and competitiveness. Ideas abound in such quick-change artistry, with another, then many more episodes waiting in the wings, energised, until finally running out of breath, stuttering, mechanisms running out of juice. This brilliantly played premiere from Mr & Mrs Aimard left in no doubt that Birtwistle, in his mid-eighties, remains a composer of vivid alive music; large-scale, too, at twenty-five minutes. Earlier in this concert Knussen conducted the Aldeburgh Festival Ensemble (strings, flute, piano, percussion) and Claire Booth in Birtwistle’s Three Songs from The Holy Forest (words by Robin Blazer), both a UK and world premiere, for the composer added music to the third setting, ‘The Borrower’, on the day; all rather good. 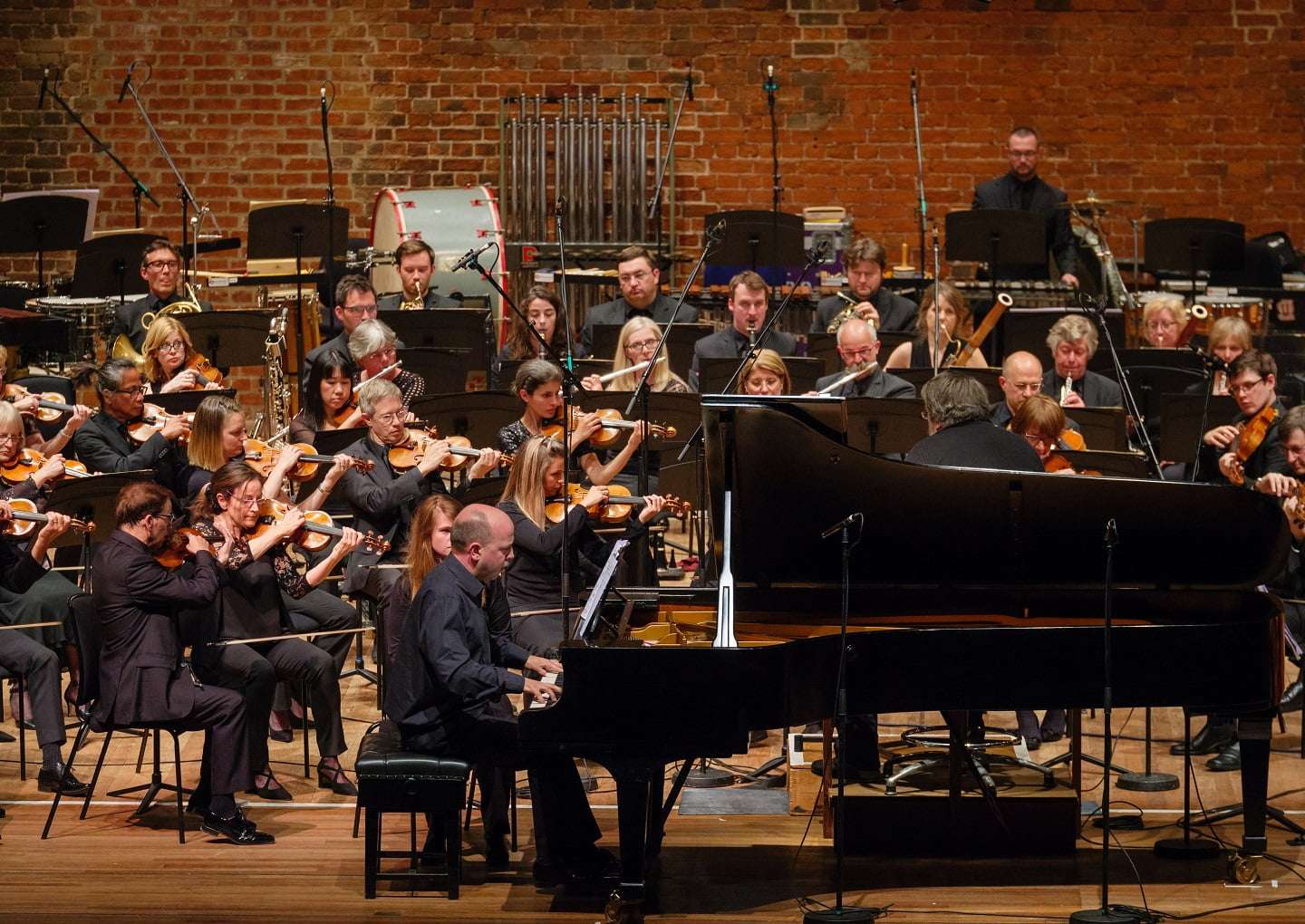 Two days earlier, June 16 in Snape Maltings Concert Hall, and broadcast on the evening of the twenty-first, Knussen had conducted the BBC Symphony Orchestra in major scores by Copland (Appalachian Spring, complete, and Music for a Great City, the latter illustrating New York although written for the LSO) and also the fascinating Structures by Feldman, short enough for a Knussen trademark, a welcome repeat, but he didn’t, seemingly. The concert’s centrepiece was the belated first performance (originally scheduled for January last year) of a BBC commission, Philip Cashian’s The Book of Ingenious Devices, a Piano Concerto for Huw Watkins inspired by a centuries-old tome. It opens in terms fast and puckish, with deft writing for all concerned, not least solos within the orchestra, the music bustling with life and sonority spiralling downwards to reveal a lyrical violin line before rapidity is restored, brass signalling (fantasia-like) a slowing in pace and mood, although activity dances on the surface and there are Lutosławski-like brass-calls cueing the still-centre of the piece, mysterious, quietly enigmatic. Then the piano becomes animated once again, the orchestra stabbing at it but not inhibiting its whirlwind presence and – as it happens, pace Birtwistle – the mechanisms run out of clockwork in the final measures. Lasting just over twenty minutes, Cashian’s Book in this first-rate premiere is a perfectly proportioned and dovetailed piece that is consistently inventive and ear-grabbing, and will certainly repay attention.