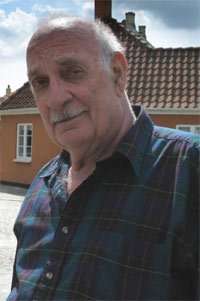 The American composer George Crumb is the latest subject of Total Immersion, the BBC Symphony Orchestra’s day-long exploration of a single composer, this one to be given in the presence of Crumb who has just celebrated his 80th-birthday. When I call to congratulate him on the occasion and get his thoughts on the festival he sounds as bright as a button. Talking in a relaxed manner, his voice retains a youthful sparkle. “I have just returned from a trip to Alabama where I saw the Alabama Symphony Orchestra conducted by Justin Brown. They performed A Haunted Landscape and it was a beautiful performance. They’re changing the orchestra in a very good way down there.” As is his wont, he pauses briefly, and then resumes his slow but steady conversation. “I guess I’m not travelling as much as I used to, what with all the aches and pains I get now!” He will, however, be making the journey to London.

What has been his input? “Well it’s quite a range of pieces they have there, but I haven’t had any input into it at all. I had a visit from someone from the BBC, who came to my house in Pennsylvania, and from there it was pretty much planned by them.” I’m keen to ask the composer how he spent his 80th-birthday, and it’s oddly comforting to discover a tale of relatively domestic bliss. “We stayed at home here, and it was pretty much a family thing, especially as it’s been raining here like Noah’s deluge. We’ve never seen as much rain here as we have in recent weeks!”

George Crumb began his compositional career writing in traditional forms, such as sonatas and a string quartet. As he puts it, “I was rewriting composers I loved. I thought Mozart was contemporary when I was ten, so I wrote Minuets and worked through those. My father was a band conductor, like Charles Ives’s was, and he conducted a Masonic band, so I had those sounds in my ears from an early day. Being from West Virginia there was also lots of folk music, there was country music, and we had those revival and hymn tunes that Charles Ives loved. I played piano and keyboard.” 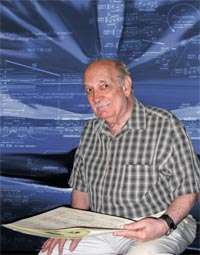 As a composer Crumb is well-known for a vivid sonic imagination, and even now he can pretty much put a year against the realisation. “It was around 1962 when I first started to use some imagination in that way. I knew the names John Cage and Henry Cowell, but there were not many recordings to go on. So I knew there had been some experimentation, but I had to go it alone.” Did that mean experimenting with prepared piano? “Not really, as you will have seen from Makrokosmos – the effects can be put in place by the performer during the performance. My approach would definitely be not to lock the piano under a particular set of conditions, as Cage might have done, because once you prepare it like that you’re stuck with it as it is.”

Total Immersion will include a new film on Crumb and his music, entitled Bad Dog! The composer recalls its filming. “I sat-in on the recording sessions, and performed in the Little Dog suite that I wrote, playing percussion. We did a little interview for it, and they excerpted a few passages. I did see the film when we were in Alabama, they showed me what it looked like, and I must say I think they’ve done a very good job. They also showed Apparition, the Thelonius Monk piano suite that I did. I’m now anxiously awaiting a copy so that I can show my wife!” And the title? “Well we have two dogs, and my daughter comes down to see us quite a bit and she has two also. We used to have six here, it was quite a herd.”

Crumb talks about his pieces very modestly, as though they were letters he had written to a friend, so when I ask about what if any influence he has taken from jazz or popular music, he is similarly conversational. “You know I haven’t taken that much directly. I think it’s always the case that American composers give a lot to jazz, even if their music doesn’t sound like it does. There is a certain sense of rhythmic freedom, and a pushing out of what the instruments can do. I don’t think the trombone, the trumpet or the clarinet have ever been quite the same after jazz, and that’s not something that is really talked about. As far as my compositions are concerned, two or three pieces go into Blues, including one section of the Monk piece in particular. I have a whole series of American songbooks, in fact I have six of these monsters, and two or three of those songs have a kind of bluesy feel to them.” He pauses as if in thought. “I never played real jazz, but I did play cocktail piano as a kid, and even played in a big band as a student, earning extra money.” 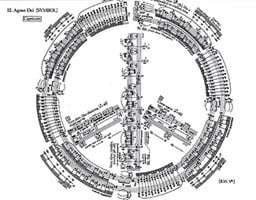 Total Immersion will feature a large proportion of Crumb’s orchestral output, and he expresses a desire to return to this form. “You know, I really do want to write more for orchestra, as I have only four pieces in addition to A Haunted Landscape. I have the Variazioni, which I think is probably one of the best.” Is it the case, then, that he feels a smaller ensemble is more natural medium for his music? “I do think the chamber dimension is more elastic in terms of rhythmic things you might do and you also have to consider that orchestral music costs ensemble time. If you push too far you’re running into an economic problem, and your music will probably sound under-rehearsed. Having said that I have thought recently that I might go back to the orchestra. I’m anxious to see how the BBC does with the pieces, particularly the processionals in Echoes of Time and the River, the very lush passages that are in there. I am hoping to be in London a couple of days in advance, so hopefully they will invite me in to rehearsals.”

Crumb’s music is also known for its inclusion of, or explicit references to, music of other countries and cultures. Considering this aspect, he takes a while to think. “I guess it started in my student years in Michigan as we were looking into the music of other places, and in particular looking at the Smithsonian Folkways albums. There was music from everywhere that we could listen to, including Borneo, Africa, South America, Tibet. At the time Ethnomusicology was hardly popular, but I remembered the instruments and what the music was like. I think there is a long history of making these references that goes back to composers such as Debussy, who had done this sort of thing with Balinese music. Philosophically I think it’s all coming together.”

Does he feel that he is still discovering new music? “Not on the scale that we were before. It’s true to say that it is a never-ending process, but it has definitely slowed down, and finally the influences have reached home. I think in this day and age that we are open to maybe too many influences, as they are so available to us. Back in Beethoven’s time we didn’t know about Chinese music, we didn’t even know about it two generations back. I’m not sure if danger is the right word, but it is certainly a challenge to make things stylistically organic. I would return to Debussy, who for me is a wonderful model in the way he shifts those styles, and can make them his own. I love Debussy’s music; he was a big influence and remains so.”

With that our time is up, but ‘meeting’ George Crumb through conversation has been a most enlightening experience. He is a charming man, though even over the telephone it is possible to detect the inner intensity that bursts forth so readily in his music. With several pieces in Total Immersion receiving performances in this country for the first time in years, it is a good chance to be reminded of one of the today’s most influential musical explorers.