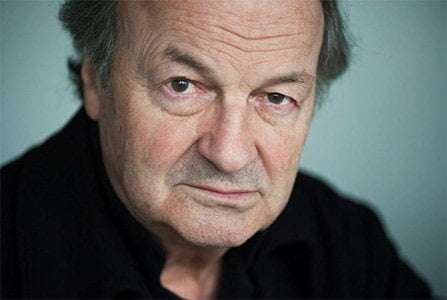 The Brussels Philharmonic Orchestra and its principal conductor Michel Tabachnik are increasingly regular visitors to Cadogan Hall. This year marks their busiest residency at Sloane Square thus far, with a three-part series celebrating the spirit of Diaghilev’s Ballets Russes. The concerts look at some of the music from Russia and France that played such a big part in the company, from Mussorgsky’s Night on a Bare Mountain and Rimsky-Korsakov’s Scheherazade to Stravinsky’s Firebird and Petrushka. The concerts will also include the two Ravel piano concertos, with Andreas Haefliger as soloist. Tabachnik revealed some connections he himself has to Stravinsky and Diaghilev, as well as paying tribute to the recently departed Claudio Abbado.

“I have been one of the first, if not the first, to conduct this production in the Opéra de Paris, which I did in 1991 and 1992. We reconstructed the choreography of Diaghilev. It was a full premiere in Paris and we did The Rite of Spring, The Firebird, Petrushka and Les Noces. They found a way to rebuild the original choreography of the Parisian performances, and we did four different programmes. I am very near to this music, not to mention that my home town is Geneva, where Ernest Ansermet lived.” 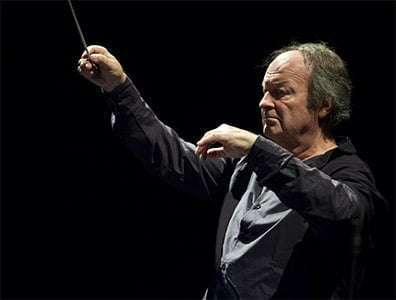 Tabachnik met the great Swiss conductor – a friend of Stravinsky’s – on a few occasions. “I played with him in the orchestra as a percussionist. I was young when I met him, because he died in 1969, but my father was also in the orchestra with him. I had the opportunity to speak with him about Debussy, and because of that Jeux is very close to me. It is a very complex work. I learned that looking at the character of the music is a very different way of understanding it. Ansermet was more romantic with it from what we are today. He explained to me how to analyse it, as he did with Stravinsky’s music, and the structures became very much more instinctive to me, and not as mathematical. He explained it with The Rite of Spring, and he was the best conductor of Petrushka.”

Tabachnik has also studied Stravinsky’s music with Igor Markevitch and Pierre Boulez, the latter he describes as having “a very different approach. He is not very interested in the balletic effect, but much more in the symphonic. Since I conducted this music in Paris I find that I do things in a more balletic way, and that affects the tempo as I follow the steps of the dancers. It means the tempo is more varied in my interpretations.”

We move on to discuss Diaghilev himself. “He always wanted to know who was the new composer and if they were of importance. He had a fine nose and chose very modern composers to work with in Debussy, Ravel and Stravinsky.” And when performing the Diaghilev commissions, he says that “musicians are very sensitive of something which seems or sounds true. If you are completely true with the music, and are connected to the story of the ballet, it is very much easier. You know what the colours should sound like when the puppet arrives in Petrushka, and if you know the movements of the dancers you have a tempo that is connected to the truth, and the musicians and the public feel that. I have nothing to preach or to say, just to convince the musicians of the truth through the music.”


The Brussels Philharmonic is proud of its Cadogan Hall residency. “It will be the third time that we have been here, and we are coming next season already”, he announces. “We are familiar with the hall but you do have to take care with a big orchestra, so I try to perform even Petrushka and Scheherazade, which are powerful works, in a way that gives them a sense of colour. Stravinsky is very much coloured by the different families of instruments, so there is a need for the soloists to come out, and the rest to accompany. This suits Stravinsky and Debussy, because it is not massive music a lot of the time and I try to remember that to fit the music into the acoustic of the Cadogan Hall.” 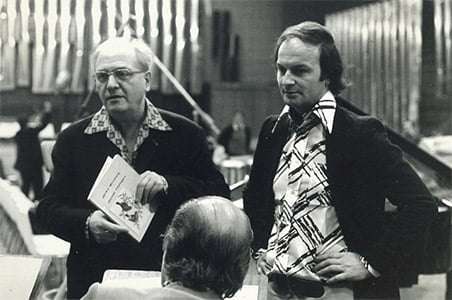 At our time of speaking the orchestra was about to link up with Andreas Haefliger to rehearse the Ravel piano concertos. Tabachnik is excited about their inclusion in the programmes. “It is rare to hear both so close together, and that is very nice, as they are extremely different. The G major is more Spanish in flavour, and the one for the Left Hand has jazzy moments.” The latter work was composed for Paul Wittgenstein, who lost his right arm in World War One. Tabachnik is conscious of the positive message given by celebrating creativity around ‘The Great War’, in a year when the atrocities of the conflict will inevitably and rightly take much of the focus. “It is more or less one hundred years now since it started, and what is fantastic is that you have on one hand 20-million dead people, even more than that maybe, and on the other hand the artists who gave the impression they wanted to save the world. These years were so full of creation, and for me it feels like it was the real beginning of twentieth-century art. There were the abstract painters, but also with Webern, Schoenberg and Berg in Vienna, and Stravinsky, Debussy and Ravel in France, there were all these extremely important figures of music. This was the real transition to the twentieth-century, not in 1900 but from 1914 to 1918, with Picasso, atonal, and polytonal music. It was an incredibly modern time.”

The Brussels Philharmonic Orchestra was itself once involved in the first performance of a Stravinsky work, of Le Roi des Etoiles in 1939. “I would have loved to have done it with the orchestra this time at the Cadogan Hall”, confesses Tabachnik, “but it needs a choir, which is extremely expensive for the organisation, so I didn’t programme it in Brussels or London. It is a joy, a wonderful piece, and I like to perform it with the Nocturnal of Varèse, and even with the Alto Rhapsody of Brahms. I have often conducted all three pieces together.”

At the time of our interview the sad passing of Claudio Abbado has not long been announced, and Tabachnik is keen to discuss his memories of him. “I spoke for fifteen minutes to the orchestra about him. He is an example to all of us. He was very liberal and in favour of musicians, and he was very sweet with them, understanding their problems and difficulties, and helping them so much, whereas somebody like Toscanini was maybe not so kind. Abbado was very sweet and dear. I think he was the best conductor today for Bruckner and Mahler, especially with the Lucerne Festival Orchestra – the musicians he chose himself, who became an orchestra you could only dream of. I have myself conducted at the Lucerne Festival, and he was there too. The other musicians said it was such a dream and a joy to play with him. He had suffered physically in his life, but he was also someone who was very deep and emotional.”