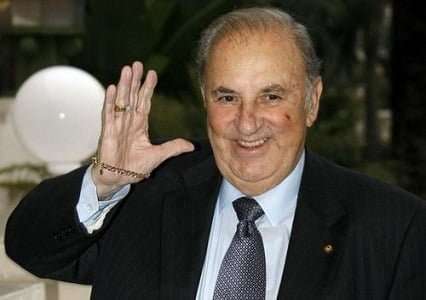 There have been many fine – yet very few great – spinto Italian tenors, but if I were asked to choose one for the desert island, then it would be Carlo Bergonzi who died recently aged 90. His discography is huge, and the studio recordings include a complete survey of the Verdi tenor arias, (Phillips, Arias by Verdi, 3 CDs

) many of the composer’s operas, as well as verismo and bel canto roles. In terms of longevity, Bergonzi’s career was quite remarkable: he first performed in public – as a baritone – in 1948, and retired in 1996. In tribute to the great man it seemed opportune to look at him live in three operas and a recital from the Concertgebouw, featuring the composer he is most associated with, Giuseppe Verdi. 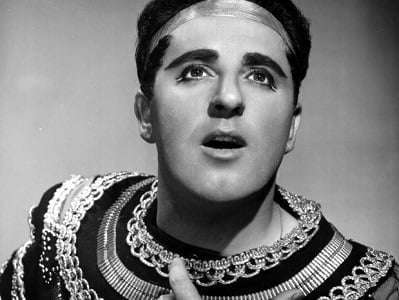 ) is staggering (and, no, you couldn’t assemble a cast of such stellar quality today). Verdi was rather unkind in that after a couple of lines, Radames is asked to sing the recitative and aria ‘Se mal guerrier … Celeste Aida’, where the tenor must be suitably masculine with a touch of introversion in the introduction, then launch into a tune that demands a pure bel canto line, and the ending contains markings such as pppp and a final pp, morendo and also a high B flat. The vast majority of tenors sing the whole thing at forte, or thereabouts – Bergonzi, though, softly caresses “E a te mia dolce Aida”, varies the dynamics and shades the line, as the composer intended, and that notorious B flat does indeed die away. At the end of the Nile Scene Bergonzi shows he can be a showman – and brings the house down – by holding the high A longer than marked.

In the introduction to the final scene, once again it is the tonal and dynamic shading that makes even Jon Vickers (RCA, complete recording) sound unimaginative. The way Bergonzi and Price soar in “O terra addio” belongs to the gods (and, sadly, the history books, where singers didn’t insert a gap between every note, thereby completely destroying the line) and it is very rare to find a tenor who matches – indeed outdoes – a soprano in the range of pianissimo tones he produces. All of this means little unless it is used for characterisation, and Bergonzi presents us with a figure who combines heroism, nobility, resolve, uncertainty and stupidity, with blind, unquestioning love, and doesn’t sound like any of the other Verdi ‘heroes’ the singer specialised in.

), he creates a shallow, cynical and manipulative character, and the concluding ‘Ballroom Scene’ is a masterclass in the art of Verdi-singing. In the dance-like sotto voce exchanges with Amelia, one notices the perfect rise and fall of the line at ‘Invan ti celi … te sei!’, the sudden, sweet pianissimo at “divino amor”, and the slight catch in the voice on the final “addio” before Renato enters and stabs Ricardo, whose death-scene Bergonzi sings at pianissimo and below, and with a Lieder-like attention to detail, where seemingly every word brings a different tonal – and thereby emotional – emphasis. But, and it is a big ‘but’, as this man says farewell to his people – his children, no less – you don’t believe a word of it, to the very end he is showing-off and finally wallowing in self-pity. This is great, great singing-acting, but its intent and effect is far from great or noble. 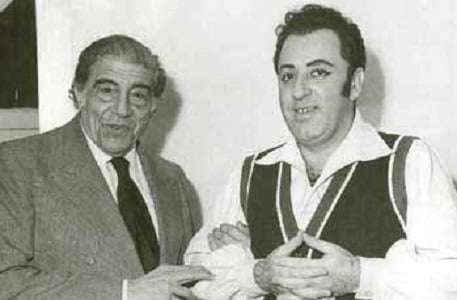 ), and here amongst the centred, macho tone, there is the concern of a loving son, the man who adores Leonora, and a true idealist. Yet it is worth turning to that great bel canto aria, with its two-line recitative, ‘Amor. Sublime amor’, and the marvellous cabaletta ‘Di quella pira’, to hear once again an object lesson in the art of singing. For those who think of Manrico as a character who sings constantly at forte or above (as indeed he does from the vast majority of the singers who ‘interpret’ the role), Bergonzi’s approach will come as a shock, as he uses the same range of dynamic and tonal shading found in Aida and Un ballo in maschera. So the opening lines of ‘Ah, si ben mio’ flow beautifully with finely nuanced expressive variation (but never at the expense of line), at “a fra queglia” the tone softens, at “a me parra” Bergonzi (heaven be praised) trills on the A, and in the final line the dynamic control and phrasing are wonderful (indeed the sheer perfection of it brings a tear to this listener’s eye, and a huge scream from the discerning audience). In ‘Di quella pira’ (only one verse, alas) he is suitably virile and heroic, and brings the house down as he holds the final unwritten high C for twelve seconds!

The 1973 Amsterdam recital (Gala) marked his debut in that city, and time-after-time, one hears a perfectly supported, almost floating, fluid, cantabile line, with innumerable variations in dynamics, tone, shading, and a clear sense of character. Bergonzi ends the recital with Rodolfo’s aria ‘Quando le sere al placebo’ from Luisa Miller, with full recitative and cabaletta. At the beginning of the recitative the tone is pure and focused, the projection immaculate, and then the tone softens only to harden again, and on the penultimate word “tradimento” (betrayal) there is focused power, but unlike just-about every other tenor, the final “inganno!” (deceit) is sung softly to pave the way for the aria proper. The opening lines are floated at pianissimo, even the despair of the repeated “Ah! mi tradia!” (Ah! she betrayed me!) brings resignation rather than shouted anger. The final tradia! is held at ppp: the audience does not applaud, but you can hear murmured appreciation. Then the audience explodes, and when its members realise there will be an encore there is brief, excited chatter, and all he does is repeat the cabaletta, but this time he sings and holds each of the high notes louder and longer. The only word you can really use for the recital is ‘patrician’, the greatest of all Verdi tenors.

Aside from these performances, there are superb live examples of Bergonzi singing Nemorino, Cavaradossi, Rodolfo (La bohème), and no-one would want to be without his Pinkerton with Barbirolli (EMI), or his Turridu with Karajan (DG). Make no mistake; whether in Verdi or Puccini, no greater Italian tenor has ever graced the world’s stages.