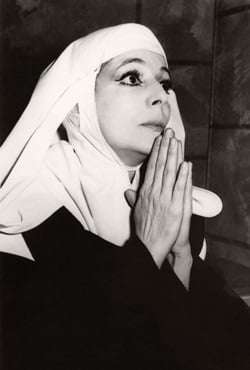 Although she had a relatively short career, Denise Duval will be remembered for being the muse and creator of major roles by Poulenc as well as being a supreme interpreter of French operatic parts, around which her considerable reputation was built.

While much-travelled as a child, her father was in the army, Duval studied singing in Bordeaux, winning a prize on graduation that included a contract with the local opera company. Her debut role was as Lola in Mascagni’s Cavalleria rusticana and also included lead soprano parts in Gounod’s Faust, Massenet’s La Navarraise and Thaïs, Micaëla in Carmen, Mimi in La bohème, and Madama Butterfly.

Moving to Paris she sang at the Opéra, whilst undertaking some moonlighting work at the Folies-Bergère! This latter activity scandalised her parents and the community in Bordeaux as she herself remarked wryly and often, as it was assumed there that this meant she had performed naked.

It was in Paris at a rehearsal for Butterfly at the Opéra-Comique that Poulenc first heard Duval’s voice; the rest is history. They developed a close professional relationship and he composed three great roles for her bright, silvery soprano. The first was Thérèse in Les Mamelles de Tirésias, a work not well received originally – curiously the premiere was as the second part of a double bill with Tosca! The role of Blanche in Dialogues des Carmélites was also one of her calling cards, although she did not sing the role at the premiere in Italy (it was taken by Virginia Zeani), but undertook it at the first French performances in a cast that included Regine Créspin and Denise Scharley. Finally Duval was the original interpreter in the monologue La Voix humaine. 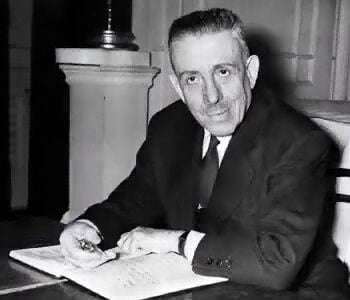 These three roles, the part of Concepción in Ravel’s L’Heure espagnole and Debussy’s Mélisande became her signature roles until her career was cut short in 1965 through a medical accident. She sang Debussy’s heroine at Glyndebourne in 1962 and gave the British premiere of La Voix humaine in Edinburgh in 1960.

Contemporary reviews indicate Duval was possessed of a voice of brilliance allied to a sure technique, strong dramatic intelligence and striking personal beauty. All these roles were recorded; the recording that captures her Blanche in Dialogues des Carmelites is the classic one conducted by Pierre Dervaux, still imposing today and remaining available.

In an interview for Lanfranco Rasponi’s book, The last prima donnas, Duval gave the author a candid interview, an assessment of her career, and the impact of Poulenc on her: “…impossible to evaluate what I would have become without him. Les Mamelles is the most imaginative of the Poulenc operas, Dialogues the most touching, and La Voix humaine the most compelling.”