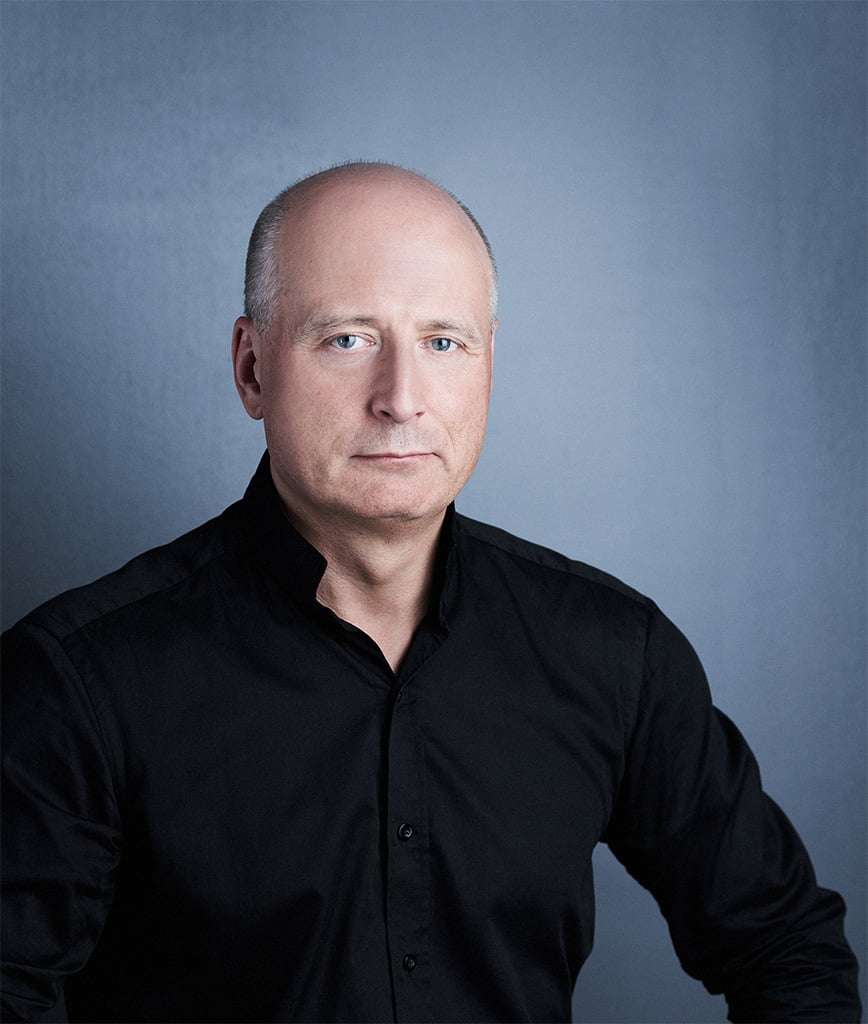 Introduction
France is not widely known for much, if any, enthusiasm for the music of Jean Sibelius. The outburst in the 1950s by René Leibowitz, describing Sibelius as “the worst composer in the world” has lingered in certain quarters. However, this ignores the admiration for Sibelius by the Spectralist School of French composers, introduced to Sibelius by their mentor, Harry Halbreich. The news of Paavo Järvi’s Sibelius Cycle comes as a real boost to Sibelius’s fortunes in not only France but also the wider World.

Interview
I began by asking what were Järvi’s earliest memories of hearing Sibelius?

“The very first memory was probably the Violin Concerto. The interesting thing about Estonia, my country of birth, and bearing I grew up when it was part of the Soviet Union, was that Sibelius was known because of Estonia’s proximity to Finland but he was not as much performed as people may think today. Most of the music of culture was very strongly influenced still by Russia. My father [Neeme Järvi] conducted Sibelius but I think the cycle of the Symphonies was first played by Kondrashin or, perhaps, Rozhdestvensky. But it was a long time after my family thought it should have been. I heard the Second and Fifth Symphonies when my father performed them in Estonia.”

I asked him was your memory of hearing the Violin Concerto a live performance or at home?

“Most of the music I first heard was in the home. My father was a record collector. I was about five or six when I heard the recording by David Oistrakh and later the one by Gidon Kremer. My early music education was my father asking my sister and me to look at scores while listening to records and being asked to identify where we were in the score and which instruments were playing. For Sibelius I remember hearing pieces like the Karelia Suite before any of the Symphonies. Oistrakh would come to our summer home in Pärnu, the third city in Estonia, a spa centre popular with many celebrated Soviet musicians. My father had very good relations with them as he was himself known for being a well-respected conductor in the Soviet Union. Now we have an annual music festival at Pärnu in July and I am the founder and Music Director.”

I asked when he began his conducting career?

“My first professional concert was in 1985 at Trondheim, Norway, and I was asked to conduct Sibelius’s First Symphony. I quickly realised that if you are a Nordic conductor this is the repertoire you are closely associated with and this continued throughout my early career, which developed after my family moved to the US when I was eighteen. I acquired a certain pride in the Nordic repertoire.”

May I now jump ahead to your arrival at the Orchestre de Paris. What were your early impressions?

“I succeeded Christoph Eschenbach who had concentrated on the central Germanic repertoire. I thought we needed to do something else, a little bit different. The obvious area was Nordic music. The eventual result was playing Nielsen, Sibelius, Estonian music and, at one point, a complete Peer Gynt in French. But it also gave me a chance to do a lot of French music, which I love. We did recordings of the staple French repertoire and contemporary works.”

Was some of this repertoire new to you?

“Yes, but it was a chance to expand my knowledge. We expanded into works that were new to the orchestra as well as to me. We were on a voyage of discovery together. There is this view that French orchestras produce a transparent sound, not one we hear in Germany for instance but I found the truth to be the focus is on producing a beauty of sound that becomes extremely expressive, without loosing the lightness and elegance. I am grateful to the orchestra opening my ear to how French music should be done. In return a player thanked me in open conversation for bringing French music back to the Orchestre de Paris.”

At what point did you decide to introduce Sibelius?

“Our very first concert had La Péri by Dukas, with Sibelius’s Kullervo. They had never played either before. They had never been through a weirder concert in their life! But I never encountered a dismissive attitude towards unfamiliar music. Even in what to them was a strange-sounding work as Kullervo the minute they became interested or captivated they gave everything. They always acclimatised quickly whatever the circumstances. I came to admire this as we worked our way through the Sibelius Cycle and in particular the Fourth Symphony, which actually came easily to them. The message after Kullervo was we have something new now.”

How did you plan to introduce more Sibelius from that moment?

“We began with Symphonies Two and Five, which the orchestra had already played under other conductors. Then I wanted to perform the other Symphonies one at a time over a period of a few seasons.”

Did you encounter issues of the idiom or sound you wanted from the orchestra?

“You know, the players quickly recognised the early influences from Tchaikovsky, Wagner and Bruckner so felt comfortable in the early two Symphonies. We both accepted this as an extension of the Romantic era. What I learned was that whenever the orchestra found an opportunity to make something sound a little beautiful by adding, say, portamento it would tend to do so. To understand this attitude I sat in all the auditions and the ones who came the best-prepared in the set works were often not the ones chosen. Instead the ones chosen were those that who showed a bit of flair in their playing. It was choosing the most musical person not the best technically prepared. So, once we got to know each other and got closer to each other I added the less familiar Symphonies one by one. By this time the evolution of the sound I was hearing showed to me the orchestra was playing great.”

What memory do you have at the beginning of this phase of playing the Cycle?

“I remember tackling the Third Symphony not too slowly but with spirit and joy, and they loved it immediately.”

In that case how about the middle movement. How did that go?

“This movement is very difficult to play. Choosing the tempo is crucial. I wanted one not too slow as to sound sad but not too fast as to sound superficial. I wanted the players to enjoy playing the music that can sound a little remote. They grasped my intentions very quickly. I wanted them to hear warmth in the same way they do in Ravel. As an anecdote I remember my teacher at the Curtis Institute, Max Rudolf, ninety years old, saying he rehearsed the Third Symphony three or four times but just did not understand it. He gave up and replaced it with Brahms!”.

Eugene Ormandy also said he did not understand the Third Symphony and he never conducted it. Going onwards to the later Symphonies were there moments you felt you were not achieving what you needed?

“Yes, and I knew I had to work extra hard. By the end we did get it together. I invited the players to my house and, over drinks, I said Sibelius has a special sound. It is not like French music. There are times in the later music which needed a certain effect on, say, the horns or even the strings; most sections are involved. The players needed a new approach. Sometimes the music is not the melody you expect. It is like a different language. I had to coach this new manner of playing. It took a long time. It needed to be less-beautiful in sound, less polished in tone. Sibelius came from the North where Nature strikes to kill. It was uncomfortable for them at first.” 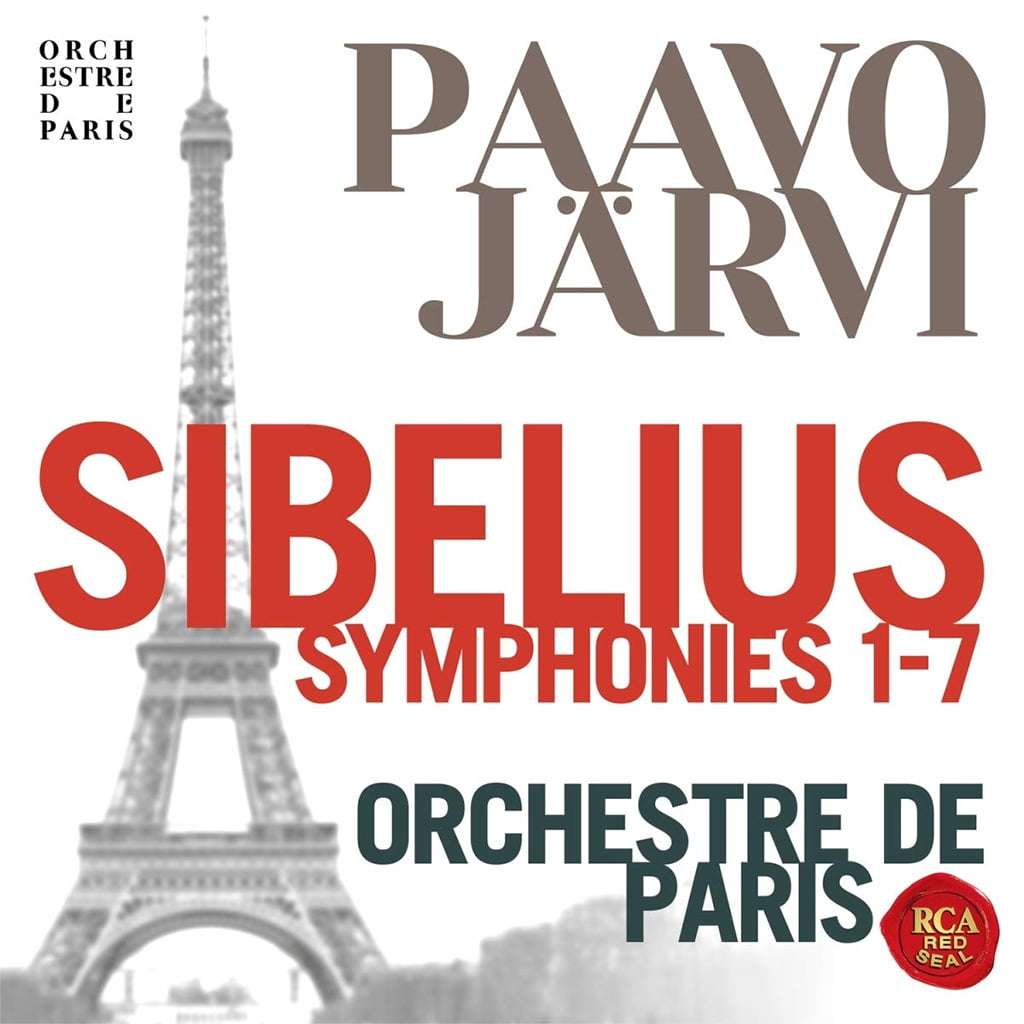 Would you say some Symphonies went down better than others?

“We had long gaps between the playing of each work so I can’t say there were strong differences of opinion. When we played the Second Symphony they got so pumped up and excited. It became truly epic. Take the Sixth Symphony which is a nightmare to play, very difficult. It ends in an enigmatic way, leading to a stunned silence. It defies normal logic on ending a Symphony. But they did it really well. I was delighted.”

This reminds me of Colin Davis telling me that the Bavarian Radio Symphony Orchestra never got anywhere near to understanding the Sixth Symphony when taking it in on tour. How do you feel now on the issuing of the cycle?

“I am totally happy with the result. Was it a right project to do in France? I am very proud to have achieved what we have done. I realise it is a myth that French players do not understand Sibelius. Pure prejudice. It is the same as Max Rudolf telling me Mahler was a first-rate conductor but an amateur composer! We know this to be completely wrong today. So it is with Sibelius performance in France so far as I experienced with the Orchestre de Paris.”

Do you have any final thoughts?

“Well, at the end of our last concert together, it was the end of a long German tour, we had a champagne reception and a player came up to me and thanked me for all the years playing together and especially thanked me for bringing Sibelius.”