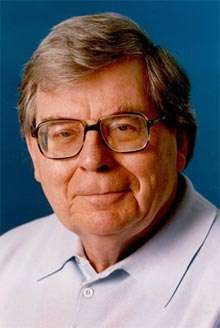 I first met Sir Edward (or Ted as he was universally known) Downes about a
week before Christmas 1978, a year or so after I had become the BBC Northern
Symphony Orchestra’s Senior Producer. He had been a regular visitor to the
orchestra in Manchester since 1969 (on that first visit, his manager, the
legendary Howard Hartog, had mischievously persuaded both Ted and the
orchestra’s then producer that the other had insisted on Mendelssohn’s First
Symphony being programmed – simply so that he could hear the work again) and
he had already conducted there Wagner’s three early operas in studio
recordings: Die Feen, Liebesverbot and Rienzi.
The orchestration of this last opera he had had to complete from a vocal
score. In fact, it always saddened him that the BBC’s Controllers of Music
would never programme Rienzi over two nights at the Proms since he was
convinced that the audiences would have loved both the drama and the music
of this neglected work. His programmes on our first encounter were typical
of what was to come: Prokofiev’s Cello Concerto and Fourth Symphony (both in
their original versions) and then, two days later, the same works in their
revised versions. Since the final day was a Saturday, Ted, as always,
ensured that he would finish by lunchtime so that he could get back to his
beloved Joanie, from whom he hated to be parted for too long.

I had already
seen Ted in the pit at Covent Garden several times and had marvelled at his
understanding and sure grasp of the long spans of operatic music.
His Boris Godunov, with Boris Christoff in the title-role, was for many a
wonderful experience. Incidentally, some 20 years later, when Christoff was
invited to sing his final recital in Paris, he asked Ted to accompany him – an event that caused him a lot of hard practice to get the fingers working
again. I remember also a marvellous Un ballo in maschera with Carlo Bergonzi
and Gwyneth Jones, two singers whom Ted greatly admired, and those who saw
his Lohengrin, with Heather Harper and Peter Hofmann, in 1983 are unlikely
to forget the experience.

Shortly after that visit in December 1978 Ted was appointed the orchestra’s
Chief Guest Conductor for the 1979 season and Principal Conductor from 1980
onwards. As a result, we were in almost daily contact about programme plans,
the orchestra’s personnel and formulating a philosophy about how we saw the
role of a radio orchestra.
Up until this time, Ted’s experience of symphonic repertoire had been
limited, since most orchestras had expected him to learn unusual or
contemporary repertoire. Now, for the first time, he had the opportunity of
exploring the great Central European repertoire from Haydn (whose symphonies
he loved) through Beethoven to Brahms. In addition, he was anxious to pursue
his interest in music by Russian composers, which culminated in a cycle of
Prokofiev’s symphonies given over two weekends in the Royal Festival Hall in
April 1991. He steadily worked his way through the great symphonic poems of
Richard Strauss; there was an epic Mahler Eighth in Leeds Town Hall, where
he also conducted Franz Schmidt’s great oratorio Das Buch mit dem sieben
Siegeln, and one of his final performances in Manchester’s Bridgewater Hall
was a searing account of Bruckner’s Sixth Symphony.

Dennis Simons, the leader of the BBC Philharmonic Orchestra throughout Ted’s
time, has written how privileged he felt to witness at close hand the
intellectual grasp and sheer physical energy that Ted demonstrated in
overcoming some of the fearsome musical challenges that were presented to
him and the orchestra during the 1980s. Most of these challenges came in the
many new works that he and the orchestra undertook, a lot by British
composers. Ted’s attitude was quite simple: ‘If I can read it, I can conduct
it.’ With his poor eyesight – he’d had a haemorrhage behind his left eye in
the mid-1950s – reading and learning scores was never easy. After a second
haemorrhage in the early 1990s, he was almost completely blind and could
thereafter conduct only the music that was in his prodigious memory.
The first occasion that Ted said ‘I won’t need the music stand for the
second half’ was at a Sunday afternoon concert in the Barbican in February
1987. The result was one of the most intense performances of Elgar’s Second
Symphony that I have ever heard. I remember thinking some five minutes in
that the orchestra could not sustain this level of performance much longer.
Yet it did, right through to the end. Afterwards, the players told me that
for the first time they had seen Ted’s eyes and face and that he – and, as a
result, they – had been liberated by not having the score in front of him.
Edward Greenfield wrote in The Guardian that ‘no performance of the Elgar
that I have heard from London orchestras in recent years has had quite the
same combination of involvement and refinement’. Ted felt very much that
English music had to be the life-blood of the orchestra and premières of
works by Peter Maxwell Davies, Harrison Birtwistle, Alexander Goehr and many
other British composers were a regular feature of the orchestra’s schedule.

It is a matter of profound regret that relatively few of Ted’s ‘party
pieces’ were captured on CD. In the 1980s, he recorded symphonies by George
Lloyd for Lyrita, two Meridian CDs of music by Bernard Stevens and three
symphonies by Boughton for BBC Radio Classics. Later, he recorded Elgar’s
Second Symphony for Naxos and the Cello Concerto, Enigma Variations and In
the South for Conifer. He recorded Miaskovsky’s Fifth and Ninth Symphonies
for Marco Polo and collaborated extensively with Chandos in music by Glière,
Korngold, Prokofiev, Respighi and Verdi (the complete overtures and ballet
music). ‘The Puccini Experience’ (with soloists who included Angela
Gheorghiu) was released by Royal Opera House Records in 1996. It would have
been good to have his performances of Rachmaninov’s Second Symphony and the
Symphonic Dances, and of Prokofiev’s and Shostakovich’s symphonies on CD.
Ted once said in an interview that the years he spent with the BBC
Philharmonic Orchestra were one of the happiest periods of his life. I can
only say that for those of us who worked with him it was a pleasure and a
privilege to be able to learn each day from his insatiable intellectual
curiosity, his practical good sense and his indomitable spirit. We are
indeed fortunate to carry in our memories some wonderful music-making which
he inspired from the orchestra.

Edward Downes was born in Birmingham on June 17th, 1924. He was appointed
CBE in 1986 and knighted in 1991. He died with his wife Joan on July 10th in
Zurich. They are survived by their daughter Boudicca and son Caractacus.