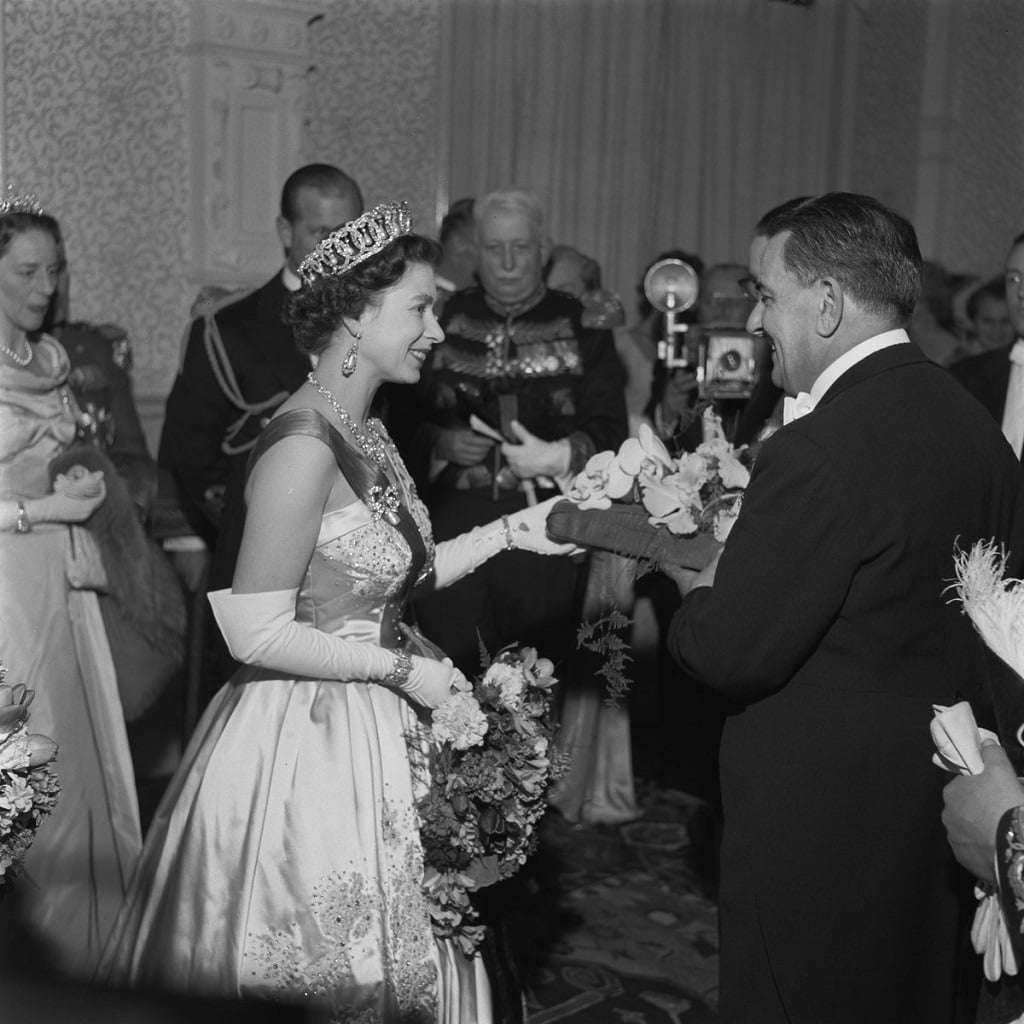 This is not the piece I wrote originally. What you are reading is, by necessity, a re-write; nearly finished, there came a day when the first version was not findable (no search-word drew any blood): maybe I failed to save it, or it is tacked onto another piece, or, most likely (conspiracy theory!) an Internet sprite came along and stole it, having it away with a trophy for his cyberspace swag-bag. This second go at it may be worse, it may be better, it is certainly different in terms of words used if not in the opinions expressed.

The gist of this article is to focus on Eloquence (the label that re-circulates back-catalogue from Decca, Deutsche Grammophon and Philips) here revamping recordings by the Amsterdam Concertgebouw Orchestra in its pre-Royal days (a title conferred in 1988), and one of its conductors back then, Eduard van Beinum (1901-59, chief from 1945 until his premature death), and also a regular guest, the much-longer-lived (German) Eugen Jochum (1902-1987). Then there is its near-neighbour, the Rotterdam Philharmonic, Edo de Waart (born 1941) as maestro, and he used to play oboe in the Concertgebouw Orchestra; he also conducts the London Philharmonic as part of these releases, and, as it happens, van Beinum headed the LPO, if only for a couple of seasons from 1947, that relationship also represented. Dutch wheels within London wheels.

Let’s start with van Beinum’s Brahms, an immensely powerful and passionate Symphony 1 (Concertgebouw), lyrically intense, structurally wholesome and totally thrilling, played superbly and with much personality, simply one of the greatest recordings of this work irrespective of era. Brahms 3 (with the LPO), despite a certain roughness of ensemble and a relative dullness of sound, and not forgetting some sluggishness of tempo, nonetheless sustains interest and therefore ensures the return of the listener: the conductor’s integrity to the fore. [Please note: Amazon links are coloured blue.]
[ELOQUENCE 482 5499; 74 minutes; ★★★★★/★★★]

Two CDs of Mozart involve Jochum in Amsterdam for four Symphonies (‘Haffner’, ‘Linz’, ‘Prague’, ‘Jupiter’), vibrant accounts in stereo (originally on Philips), in which one might quibble the odd detail, underlining or punctuation, yet these accounts are being filed on the shelf with the anticipation of years-ahead pleasure for their character, big-band weightiness and articulate tempos, and, at times, sacredness (‘Jupiter’ slow movement); somehow, performances like this are rare these days. Jochum is considerate if choosy with repeats, both halves observed in the Finale of the ‘Prague’, for example, but only in this movement, an interesting contrast to the repeat-less first one, although the similarly-designed ‘Linz’ first movement is much less convincing; and, staying in Amsterdam if reverting to mono, van Beinum conjures a joyful ‘Posthorn’ Serenade (K320) that is brimful of many pleasures, festivity, wit, charm and profundity side by side.
[ELOQUENCE 482 8414 (2 CDs); 2 hours 24 minutes; ★★★★]

Another twofer is exclusively van Beinum, a Beethoven, Brahms and Haydn collection, mostly with the LPO. Seven Beethoven Overtures are a bit hit and miss, worthy accounts of Egmont, Fidelio, Coriolan and Leonore No.3, whereas Leonora No.1 is rushed (Klemperer supreme here) and is anyway poorly re-mastered to discoloured sonic effect, whereas Consecration of the House lacks ceremonial splendour and sanctified eloquence (Neville Marriner’s Stuttgart version is wonderfully acute to these qualities). There are two Prometheus Overtures (1946/52), the first stand-alone, and sounding nearly as unhappy as Leonore No.1, and a much-better re-make, the LPO, now in its Boult era, more secure, the tones fuller (engineer Kenneth Wilkinson and Kingsway Hall coming into their own), as part of eight selections from Beethoven’s sole ballet-score, agreeably brought off. Haydn’s ‘Military’ Symphony (No.100) is tolerably fine in its generally measured tempos (a shame though that the omission of the first-movement repeat comes across as no more than parsimonious) and I suspect some would like greater decibels from the war-like percussion in the second and final movements, the latter very fleet and not quite secured by the 1946 LPO’s abilities. Step-forward the superior Concertgebouw Orchestra for Brahms’s Haydn Variations (in fact on the St Anthony Chorale), beautifully done all-round.

So, if van Beinum was mean with the Haydn repeat, he observed its counterpart in the ‘Italian’ Symphony, thus honouring Mendelssohn’s numerous lead-back bars, which are rather more than that, motivic too. It’s an exhilarating performance, from June 1955, alleged in the annotation to be stereo, but rather narrow if so. Let’s call it mono. Also included are the Overture (too loud when etherealness is called for, thumpingly insensitive, very surprising) and two movements for A Midsummer Night’s Dream, the ‘Nocturne’ and ‘Scherzo’, the former enjoying graceful horn-playing, the latter deft woodwinds and strings. No ‘Wedding March’, though, the bride left at the church’s entrance. Also included is a London Fingal’s Cave, full of atmosphere and tempestuous surges.
[ELOQUENCE 482 5515; 59 minutes; ★★★]

Van Beinum and the Concertgebouw are exclusive to a “Twentieth-Century Masterpieces” twofer, a packed programme of stellar music – Bartók, Kodály, Stravinsky – recorded between 1946 and ten years later, for either Decca or Philips. The Rite of Spring is the earliest recording here, not a hi-fi spectacular of course given the music’s dynamic range and complex demands, but amazingly lucid nonetheless if somewhat distant and polite in the bass-drum and timpani departments (saves distressing the microphones). And the performance is eminently well-judged tempo-wise (some odd internal balances almost certainly reflect the conductor’s preferences) and played fearlessly, not least the opening bassoon solo. Fast-forward a decade for further Stravinsky, The Firebird (1919 Suite) and Song of the Nightingale, which retain a mono signal if with greater presence and vividness, and, again, top-flight virtuosity (pun intended) and vibrant musicianship. The rest of the repertoire is Hungarian. The Suite from Kodály’s Háry János is always welcome, even if, for this listener, George Szell and his Clevelanders nailed every note of this fantastical score to musical and illustrative perfection; nevertheless van Beinum has much going for him. Bartók is represented by two great works, Concerto for Orchestra, and Music for Strings, Percussion and Celesta, the latter’s antiphonal exchanges somewhat compromised by the lack of stereo, and if the Concerto’s reproduction needs some tolerance, it is self-evident that both performances are considered and intense and with strong claims on the collector, especially MSPC.
[ELOQUENCE 482 5563 (2 CDs); 2 hours 38 minutes; ★★★★]

Staying in Amsterdam, van Beinum now turns to César Franck and Maurice Ravel. The former’s Psyché (1887, a couple of decades on from the first staging of the musically seminal Tristan, which seeps into Psyché) is a garden of delight, music that breathes heavenly air and describes balmy zephyrs, fragrant expressions, and played here with delicate rapture, climactic crescendos and filigree lightness. Symphonic Variations enjoys the services of Géza Anda (1921-76), a subtle and poetic pianist (“the troubadour of the piano”, said Furtwängler), this ingenious score benefitting from his pearly tone, patrician phrasing and effortless technique, and also no allowances need to be made for this being the earliest recording here (May 1943, wartime); it’s among the best-sounding. Of the Ravel choices, the nocturnal mysteries and fiery fiestas of Rapsodie espagnole are well-conveyed despite 1946 surface noise (attempts to have removed it completely could have been tonally ruinous) and – lo – we reach 1958 and splendid stereo (a best seat in the Grote Zaal), for Boléro and La valse, although, sadly, not many more months would elapse until van Beinum, often poorly anyway, would succumb to a fatal heart-attack. Boléro is inspired, a slow-burn and hypnotic account that is meticulously charted to fortissimo fulfilment; and in an age when editing was done with razor-blades and sticky tape, and all-too-audible, I am tempted to suggest that this Boléro has no patches. La valse’s shadows and swirls and the final annihilation of the dance-rhythms are keenly exposed, stunning playing, knives out; and, it seems, also in one take, as live.
[ELOQUENCE 482 5491; 78 minutes; ★★★★★]

Finally, to Rotterdam, with back-up from the LPO, for a bumper hamper of Russian music, recorded during the 1970s, all conducted by Edo de Waart, and dominated by Rachmaninov. But, let’s promenade first, cue a thoughtful trumpet-led introduction to Mussorgsky’s Pictures at an Exhibition in Ravel’s classy orchestration, given a likeable rendition in which de Waart doesn’t play to the gallery (!) and shows plenty of artistry along the way in eliciting sonorous and deft responses … and with eleven selections (forty-five minutes’ worth, assembled from the first two Suites) from Prokofiev’s ballet-score for Romeo and Juliet, de Waart and his Dutch ensemble unfurl much dramatic narrative and fine-line characterisation. The rest is Rachmaninov and (mostly) Rotterdam, renditions of the three Symphonies that may not be the most Slavic in temperament but with much to relish, not least de Waart keeping the music on an even keel in terms of tempo and also what might be termed a classical sense of direction while ensuring that any leeway is part of the overall plan, but what a shame to add an unsolicited and crass timpani stroke to the end of the first movement of Symphony 2; de Waart is not alone in so doing but that doesn’t make things any better.

Anyway, of stronger claims on the critical collector are the other two Symphonies; de Waart captures well the bittersweet nostalgia and impassioned eruptions of the fabulously orchestrated No.3 (my desert-island Rachmaninov) and the emotional storms, elusiveness, splendour and gong-splattered tragic descent of the First. Of the other pieces, The Isle of the Dead never quite gets into a dark- or remorseless-enough groove, although The Rock is delightfully fairytale airy until gloom appears. With the LPO, Caprice bohémien leaps off the page, one of those works hardly ever played and you wonder why when you do hear it, it really is rather good, and de Waart makes sure it is gypsy-potent and scintillating, if less sonically brilliant in Wembley Town Hall than I recall from the original LP (this Eloquence transfer also has a few seconds of squiffy techie restoration evident in the right-hand channel), which also contained Symphonic Dances, Rachmaninov’s fiery swansong. De Waart was never a match for Eugene Ormandy’s unsurpassed version but this LPO account now seems rather earthbound, acoustically diffuse if sometimes strident, artificially spot-lit at times. The Dutchman went on to record all of Rachmaninov’s orchestral music for Exton with the Netherlands Radio Philharmonic – of which he is Conductor Laureate, also holding that title in Antwerp and in Milwaukee, and he is currently music director of the New Zealand Symphony Orchestra – and it would now be interesting to catch his later thoughts.
[ELOQUENCE 482 8981 (4 CDs); 5 hours 5 minutes; ★★★★ Symphonies 1 & 3; Pictures; R & J/★★★]

Meanwhile, I can sense the lingering virtues of van Beinum’s Brahms 1 and stereo Ravel, Jochum’s ‘Prague’ and ‘Jupiter’ and Anda’s Franck, et al… and the booklets include original-cover artwork, a very attractive addition.