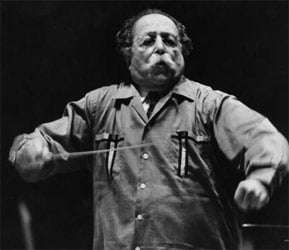 A treasure-trove indeed, especially for all admirers of Pierre Monteux – eight CDs (selling for the price of six) of Boston Symphony Orchestra concert performances given between 1951 and 1958 in Symphony Hall. This set includes a mouth-watering selection of repertoire, some familiar to Monteux’s discography (but not in these versions, everything here is “previously unpublished”) and introducing pieces new to it. The sound throughout is excellent – full-bodied, well-balanced mono that has been re-mastered to the highest standards by Maggi Payne.

The first disc makes for a very enjoyable programme. Indeed Haydn’s Surprise Symphony and Schubert’s Great C major both come from a February 1956 concert, in which Paul Creston’s Second was also performed. (There are three complete concerts altogether albeit dispersed over the discs.) The Haydn is bustling and muscular, and the Schubert begins in stately fashion before becoming high-energy; the ‘slow’ movement is furtive and belted-through, the scherzo (without any repeats) exciting and incisive. In context, the finale is quite measured, ending resoundingly. Not the only way to do it, but there is a real thrill to this performance caught on the wing. The overture to this collection is Mendelssohn’s The Hebrides, an atmospheric account from April 1957.

The second disc includes Schumann’s Rhenish Symphony (1955) and Tchaikovsky’s Fifth (1957). The Schumann begins ebulliently without being rushed – this is a noble account full of sunshine – before the character-pieces that form the middle triptych of movements steal in, each unaffected but meaningful. The finale enjoys a relaxed gait. The Tchaikovsky, which Monteux and the Bostonians recorded commercially (as they did the Fourth and Pathétique symphonies, and they are in this West Hill collection, too) is quite volatile, and viscerally passionate; confidential, too, at times, such as at the opening of the second movement, which is granted a quite beautiful and inward horn solo. 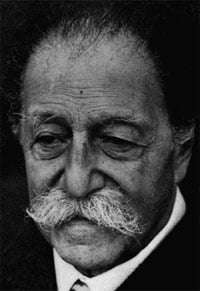 The Pathétique (1955) receives an intense and, in the outer movements, quite a spacious reading (the whole being two minutes longer than on the RCA version, John Canarina advises in his booklet note). The Fourth (1958) isn’t quite the “whirlwind performance” that Canarina describes. The opening fanfare tumbles forward a bit, though, yet there is weighty consideration before the movement gets going, somewhat emptily it must be said, albeit with some beguiling ballet-like interjections. The pizzicato scherzo isn’t quite as nifty as Canarina believes, and the finale is noisy rather than triumphal.

Some relative rarities of Tchaikovsky are also included (all from 4 February 1955, the concert that culminated with the Pathétique): Hamlet, then the finale (‘Theme and Variations’) from Suite No.4 (Mozartiana), which is slightly cut, as is Concert Fantasy, if rather more so, with Vera Franceschi (1926-66) as the piano soloist; her life was cut short by cancer. She plays with brilliance and rippling delicacy.

Other concerto collaborations include Tossy Spivakovsky in Bartók’s Second Violin Concerto (1954), a rather subdued account at times, Spivakovsky (1907-98) brightening for more demonstrative passages (and arguably too fast in the finale) but looking deeply into introspective sections. With Roman Totenberg (born in 1911 and still alive when Canarina wrote his booklet note in 2008) as soloist, Monteux conducts Szymanowski’s Violin Concerto No.1 (1955). He and Totenberg find the music’s exoticism and line in just balance, the violinist’s silvery tone and chiselled agility ideal for this music.

Wagner and Debussy are collected from a December 1951 concert. There is a technical warning of “low level crackling throughout” (yet, even using headphones, there is little to disturb) and includes a gloriously expansive if rather overloud Prelude to Act One of Parsifal. Two ‘bleeding chunks’ from Götterdämmerung are included as are Debussy’s Gigues and Jeux, and both are authoritative.

Elgar’s Enigma Variations (1957 and which Monteux went on to record in a highly-regarded version with the London Symphony Orchestra of course) receives a no-nonsense performance, played with sympathy and virtuosity by the Boston SO, yet this is a deeper and more ambiguous work than Monteux suggests and I remain unconvinced by his conducting of it. Trumpets enter early in the (too rampaging) closing bars (at 26’37″) – unless Monteux re-jigged them, for there is a continuos timpani roll at the end (not to be found in the LSO recording). It’s rather messy! Enigma is without cue points, not so The Rite of Spring which follows, rather incongruously, a somewhat tame account. Even so, it is a performance that has much to teach us about pacing the work (which Monteux premiered). Vincent D’Indy’s Istar (1956) has its magical qualities revealed lovingly.

There are two “original stereo” recordings (re-mastered by Aaron Z. Snyder), from a 3 January 1958 concert (which ended with the Tchaikovsky 4 included here, but that is mono). Both offer good two-channel, quite close-up (vividly revealing Monteux’s use of antiphonal violins). Monteux had innate and inside knowledge of Stravinsky’s Petrushka (in 1911 he had conducted the world premiere of the staged ballet, and this set also includes a ‘Suite’ – of Monteux’s choice? – performed in 1955). In particular, tempos (for the most part) are thoroughly convincing, Monteux sticking with the original scoring (it seems that once Stravinsky had revised the orchestration of Petrushka in 1947 he granted permission to only two conductors to continue to use the 1911 version, one was Monteux, the other was Ernest Ansermet). The other ‘stereo’ is Prokofiev’s Classical Symphony, the first movement rushed along to no advantage, the remaining ones more convincingly paced.

There are some really fine things here. If not everything comes off, we shall disagree as to what these are! Certainly Monteux admirers will not hesitate and will be gratified at the excellence of the source material, the skill with which it is presented, and the insight of the annotation.