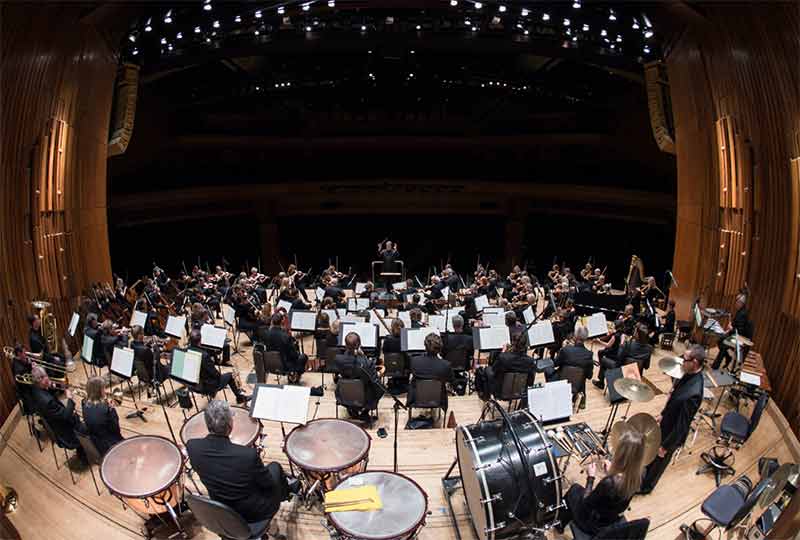 Starting and ending with the power of the drum, it was percussion’s roots that topped and tailed the latest BBC Symphony Orchestra Total Immersion day, referencing the fact that, aside from singing, making a noise by striking one thing against another was probably the first instrument used by humans.

To begin, at LSO St Luke’s, 16 players from the Guildhall School enacted a Guinean harvest celebration Wali, for 11 djembes (goblet-shaped drums) kept in time by the five beater-struck cylindrical dunduns. Some eight hours later we heard the extraordinary 45-minute finale to Wolfgang Rihm’s Mexican-inspired Tutuguri, in which six percussionists (aided and abetted by four tam-tam players in the Barbican Hall’s Circle) rose to the occasion after all their fellow orchestral players had gone home (or to the pub). As mentioned in the first of the day’s talks moderated by BBC Radio 3’s Tom Service, introducing the first concert, the odd thing about percussion is that, despite its prehistoric ancestry, it has taken so long to be accorded any status within the Western musical tradition. Throughout the day, all the pieces, including those given on the Barbican Free Stage, hinted that percussion-playing is not about playing on your own – it’s about community. 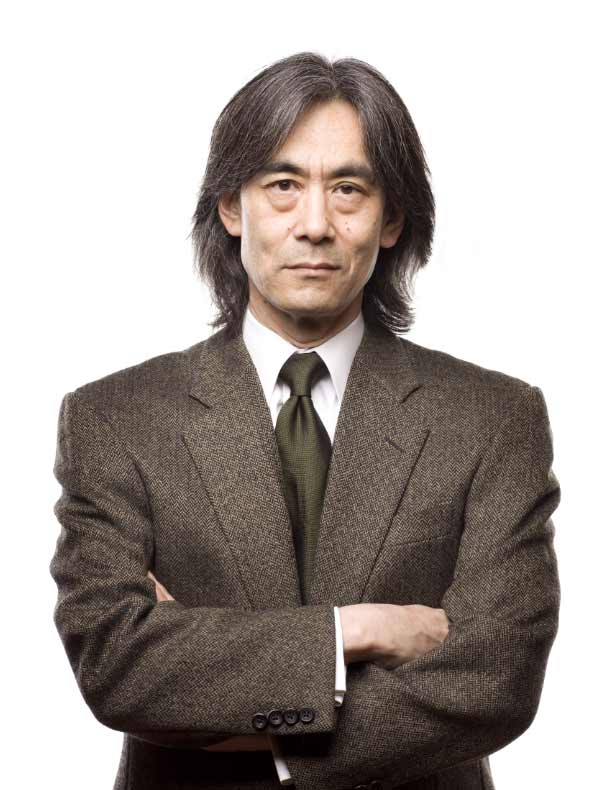 We may be used now to solo percussionists – say, Evelyn Glennie, Colin Currie, Johannes Fischer, Martin Grubinger, Nebojša Jovan Živković and Keiko Abe – but there was no such star-billing during this day, just a collective in a collection of works. And all the works in the two main concerts were composed between 1968 and 1987, so already into near-vintage status.

As if in an Oliver Knussen concert, the piece at St Luke’s following on from the Guinean harvest – Brian Ferneyhough’s Fanfare for Klaus Huber (his “most important teacher”) – was so short at barely 45 seconds, that it was repeated at the end. The two players have to choose 17 unique sounds, which are played only once. Here Dorothy Raphael and Sam Wilson nominated such household items as paint tins, suspended plant pots, paper (to rip), balloons (to burst), as well as manufactured instruments. This miniature sonic kaleidoscope ended both times with a small bell irregularly tinkling between the plant pots.

In the pre-concert talk Guildhall Percussion Ensemble’s director (and the Guildhall School’s Head of Wind, Brass and Percussion) Richard Benjafield described the formulation of the programme as a chance to explore the extremes of percussion. What connected the pieces – as opposed to their use of such different instruments – was a sense not just of community but also comedy. The only other piece that utilised all 16 musicians didn’t use percussion at all, but rather the vocal cords. Arrayed immediately before the composer (who was sitting in the front row), each performer chose a musical phrase to sing, but slowed down to fit exactly a minute. Hugh Shrapnel’s One Minute Break was a typical ‘scratch orchestra’ piece that in one simple instruction makes an audience listen in a completely different way. Although I couldn’t identify any individual phrase at the slow speed, the overlapping notes seemed to coalesce into something like Arvo Pärt’s descending A-minor scale from Cantus in memoriam Benjamin Britten.

Immediately more comical, though still quite subtle, was John White’s Drinking and Hooting Machine in which six performers with hands gripped round full bottles took swigs and then blew over the tops of the bottles to produce ‘hoots’ in a random formation that, given the laws of sound, lowered in pitch as more liquid was drunk. There was an element of play-acting (it had to be, as it was just water they were drinking), but it did put me in mind of the possibility of a pub game…

Funniest of all was Mauricio Kagel’s ‘Rrrrrr…’ one of his 41 early-1980s’ compositions for percussion. In the hands of Merlin Jones and Sam Wilson, the opening ‘Railroad Drama’, became a slapstick comedy of two train-drivers providing their own ‘choo-choo’ soundtrack before crashing. Then we were up in the Swiss Alps, with a gentle tape of countryside sounds and someone calling for Heidi, as our two players opened bottles only to pour sand on a series of cowbells (arrayed on carpets so the sand couldn’t damage the Hall’s parquet floor). The ensuing pieces were drum-based: a ‘Rigaudon’ in close formation followed by Jones and Wilson racing up the spiral staircases on either side of St Luke’s to ricochet side-drum salvos at each other from each balcony in ‘Rim Shots and Co.’, then a more leisurely descent for ‘Ruf’, a duo between tubular bells (Wilson) and assorted instruments, including bass drum. Finally, ‘Rutscher’ (Toy vehicle) brought us somewhat nearer normality with a dance-band duo including xylophone. 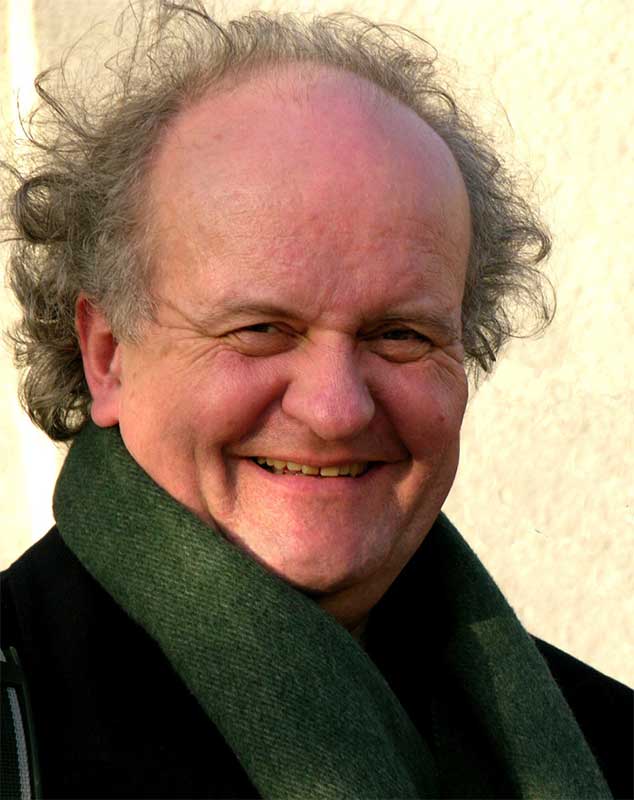 Amidst such anarchic rarities there was one classic, classily done – Steve Reich’s Music for Pieces of Wood: the five tuned claves in a mesmeric interplay of rhythm, followed by Peter Garland’s Apple Blossom for four players around one marimba, subtly changing harmony around the opening Fs as the players criss-cross beaters mostly at a whisper. An attempt to segue straight from the Reich into the Garland was scuppered because most eyes seemed to be on the quintet of clave players, not noticing the marimba-band had already started playing, and clapped regardless.

Later on, there was another work for four players and one marimba – oh, and four sombreros. Jan Bradley’s Encore was a rhythmic extravaganza which was the antithesis of Apple Blossom – here with the players all on the same side of the instrument, although crossing into each others’ patch to play the odd note. Rich Cartlidge even played with one hand while twirling his other beater in his left, held aloft. Cartlidge, with his Royal College of Music Percussion Student Ensemble colleagues Louise Goodwin, Kizzy Brooks and Tom Hollister had also just played Bradley’s intricate Stretch: a piece with four drums placed centrally, with each player also having a drum outside the circle they stood in. Using both inside and outside drums, in a dizzying display of rhythmic virtuosity and timing, and ultimately moving round in a circle, the players enacted a ritual that could easily have had its basis in the prehistoric African or Aztec-era of music.

The RCM members offered the last of the four free percussion pop-ups on the Free Stage, the first two of which had been performed by the Guildhall. John Cage’s Living Room Music utilises bottles, tables and much that you might find in a living-room and even an RCM piece I didn’t hear was titled Kitchen. Just like the White, percussion-ism is something you can indulge in anywhere. As a coda to the college spots was a performance of O, Tent – a BBC Symphony Orchestra education project (borrowed from O Duo) – with youngsters from across the county rehearsed during the morning and led by Alex Neal and Fiona Ritchie from the BBCSO. A simple, flexible structure including rhythmic shouts, afforded each of the 11 youngsters a solo slot in a toe-tapping onslaught of a piece.

Many of the Total Immersion days have included films and there is one percussion-orientated movie currently on release that would have fitted superbly – Whiplash – even if the subject matter of a sadistic teacher might not have been welcomed by Guildhall or RCM! Instead the two-hour climax of the day was the UK premiere of Wolfgang Rihm’s Tutuguri. It’s now 33 years old, accompanying a stage performance in 1982 – half Rihm’s lifetime ago (he was born in 1952). For this performance the BBCSO welcomed Kent Nagano, who had conducted Tutuguri some 18 months ago in Munich. Nagano, now a rare visitor to London, has lost none of his ability to marshal large forces with calm and uncluttered gestures, radiating security for both players and audience alike. This was a performance marked by remarkable preparation and execution.

Composed between 1980 and 1982 as a poème dansé to be staged, Rihm’s inspiration was a radio broadcast, originally banned in 1947, on texts by Antonin Artaud, interspersed with percussive interruptions, to create a ritual aspect to contextualise Artaud’s experiences he discovered on his visit to north-west Mexico and to witness ceremonies (and perhaps also take of hallucinogenic substances) surviving from Aztec times. A central passage describes ‘Tutuguri – The Rite of the Black Sun’ in which Rihm attempts to encapsulate what that might mean in sound.

A gargantuan piece which almost defies description, Tutuguri’s four movements require a large orchestra, a recorded choir (nowhere credited), a speaker who yells as well as beating his chest and a battery of percussion separated into six stations (plus, in the first three movements a timpanist) and four tam-tam players around the Hall.

Tutuguri’s first three movements are played without a break. They open with a low, mellow stuttering for flute and end with the strangulated cry of the narrator some 84 minutes later. In between there are myriad musical gestures, including a few audible references to Stravinsky’s The Rite of Spring, but otherwise there is a seamless, if sometimes formless thread into the third part where the recorded choir eerily cuts through the textures like a disembodied message from another place. At this point Melrose entered and uttered his anguished exhortations.

An extended interval followed the first three parts for the forestage to be cleared, as the finale is solely for percussionists. Here the focus seemed closer; the repetitive patterns shared by the six players better able to be assimilated without the distractions of 100 or so other musicians, apart from one man and his synthesiser to cue the taped choir. The auditorium-positioned tam-tams were only occasionally used, encouraging ‘the six’ towards the end of these 45 minutes to crash cymbals, leaving only the disembodied choir to bid a wordless farewell.

At first listening almost impossible to encompass, the ritualistic, communal aspect of the score was immediately apparent and seemed to epitomise the whole day. If further proof were needed, the performance of Tutuguri had been preceded by nine of the BBCSO’s percussionists leading two groups in the front rows in an adapted version of Reich’s Clapping Music which had been honed in workshops. The message seems clear, we can all play percussion, and we can use our bodies and everyday utensils to do so. If I haven’t done so yet, it’s only because my rhythmic tapping has been reserved for the computer keyboard while typing this review … now, I have the freedom to make some noise.