Interview date: August 2013 at Sony’s London headquarters together with a later phone conversation 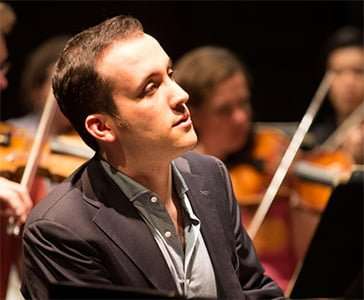 For his first recording as a Sony Classical artist, pianist Igor Levit has chosen to start with Beethoven. This is not just any Beethoven, though, for he has gone straight for the last five piano sonatas. As our interview unfolds it is clear Levit has invested a lot of time in perfecting his accounts of these masterpieces, and that he holds Beethoven in the highest possible regard. He first discovered the composer’s later period through the Missa Solemnis. “I can’t say really how old I was precisely, but I was maybe 13 or 14 years old. It was through a recording, but then I heard a fantastic performance with John Eliot Gardiner, and saw one conducted by Herbert Blomstedt. It is for me until today the very holiest piece of them all.” For the first time when I heard it I didn’t have any thoughts other than ‘Wow, what a piece!’, but then I was working on it and analysing it on the piano. I was looking at the background, and considering whether he knew some of Josquin, where his inspirations appeared to come from. That took years, and it is a piece that has accompanied me daily. He really pushes himself very far, and you can see he really was in extremis and reached a certain and very special level. It leaves one speechless afterwards! It was hearing this piece that meant Beethoven became the most important of all composers to me, and the late works in particular, such as the Diabelli Variations and the late Piano Sonatas.

The Variations were Levit’s introduction to late Beethoven as a performer – and acted as a springboard for learning the Sonatas. “It was a natural progression, a complete turning point for me. I was working on the piece for four to five years and in that time I really learned what practising is, what reading music is, and what one can achieve by seeing what a composer is writing. The Diabelli Variations is one of the most incredible piano pieces, and it never fails to amaze me how Beethoven could write a 60-minute work out of an atomic core. It drives you crazy when you analyse it, and then you work on it, and discover new things. Even while performing it you discover new things and find yourself laughing in the middle of a performance! Beethoven is the one composer where details never end; he is the example of how working more can change your expectations.” Levit’s discovery continued. “Then I came to the ‘Hammerklavier’ Sonata, which is so emotional, but so full of humour, and transcendental too.” Was it an intimidating work to record? “Yes, but that is not a reason to not record it. Anyone who knows me knows I would be sure I could achieve something, so I was living in the piece for quite a while, and the working was so intense. I don’t have a bad conscience by recording great music! I hope I will return already, to be honest, because I find these works are a daily goodness for me.” 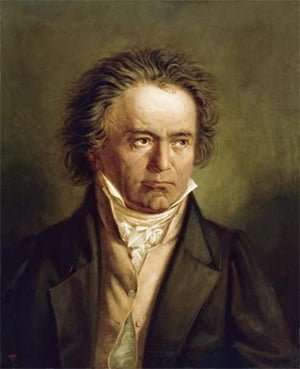 One subject where Levit’s thoughts are particularly passionate is on that of Beethoven’s own markings. Is it his view that too many interpreters take liberties with these pieces? “If you look to what Artur Schnabel did, he was very keen on what Beethoven really wrote. The best example of this is the ‘Hammerklavier’. Yes, it’s ridiculously fast, and it becomes hysterical and outrageous, but come on, it is our one and only metronome marking in the whole of the Beethoven sonata literature, and who the heck am I to ignore it? To be honest I don’t really care how big the name is, if someone plays a tempo of 92 beats per minute I don’t understand it, and to me it destroys the idea of the piece. It is something that András Schiff never does, that Artur Schnabel never did. In fact András Schiff is for me one of the most important pianists in this music, with him the ‘Hammerklavier’ is sparkling and full of humour.”

We move on to talk about teachers and those significant to Levit while learning Beethoven. “All to me have been terribly important. There is Matti Raekallio, with whom I was studying, and then my teacher Bernd Goetzke. Then also one who was terribly important to me in the musical ideas, and who I would call my spiritual director, Lajos Rovatkay. He is one of the most influential figures.” With the help of these personalities Levit was able to build his own performances. “From the early days the teachers would ask me what I thought, and they said that is where we start work. It is incredibly difficult to know with your effort if it is being heard. Matti once asked me, ‘How much is 0 plus 1?’, but then he explained that 370 minus 369 is also 1. The smallest approach can still result in 1, and if you know how you can just do it. I do care about that a lot.”

Levit confirms the emotional impact of late Beethoven. “There is nothing to compare with the experience of performing a piece like the ‘Hammerklavier’; it is incomparable to anything else. You can’t even compare any other Beethoven piece to the intensity of working on it! The value of every note, every indication, it all makes such a rich and huge picture. I can’t find all the words and detail but for me this is the most essential music of them all, although Bach and Brahms are very special for sure.” And how physically demanding is the ‘Hammerklavier? “It is painful”, he laughs, “and I would be the total enemy of anyone who said they had just played it and was not exhausted! It just lives every minute, and does not take account of what the physical, mental and emotional effects might be. It is about having no alternative, you give everything you have. It is not fun to play but essential!”.

Does he feel there is a link from the opening of opus 101 to the end of Opus 111? “I think technically you could say why not put opus 90 in there as well! I think the last three might be a ‘cycle’, but for sure the idea of atomic composition, a blooming flower from almost nothing, I think was always there in the sonatas. I sense that even from the figure at the start of the very first sonata (opus 2/number 1), but it becomes extreme in the last six.” Levit proclaims a deep satisfaction with the Sony recordings themselves. “The period of recording was incredibly fulfilling. There were four people in the studio – the engineer, the producer, the piano tuner and me – and first of all I played through them completely. We had some lively discussions, and we were absolutely striving for the results for every note. It was very important and we were really experiencing something together. I have the chance to work with a first-rate engineer, and a brilliant piano technician, so I was very lucky. It was a fantastic period.”

Are there plans to record the rest of the Sonatas? “I’m still thinking, and I think I would like to do maybe Bach. The Diabelli Variations I have done as a recording, but just for myself at the moment. I wondered about releasing it but I am happy that I have not brought it out. Today I would focus much more on compositional elements than I used to.” Despite his obvious attachment to Beethoven Levit appears keen to explore more-recent repertoire. “I am getting into the avant-garde repertoire a lot because of Frederic Rzewski, who I know well. I play the Klavierstück VI of Stockhausen, which is remarkable, and I am interested also in Stepan Wolfe’s Battle Piece. I also find Morton Feldman’s music is remarkable. I think what Rzewski is writing now is important for me. Listening to the Piano Concerto, which he played at this year’s Proms, the music is quite great I think.”

Currently the focus is on his Beethoven recording, but Levit is keen to balance that. “Right now I am concentrating a lot on Beethoven, because I want to play the cycle in five years or so, but right now I am also learning Shostakovich’s Piano Sonata No.2, which I think is a special piece. Another fantastic piece, though very difficult, is a Fantasia and Fugue by Liszt which Busoni arranged” – Fantasy and Fugue on ‘Ad nos, ad salutarem undam’, to give it its full title! – “it is very demanding, rich and deep. I have also just learned a Baroque piece by Georg Muffat, which is a G minor passacaglia from the Apparatus Musico-Organisticus, which was completed in 1690. So it is important for me to have balance around the Beethoven that I am working on at the moment.”