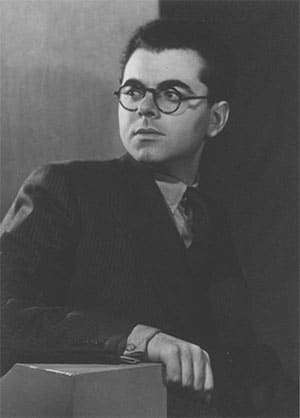 A Celebration of William Lloyd Webber

Given the fame of his two sons, Andrew and Julian, it was perhaps surprising that this celebration of their father William Lloyd Webber’s centenary, given on the day itself, was not more glitzy affair. However the understated nature of the event was wholly in keeping with the man’s character and this made the occasion all the more touching.

William Lloyd Webber (1914-1982) was one of British music’s most enigmatic composers. Possessed with a remarkable gift for melody, he felt – as the concert’s excellent presenter, Rowan Morton Gledhill, explained – “out of step” with the times and simply ceased composing for a large part of his life. W. Lloyd Webber wrote deeply romantic, heartfelt music at a time when those qualities were least valued and here we heard numerous examples of his melodic and beautifully written miniatures, ably performed by St Martin’s Voices under Andrew Earis (Director of Music at St Martin-in-the-Fields) although there were times when we might have wished for a greater range of dynamics.

Two anthems, Most Glorious Lord of Lyfe and Lo! My Shepherd is Divine, opened the concert and preceded what may well, incredibly, have been the first performance of an assured four-part song, Margery. Earis then played two short but piquant organ solos – ‘Christ in the Tomb’ from The Divine Compassion, and Trumpet Minuet – before Lloyd Webber’s younger son, cellist Julian, made the first of his two contributions to the evening. He revealed that his father had told him that In the Half Light for cello and piano depicts someone sitting by the fire late one night looking back over their life. He gave an exquisite performance, ably partnered by Rebeca Omordia. The first half ended with possibly the finest of the chosen works, the choral Missa Princeps Pacis, a beautifully crafted and proportioned composition with echoes of Fauré, performed here with delicacy.

And it was St Martin’s Voices that began the second half in rousing style with Love Divine, All Loves Excelling, followed by another part-song premiere: the simple but breathtakingly beautiful The Moon. From the organ loft, violinist Charlotte Scott and organist Nicholas Wearne (organist at St Martin-in-the-Fields) then performed the soaring Benedictus for Violin and Organ which Lloyd Webber had written to play at his own wedding service together with his violinist bride Jean. A deceptively simple piano miniature ‘Willow Song’ from the cycle Three Spring Miniatures was sensitively played by Omordia who was then again joined by Julian in the darkly romantic Nocturne. A fascinating evening concluded with ‘New Life in Christ’, the last part of the cantata, The Saviour, the Parry-like final pages of which are as thrilling and climactic as anything to be found in British choral music.