“A Gesture of Friendship” was the guiding principle behind the tenth Malcolm Arnold Festival, which took place on the weekend of October 17 & 18. 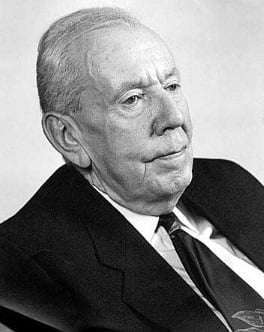 Sunday’s midday concert was given by the Northamptonshire County Youth Orchestra under its conductors Paul Truman and Andy Kirkwood. The former opened proceedings with a rare hearing for the Overture that Arnold fashioned from his music to John Huston’s film The Roots of Heaven (1958), an expert if unmemorable curtain-raiser to a programme which continued with two of the composer’s most enduring works – the Four Cornish Dances (1966), at its best here in the haunting evocation of the second number, and the Tam O’Shanter (1955) which built to a suitably uproarious climax then returned to its ghostly opening prior to a decisive pay-off.

Kirkwood then took charge for the Second Symphony (1953), still the most often heard from Arnold’s cycle and fully representative of his early maturity. The delectable initial movement was slightly rushed in this account, but the Scherzo had the right combination of deftness and aggression, while the slow movement unfolded with measured tread to a plangent climax and coda of exquisite pathos. As so often with Arnold the Finale can seem to avoid deeper issues, but here its underlying ambivalence was pointedly defined on the way to a surging peroration.

The 4 o’clock concert brought Hilary Davan Wetton to the helm of an (unspecified) orchestra for a rare hearing of the three Sinfoniettas, in sequence. The First (1954), with its graceful central Allegretto framed by movements both genial and vivacious, is quintessential Arnold of this period – yet its effortless poise is already being questioned in the Second (1958), not least in the bittersweet central Lento which throws the blithe spirits of those movements either side into doubt. Such uncertainty is heightened appreciably in the Third (1964), its questioning initial Allegro finding little positive response in an acerbic Vivace and weary Andante; the closing Allegro duly forced into affirmative overkill. Much to ponder, then, as Davan Wetton secured probing accounts in what was the likely highlight of the day’s events.

The 5 p.m. recital provided an impressive showcase for Brasskompaniet, the Oslo-based ensemble which opened with the title-music from Arnold’s score to The Belles of St Trinians (1954), in a sparkling arrangement matched by that of the Fifth English Dance (1951 – the first of his Opus 33 set). The wistful ‘Sicilliano’ from the First Little Suite (1963) proved a welcome interlude between two more substantial pieces. The First Brass Quintet (1961) was an instant classic of a still-limited genre, its rhythmic élan and glancing wit vividly delineated, yet even more arresting was the Symphony for Brass (1978) – a sizable work shot through with that darkness permeating almost all Arnold’s 1970s’ music; emerging here with a formal precision and expressive immediacy as confirmed its significance within the composer’s output overall.

The evening concert was given by the Worthing Symphony Orchestra and its principal conductor John Gibbons. Arnold’s Four Scottish Dances (1957) did not lack for high-jinks or, in the Third Dance, easy eloquence; after which came a comparative rarity in the Saxophone Concerto as arranged – by David Ellis – from Arnold’s Piano Sonata of 1942, its amalgam of rhythmic starkness and (in the slow movement) blues-tinged melancholy tellingly projected by Jess Gillam, a woodwind finalist at last year’s BBC Young Musician of the Year. Martin James Bartlett was the outright winner of that competition: his account of George Gershwin’s Rhapsody in Blue featured much virtuosic pianism but little sense of a cumulatively evolving structure, and not helped by some surprisingly foursquare playing from the WSO.

Prior to this latter piece, the first half featured a rare outing for the Overture ODTAA – One Damn Thing After Another (1945) – by Doreen Carwithen, its elegantly impressionistic woodwind in the central section offsetting the energetic anonymity elsewhere. Carwithen later became the wife of William Alwyn, whose march True Glory (1945) – adapted from the war documentary – opened the second half in rousing fashion. Next came a welcome revival of Arnold’s Commonwealth Christmas Overture (1957), written to mark the 25th-anniversary of the British monarch’s Christmas broadcast and nearer a rhapsody in its leisurely traversal – Gibbons (rightly) took a rather brisker tempo than the composer in his recording – of characteristic Arnold melodies, not least the calypso sequence at its centre.

A lengthy concert ended with Dvořák’s Ninth Symphony (‘From the New World’, 1893) – hardly unfamiliar fare at any time since its premiere, here receiving a fluent and dependable reading as brought out the fervent affirmation of its composer’s ‘gesture of friendship’ from the Old World to the New.