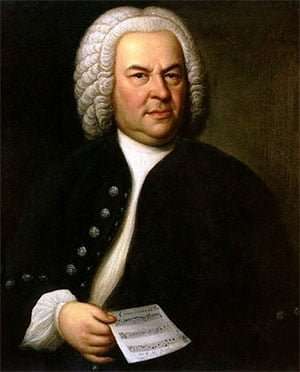 This year’s Bach Weekend at Southbank Centre came just one week after the 300th-anniversary of the birth of his most prominent son, C. P. E., so it seems that even in this auspicious year he cannot escape the shadow of his father. Under the heading “The Model of Perfection” this middle day in the Weekend featured some of Johann Sebastian’s most accomplished contrapuntal masterpieces. 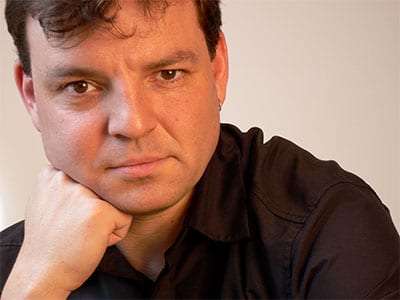 Spread across two Purcell Room recitals (rather laboriously), Steven Devine presented the Second Book of the ‘48’ on a copy of a harpsichord by Michael Mietke, who is thought to have provided the instrument Bach had in mind for Brandenburg Concerto No.5. Devine used Johann Georg Neidhardt’s so-called “Big City” temperament – a not absolutely equal temperament, but which manages virtually all the keys perfectly well. Only the tuning of some harmonies in the C sharp major and G sharp minor sections sounded noticeably piquant.

Devine explained that he did not intend to draw long pauses between Preludes and Fugues, apparently with the implication that he would not make bold or idiosyncratic statements with any particular movement. As such, the performance tended to seem somewhat routine, establishing a comfortable tempo and form of expression for most pairs and keeping within that.

This worked better for the Fugues than the Preludes, where the exposition and development of the subjects more or less allowed the structures to speak for themselves. Different types of subject were generally well contrasted. Devine gave clear and lively articulation of the quirky themes of the Fugues in C minor, F major, G minor and A minor for instance; the long even notes of those in E major and B major were as slow and solemn as can reasonably be managed on the harpsichord; while others such as those in C major, D major, G major, and even B flat minor were lively. Something more could have been made of the perky E minor Fugue though and the compound rhythms of those in C sharp minor and G sharp minor could have had more flair.

The Preludes of Book Two perhaps comprise a wider variety of forms than Book One, as well as denser, more complicated examples. Devine held most of them together with an ideal flow, but comfortable tempos tended to obscure a sense of tension and structure. Telling in this regard was the way in which the hypnotic arpeggio figurations of the C sharp major Prelude did not develop with urgency towards the concluding 3/8 section, but the Fugue followed on from this almost immediately and stood as the culmination of those initial arpeggiated adumbrations instead.

Usually the Fugues did not depart widely from the mood established by their Preludes. Notable performances of the latter here included Devine’s switching over of hands between the manuals for the repeats of both sections of the E minor; the lilting 9/8 rhythms of the C sharp minor and a similar relaxed flow in the compound meters of the A major and B flat major examples; the regal grandeur of the D major; and the integrated layers of quaver runs in the F major.

Mass in B minor 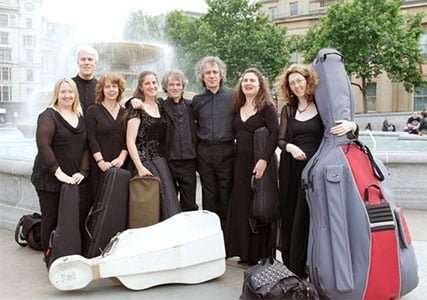 Martin Feinstein says that the preparation of this performance of the B minor Mass owes much to Joshua Rifkin’s research and recent new edition of the score, as well as a fresh look at Bach’s manuscript. How the integrity of that claim stands up in view of the London Bach Singers’ use of a combination of Bärenreiter and Novello scores, though, is not clear to me. Furthermore, the argument that Bach had small forces in mind for this work is a spurious one since, as is well known, it was put together at the end of the composer’s life as a compendium or summation of his output, without any particular performance in mind. The whole work was probably never performed in Bach’s lifetime, except for the original version of the ‘Kyrie’ and ‘Gloria’ as a Missa Brevis in 1733.

Still, reduced forces is what we got, with a choir of ten singers – that is, two to each part when Bach brings a five-part chorus into play. But often an ensemble of individual singers was used here as a semi-chorus. Certainly that maintained transparency in a number of instances, with the voices and instruments blending together, rather than pitting a chorus against an orchestra. But such use of minimal forces also created as many problems as it ostensibly solved. For example, the complex interweaving of polyphonic parts sometimes sounded fragmentary, as in the fugal development of the plainsong incipit on “Credo” in “Credo in unum Deum”. In the instrumental ensemble, too often the violone and organ continuo was over-prominent. Perversely, though, its throbbing passacaglia underpinning the ‘Crucifixus’ was rather faded, failing to give this movement either the urgency it requires or the differentiation from the graceful account of the preceding chorus ‘Et incarnatus est’.

Many of the singers are grounded in the Oxbridge Anglican choral tradition and that came across. There was clear technical finesse and choral cohesion, but it resulted in a certain timidity of approach which did not do justice to the theological narrative encompassed in the liturgy of the Mass. Precisely because it was never intended for liturgical purposes, like Beethoven’s Missa solemnis, performers can afford to set aside ecclesial restraint and endow it with more vigour. Hence, the ‘Gloria in excelsis’ and the concluding “Amen” of the ‘Credo’ sounded stately rather than ecstatic. However, it was an inspired decision to place the two pairs of sopranos at either end of the choir for the ‘Sanctus’ to create the stereophonic effect of these highest vocal lines arching over and binding together the celestial company of hosts.

Greater rewards were reaped by the intensity invested in the solo numbers, such as the private devotion of Tim Travers-Brown’s ‘Agnus Dei’ and the heartfelt prayer of (replacing Daniel Auchinloss) Matthew Long’s ‘Benedictus’. Commendably the horn and trumpet soloists maintained accurate intonation on their ‘period’ instruments and provided due ceremony.

Close interaction among all the musicians was intelligent and proficient, ensuring that Feinstein did not have to lead through his flute-playing very much at all. A clear directorial input, however, could have shaped this straightforward rendition (technically adept though it was) into a dramatically cogent performance.