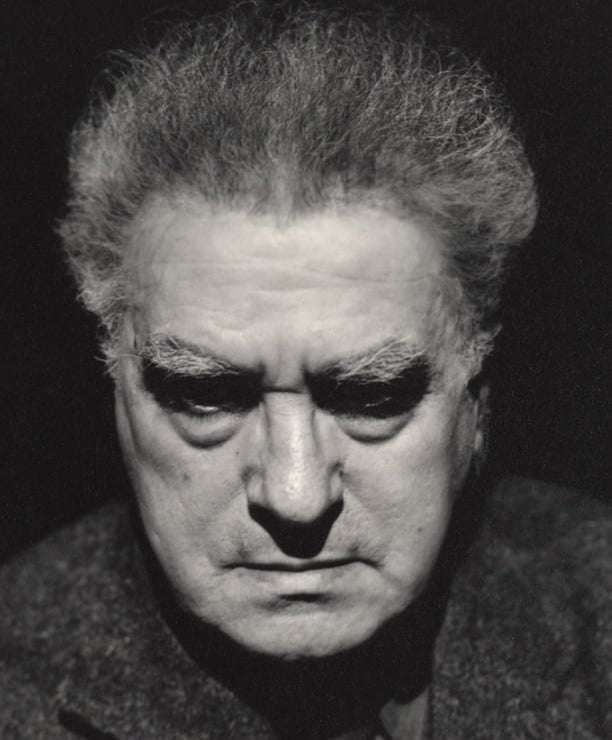 Cinema 2
Varèse: The One All Alone 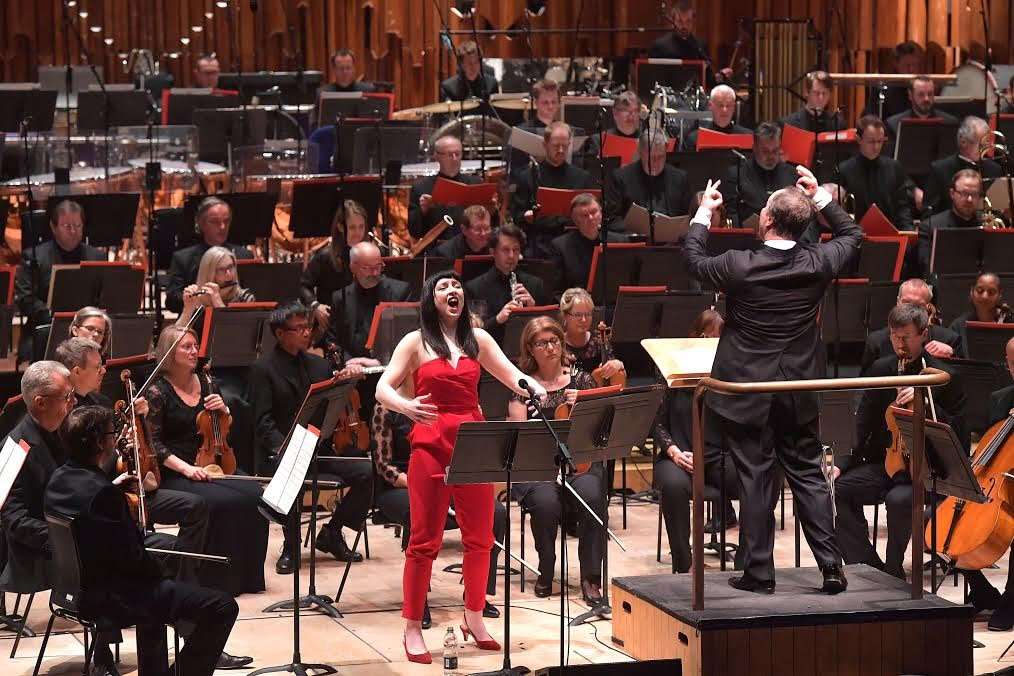 With his extant output of little more than a dozen works, Edgard Varèse (1883-1965) was an obvious choice for inclusion in the BBC Symphony Orchestra’s Total Immersion days. Along with the customary mid-day talk (by Paul Griffiths) and mid-afternoon (Frank Scheffer’s typically provocative 2009 documentary Varèse: The One All Alone), virtually all his music was featured in two concerts with an early-evening Freestage event. The outcome was a focus on this uncompromising and totemic figure which more than justified the term ‘immersion’.

The Milton Court concert took care of Varèse’s ensemble works from the 1920s, plus two additional pieces. One of these opened proceedings – the Verlaine setting Un grand sommeil noir (1906), all that remains of its composer’s pre-1918 output and whose taciturn eloquence (even more evident in Anthony Beaumont’s luminous orchestration, which would have made a pertinent addition to the evening concert) was touchingly conveyed by Harriet Burns with Sebastián Espinosa Carrasco. The penultimate piece, Density 21.5 (1936) is often regarded as Varèse’s lament in the face of his powerlessness to realise more ambitious projects from this period; its juxtaposition of melodic musings and plangent outbursts finding an impressive exponent in Antonia Berg, who rendered these stark contrasts as if an unbroken continuity.

The remaining works were entrusted to the Guildhall New Music Ensemble, skilfully guided by Geoffrey Paterson. Hyperprism (1922) made an explosive impact out of all proportion to its (four-minute) length, while Offrandes (1921) finds Varèse setting texts by two Spanish surrealist poets in music whose alluring yet menacing aura was tellingly complemented by Burns’s vocal agility. Octandre (1923) is the most overtly French of its composer’s works, Paterson bringing much-needed textural clarity to bear on its three continuous movements. With its scoring for thirteen percussionists, Ionisation (1931) is the most radical of these earlier scores and though there was no doubting the focus and dynamism of this performance, the acoustical confines of Milton Court’s Concert Hall tended to rein-in more its more visceral element and undermining the climactic arrival of tuned percussion. This was not the case in Intégrales (1925), where the serried ranks of wind and percussion made a powerful impact, though Paterson was no less attentive to the introspective episode prior to its seismic coda. 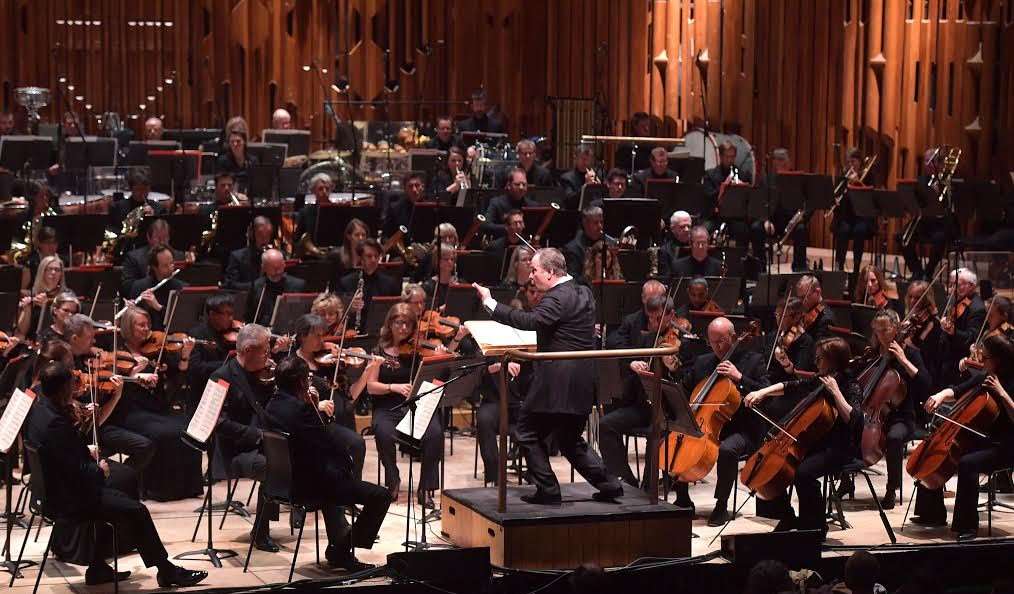 The early-evening event brought a welcome appearance by the Fulham Symphony Orchestra, champions of unfamiliar music over almost six decades, and its music director Marc Dooley. After an incisive take on Dance for Burgess (1949), Varèse’s unlikely if wholly characteristic contribution to Burgess Meredith’s short-lived musical Happy as Larry, they were hardly less impressive in Ecuatorial (1934). Itself a by-product of those recklessly far-reaching projects that dominated Varèse’s thinking for almost two decades, this setting of lines from the Myan sacred book The Popol Vuh enriches its brass and percussion by piano, organ and two ondes Martenot in music as violent as it is ethereal. Opting for four basses, instead of a solo or a chorus of them, proved ideal for conveying the incantatory power of this disturbing music.

Before these performances was the last of several ‘broadcasts’ of Poème électronique (1958), Varèse’s ground-breaking contribution to the Brussels World Fair and highly effective as a stand-alone piece for tape. That said, it made minimal impact in the Barbican foyer where it was reduced to the level of background ambience. A pity this could not have been relayed in either or both intervals of the evening concert, thereby enabling listeners to experience what remains one of Varèse’s most mesmeric creations within a more appropriate context.

That evening concert was nevertheless a fitting culmination. Programming six Varèse pieces was itself a feat, though the BBC Symphony Orchestra is no stranger to this music and Sakari Oramo can be relied upon to rise to the occasion. There was nothing underwhelming about his account of Arcana (1927), Varèse’s evocation of that otherness within the universe unfolding as an amalgam of massive passacaglia and quirky sonata design as lacked only the final degree of emotional abandon in its climactic stages. Even finer was Nocturnal (1961) – Varèse’s last work, posthumously completed by his pupil Chou Wen-chung so that its lines taken from Anaïs Nin’s House of Incest and imploringly sung by Allison Bell, and syllables intoned by the basses of the BBC Singers, were heightened against a desolate orchestral backdrop where a full string section paid dividends in terms of textural richness and depth. 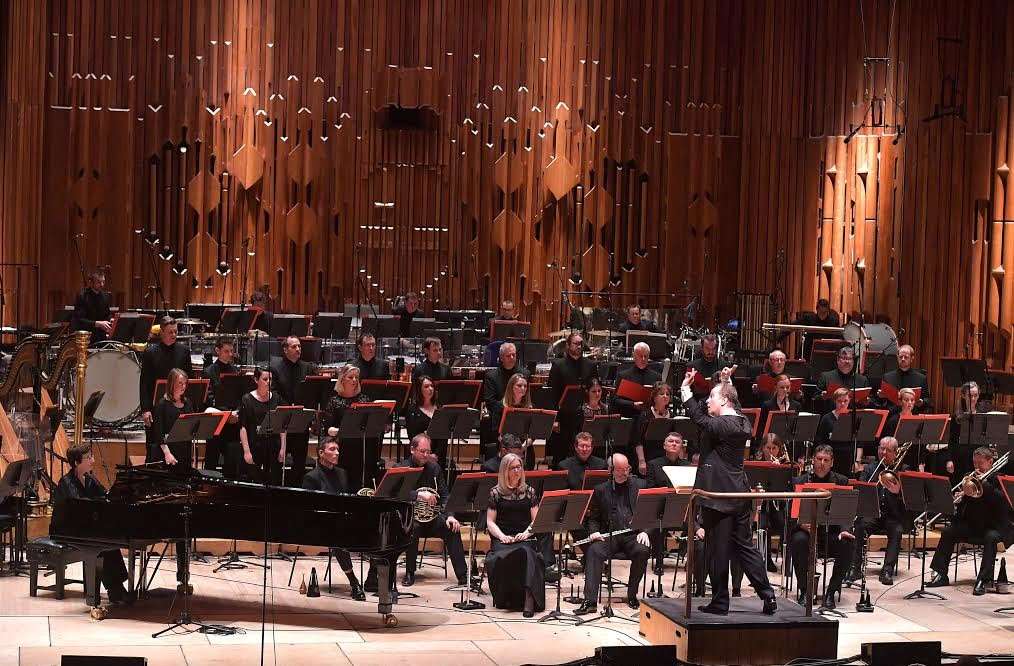 The next part commenced with a rare outing, only the second in the UK, previously in 2010 – therefore, not the claimed UK premiere – of Étude pour ‘Espace’ (1947), all that was realised of Varèse’s choral symphony of that name and to which Wen-chung again gave definitive shape. Its textual collage, as sung by chorus with wind and percussion, intriguingly reveals vestiges of Renaissance polyphony, yet, despite a melting contribution by solo soprano and Varèse’s most beautiful ending, there was disconcerting emotional flatness overall and it might have helped had Wen-chung’s “amplified spatialized-sound component” been utilised. There was little to fault in Sound Intermedia’s projection of three tape interpolations in Déserts (1954) – the largest undertaking of Varèse’s later years, whose ensemble sections had both poise and drama so the music’s inherent anguish was never defeatist or comfortless.

The final part then opened with a further Wen-chung completion. Tuning Up (1946) was created out of two sketches for the Boris Moross rom-com Carnegie Hall and while this is the most interventionist of these realisations, its pivoting between satire and slapstick remains diverting: Varèse unwittingly taking on the mantle of Ives as the purveyor of idealised Americana. An ideal foil, indeed, to Amériques (1921) – the first and most inclusive of its composer’s works after leaving Europe, in which he funnelled three decades of nascent Modernism into a tone-poem of tensile momentum and vast cumulative impact. Qualities to the fore in this reading, magnificently played by the BBCSO as Oramo plotted each twist and turn of its sprawling though kinetic formal trajectory towards a peroration as remorseless as it was exhilarating.

A pity that “Complete” still did not extend to inclusion of the tape interlude La procession de verges from Thomas Bouchard’s 1955 film Around and About Joan Mirò, or of a fugue that survives from Varèse’s studies at Paris’s Schola Cantorum; both of which are accessible, at least according to the late Malcolm MacDonald, whose Varèse: Astronomer in Sound (Kahn & Averill) is the defining ‘life and works’ in English). Not that this detracted from the value of a day that enabled ‘total immersion’ in the music of one of the last century’s salient masters.