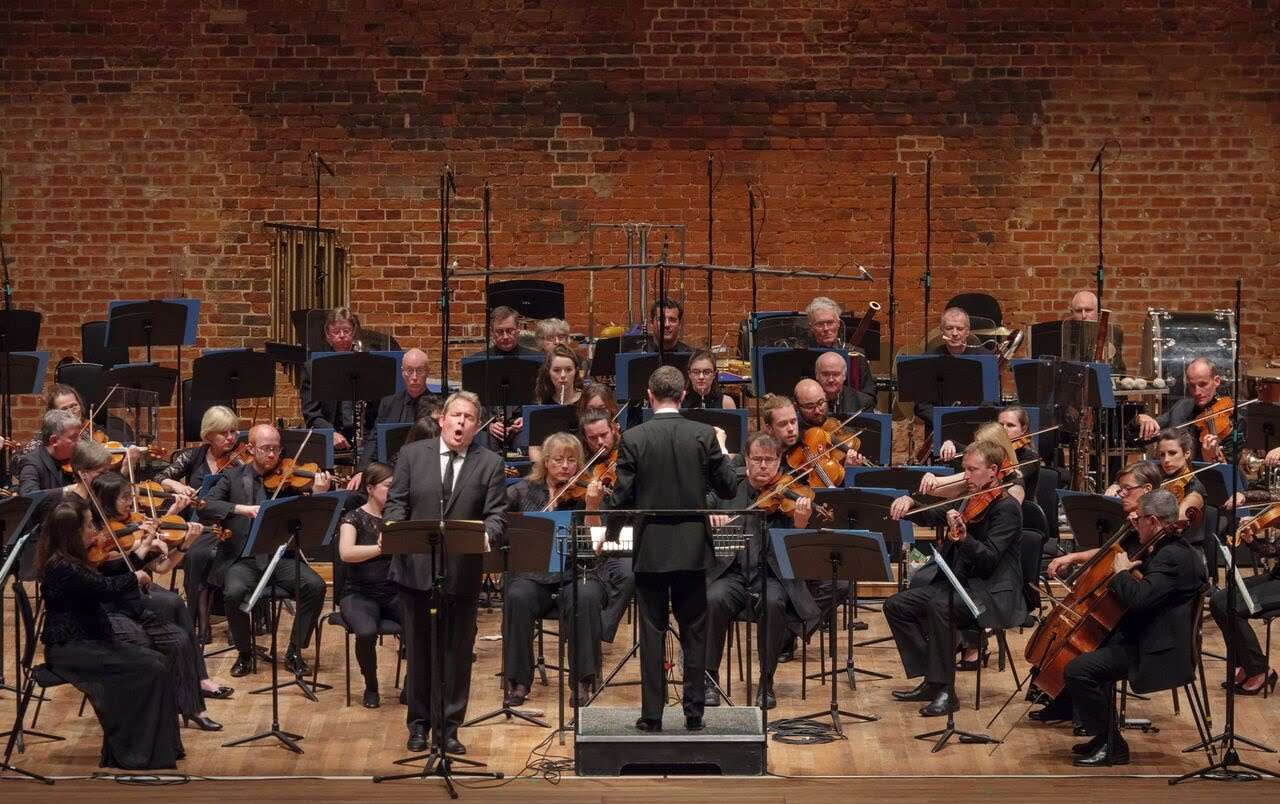 The very first notes played at any major festival inevitably have a sense of import beyond their musical context, and at Aldeburgh the scene was set by the ominous growl (trombones, double basses, timpani and the like) that opens Britten’s Sinfonia da Requiem (1939). Here is a piece written by the Suffolk master around whose work the Aldeburgh Festival always partly revolves; but it was also written in America, to a Japanese commission, indeed with an Italian name, hinting at the internationalism which also pervades the event.

If the musical contrast with Copland’s airy, bouncy Billy the Kid – which concluded the BBC Scottish Symphony Orchestra’s second concert the following night – could hardly be greater, then that only indicates the variety found in these two John Wilson-conducted programmes given the thematic title “Britten, Bernstein and America”. The Sinfonia also illustrated some of the strengths and weaknesses of the orchestra. Wilson’s control could rarely be faulted (and was impressive in, for example, the deconstructed passage that joins the second and third movements, or the way the work drops away to nothing at the very end). String tone was just right, golden but never over-lush; the brass was impressive, not least in the passages of the ‘Dies irae’ where it offers a running commentary on the music’s progress. But woodwind was often shrill, and one wondered if allowance had been made for the hard brick-and-wood acoustic of the Snape Maltings Concert Hall.

The more major issue with the BBCSSO’s contribution, and again one which may have been acoustic-related, came to the fore in Colin Matthews’s new orchestration of Britten’s Seven Sonnets of Michelangelo (1940, for Peter Pears). Robert Murray was rich-voiced, expressive and sensitive to the songs’ needs – moving from an almost Sprechstimme-style rhythmic delivery in the first to a more operatic manner in the third, for example – but much of the time we simply couldn’t hear him well enough. The problem continued, indeed worsened, through several works that are heavily reliant on the contribution of solo instrumentalists. 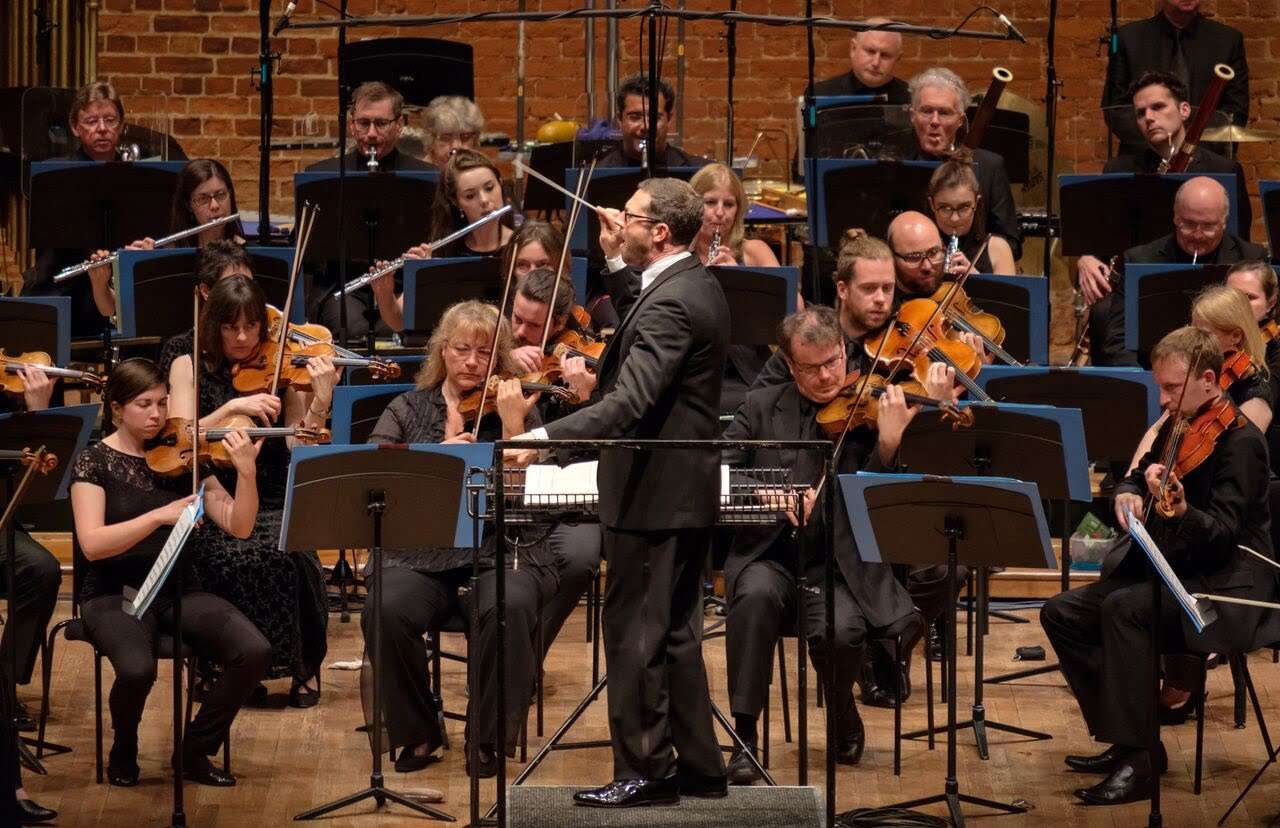 It was most troubling in Copland’s Quiet City (also 1940), in which James Horan’s cor anglais was severely affected, although trumpeter Mark O’Keeffe managed to hold his own (both are members of the SSO), and had not been fully corrected by the time flautist Claire Chase took to Leonard Bernstein’s Halil the following night.

So it cannot be blamed on Matthews’s orchestration of the Sonnets, which – though it could be considered a complication of Britten’s with-piano settings – is mostly sufficiently discreet but imaginative all the same, notably with the brass counterpoint to ‘Rendete a gli occhi miei’ and the very persuasive cello introduction to ‘Spirto ben nato’. Rather, it seemed a simple question of balance, most noticeable – in all these works – when a quietening in the respective soloists’ dynamics was not matched by a similar diminution from the orchestra.

The piano is naturally less vulnerable than other instruments to this issue, so it was fortunate that the other two solo-driven pieces featured pianists: Cédric Tiberghien for Bernstein’s Symphony No.2, and Pavel Kolesnikov for Britten’s Diversions. 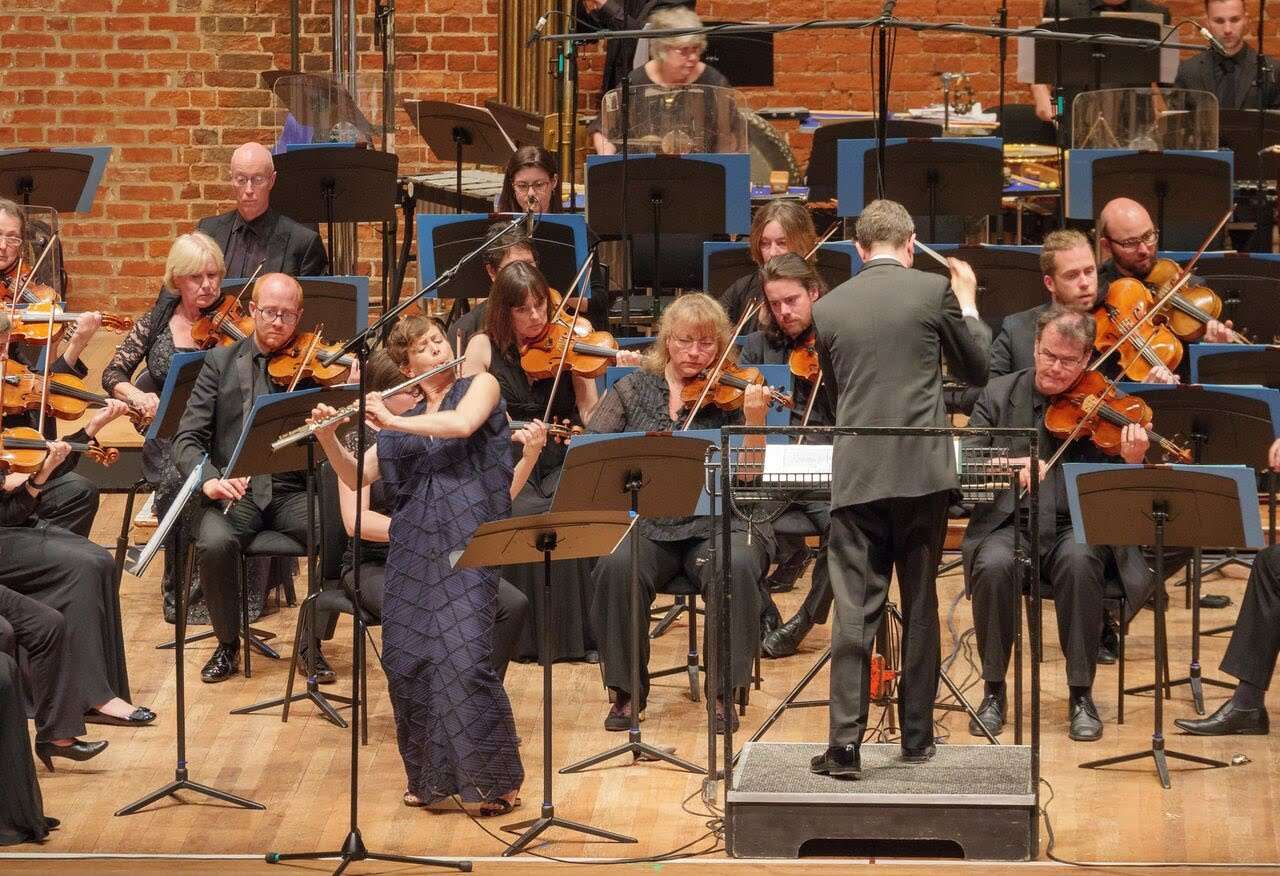 The Bernstein, a genuine Symphony (1949/65) if with piano obbligato, based on W. H. Auden’s poem The Age of Anxiety, and which the composer recorded three times as conductor (he was the pianist in the premiere) is the more satisfying work, with its cleverly-constructed sequence of variations (well-articulated by all the performers) and the composer’s characteristic mix of the tonal and the twelve-tone; even the Bernstein of show-tunes makes an appearance in the outrageously virtuosic ‘Masque’. By contrast the Britten seems more of an interesting exercise, one in which the composer (unlike others who wrote for the one-armed Paul Wittgenstein) makes no attempt to simulate a two-handed part, instead seeking to exploit the unusually sparse textures that a single hand can produce. As an encore, Kolesnikov played Chopin’s introspective A-minor Waltz, Op.Posth.

But both pianists were first-rate, and in these works the balance issues we heard elsewhere were easily forgotten, Wilson commanding the BBCSSO confidently. The variations of the Symphony were especially convincing, providing just enough contrast but mostly letting the notes and the orchestration speak for themselves – as indeed in the composer’s much later Halil, where percussion has many chances to shine.

The contrast of Bernstein’s agonies with Copland’s nostalgic Billy the Kid (1938) was perhaps a telling indication of the difference that the Second World War made to American music, albeit that the Symphony does reach a kind of Beethovenian humanistic triumph. And if Billy the Kid is something of a crowd-pleaser, that was no bad thing to end the second concert on.

Britten rarely did crowd-pleasing as such, but we did hear some of his most-played music in the ‘Four Sea Interludes and Passacaglia’ from Peter Grimes. The opera, of course, is set in a thinly-disguised Aldeburgh; yet the work began to gestate while the composer was in California, another example of the interconnections between Britten and America which gave a pleasing symmetry to these smartly-programmed concerts.