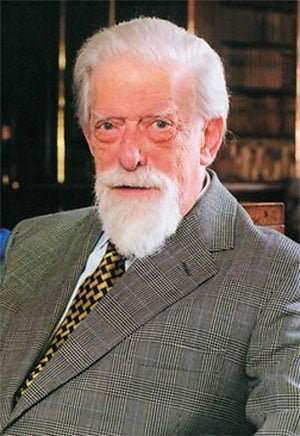 “Lord Harewood played a crucial role in ENO’s history, as Managing Director of Sadler’s Wells Opera from 1972, which became English National Opera in 1974, until 1985. He then became Chairman and remained as the company’s President until his death in July 2011. He catapulted ENO into the international league of opera companies and throughout the 1970s and 80s was an inspiring mentor to countless singers, conductors and directors.

“We are delighted to be presenting a celebration of Lord Harewood’s life told through music, which will be conducted by Mark Elder, Edward Gardner and Paul Daniel. This exciting event will feature the Harewood Artists plus star guest artists, including John Tomlinson, Lesley Garrett and Christopher Purves. A rich and diverse programme will include music by Britten, Wagner and Verdi.

“All proceeds from the event will help support our ENO Harewood Artists programme.” [From ENO website]

It’s not every day that Lesley Garrett and The Band of the Grenadier Guards share the same bill, let alone perform together, or that Richard Wagner and Arthur Sullivan are the composers of two sides of a “Mystery Trio”, or that we celebrate the life of a man equally passionate about opera and football, and who administered both with determination, innovativeness and success. Such was the fancy of Lord Harewood, born in 1923 to Princess Mary and Viscount Lascelles, and who was able to number the Duke of Windsor as his uncle. George Harewood died in 2011, leaving a considerable legacy, and his life was celebrated at this English National Opera event, a sort of This Is Your Life, told through words, image and music.

A dramatic, thoroughly operatic start though – the curtain wouldn’t go up! The ENO Orchestra had tuned, the lights were dimmed … the lights went up again … audience laughter. Step forward David Pountney, our host for the evening – and who was engaging throughout in a ‘less is more’ capacity. He explained about the dysfunctional curtain. Then the Safety Curtain was lowered. Curtains, in another sense? Then, as if by magic, the stage was revealed and the show was on the road to the intimate-then-rousing strains of Britten’s effective arrangement of the (our) National Anthem. In what was overall a very high standard of performance, the Overture to The Force of Destiny initially lacked clarity and dynamism under Mark Elder.

George Harewood’s story was being told, in affectionate terms by Pountney, through a splendid programme-book (including an exemplary essay by Michael Kennedy, tributes by such as some of the appearing artists, and Josephine Barstow, Norman Bailey, Valerie Masterson, Janet Baker, Harrison Birtwistle, Jack Charlton, Jonathan Miller and David Lloyd-Jones, and a helpful chronology of Harewood’s life).

If the Verdi had not quite set the Coliseum alight, then what followed did, whether through recordings important to Harewood (Chaliapin, Alfred Piccaver, Humphrey Lyttelton and Ravi Shankar – a revealing mix, and how important recordings are to keep in touch with bygone days) – a handsome replica of a horn-gramophone graced the stage – anecdotes and live music-making. Interesting that some of the items were sung in the original languages, whereas an English translation of The Magic Flute (Die Zauberflöte!) seemed just a little ill-fitting. 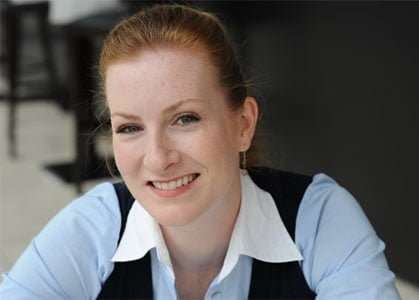 So, Paul Daniel crafted splendid preludes by Wagner (Die Walküre) and Britten (Gloriana) and was an alert accompanist to Julia Sporsén in a Traviata snippet, all the more successful given she was replacing Corinne Winters at short notice, and then to a suave Nicky Spence in Lehár. However, it was Paula Murrihy who stole the show – twice – first with an extract from Massenet’s Werther (graced by beautiful saxophone-playing and with Elder a wonderfully sensitive conductor) and an expansive Handel ‘Under thy shade’ (Ombra mai fu) from Xerxes (Serse), Daniel shaping the whole in blissful contentment. In fact, Murrihy’s contributions were equalled by Brindley Sherratt and John Tomlinson as King meets Grand Inquisitor in Verdi’s Don Carlos, a truly spine-tingling and thunderous coming-together, Elder and the Orchestra also superb; the use of Italian was really savoured, too.

It was all good, although having Lesley Garrett amplified against the Grenadiers (marvellous) only made her too loud and strident, but she can work a crowd, in Irving Berlin and in ‘Leeds, Leeds, Leeds!’ (Harewood was President of Leeds United Football Association from 1962), but contrast that with a gentle, tender rendition from Gloriana featuring tenor Anthony Gregory, with Alison Martin on harp, Daniel conducting. But such a wide range suited well George Harewood – opera-lover, football fan, hard-working administrator (on this board, that board, running this festival, that festival) – and who saw action in World War Two, injured and captured and finding himself in Colditz – and who was remembered fondly here by those who knew him, not least Mark Elder who took to the stage for some minutes for witty and heartfelt reminiscences about the man who appointed him music director of ENO some three decades ago. George Harewood is probably most associated with Sadler’s Wells Opera, which became ENO, and what is now Opera North.

Elder’s successors, Paul Daniel and Edward Gardner, also contributed much to the evening, Gardner included fine Mozart (Flute) and Janáček (Vixen) and a superbly incisive and bracing ‘Sunday Morning Interlude’ from Peter Grimes. The ENO Orchestra responded with alacrity to all styles and all demands.

With apologies for omissions, but not forgetting Wagner’s Three Norns morphing into ‘Three little maids from school’ (Elder turning on a sixpence for that one), or indeed the ‘Trio’ from Rosenkavalier (very poignant under Gardner’s direction, with Julia Sporsén, Catherine Young and Rhian Lois), one was pleased to be in the company of George Harewood for these few hours, an “entertainment” thoughtfully crafted and seamlessly executed, and including photographs and footage, a man who had a very full and rewarding life in his chosen fields – whether editing Kobbé, interviewing Maria Callas for television, spotting and nurturing new talent and being a stickler for detail, adventurous and striving, and also generous to those around him. His list of things-done may not be endless but it is certainly extensive and varied. All in all, this was a very enjoyable and enlightening evening.