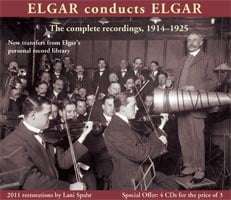 These very first recordings of the music of Edward Elgar have been released before on compact disc – on a five-disc set from Pearl (long since unavailable) with one or two items on issues from Pristine and Dutton. An interesting aspect of this Music & Arts release is that the 78rpm shellacs – loaned generously for the purpose by their current owner, Arthur Reynolds – derive from Elgar’s personal record collection. To put it plainly, the new discs represent a significant step up in sound-quality compared with previous transfers.

I would go further and suggest that it is highly unlikely that Elgar himself ever heard his acoustic recordings in such fine sound as that now offered to us. At times (Enigma Variations being a notable example) the sense of immediacy is so potent that the listener might almost be sitting in the same room as Elgar and his band of players. Audio restorer Lani Spahr, without in any way compromising the basic musical content, has eliminated a major proportion of the surface noise that so often plagues recordings of this vintage. 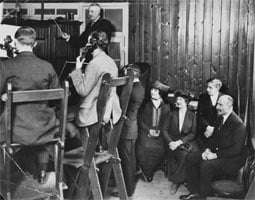 The 36-page booklet that accompanies the set includes an extended note by Andrew Neill (adorned by photographs and Elgarian memorabilia), who gives a very informative account of Elgar’s recording experiences during the years 1914 to 25. Elgar quickly espoused the revolutionary new technology, and he rejoiced both in the recording process itself and in the knowledge that his music would thereby reach a much wider public. As Jerrold Northrop Moore put it: “He never tried to disguise the fact that his own music thrilled and delighted him.” A summary of the four CDs follows.


Carissima, the charming piece which opens disc one, was Elgar’s first recording for HMV, and he gave it all the loving treatment it deserves, portamento contributing much to a delicious ‘period’ feel. The disc continues with a brief selection (1920) from the music that Elgar wrote for the ballet The Sanguine Fan, in which he conjoined the opening Minuet and the Shepherd’s and Echo’s dances. Three years later Elgar joined baritone Charles Mott to record what by then had become rather popular settings of five poems by Rudyard Kipling, the whole entitled The Fringes of The Fleet. Utterly haunting (“ethereal, sinister and claustrophobic” in Andrew Neill’s apt words) is the third song, ‘Submarine’: once heard, Elgar’s music and Mott’s sonorous delivery of Kipling’s words are unlikely to be forgotten. In ‘The Lowestoft Boat’, from the same cycle, we also encounter nice touches of humour, an aspect of the work that makes its popular success quite understandable. In 1916 Elgar wrote incidental music for The Starlight Express, a play that turned out to be a failure with critics and audiences alike. But the music, for which the composer had great affection, is by turns charming, tender and vivacious, and Elgar quickly seized the opportunity HMV offered him to record eight of the score’s thirty or so numbers. Those acquainted with Vernon Handley’s complete recording will know how full of character was Derek Hammond-Stroud’s singing of the Organ Grinder’s songs, but Mott’s account of them is every bit as effective, if not more so, especially his delicious rendering of ‘The Blue-eyes Fairy’ for which Elgar provided a delightfully unbuttoned accompaniment; and very tender and striking is soprano Agnes Nicholls in ‘Sunrise Song’. The booklet includes a photograph of a record label on which Alice Elgar has inscribed the title ‘Blue eyes’ in her own hand. 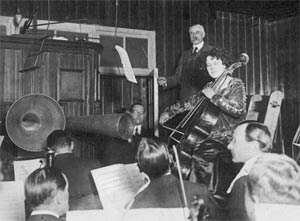 Although shorn so as to fit a single 78rpm disc, Cockaigne is given a spirited reading, and an abbreviated In the South (recorded over 1921 to 1923) has heaps of energy and much tenderness too in the ‘canto popolare’ section, which boasts some expressive viola playing. Elgar also produced reduced versions (circa 15 minutes for each) of his Violin Concerto and Cello Concerto (set down in 1916 and 1919 respectively), and although he excised most of the orchestral introduction to the first movement of the Violin Concerto, the emotional essence of the music is preserved. The uncut cadenza uses a harp to bolster thrumming strings; here, as throughout, the violinist, Marie Hall, is both reliable and expressive, as is Beatrice Harrison in the Cello Concerto. While we cannot know to what degree the length of 78rpm sides may have influenced the choice of tempos for any of these recordings, the finished article apparently gave Elgar a huge amount of pleasure, and almost a century later we can share that experience without distraction. 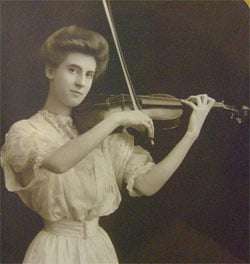 
Contralto Leila Megane is a very commanding presence throughout Sea Pictures (recorded 1922-3), the yearning quality of her ‘Where Corals lie’ being especially touching. The performance of Enigma Variations (1920-1) is also very fine, full of character, and thanks to the skilful transfer all the details come across vividly. While the much-reduced orchestral forces and occasional moments of imprecision demand that a few allowances be made, there are no end of delights – the delicate treatment of ‘Ysobel’, the zest of ‘Troyte’, and a ‘Nimrod’ – lasting under two minutes – that is really heart-easing.


Of the two Wand of Youth suites (1917-19), one should mention the exquisite tenderness of ‘Serenade’ and the unique verve that Elgar applies to ‘The Wild Bear’. In the Second Symphony, recorded almost uncut in 1924 and 1925, his direction adroitly blends robust energy (evident from the outset) with reserves of emotion (notably in the Larghetto) and the whole work comes across with great cogency. Although the age of the microphone was fast approaching, acoustic recording had made great strides over the preceding decade, and with this symphony the HMV engineers obtained sound that almost stands comparison with the first electrical recordings.

Music and Arts is to be congratulated on this new set of transfers, which shine fresh light on recordings that should be much better known. And all credit to Lani Spahr for managing to extract so much musical information from the complex shellac grooves. Enthusiasts of historical recordings, and certainly everyone who loves Elgar’s music, have much cause to rejoice. The four CDs sell for the price of three.