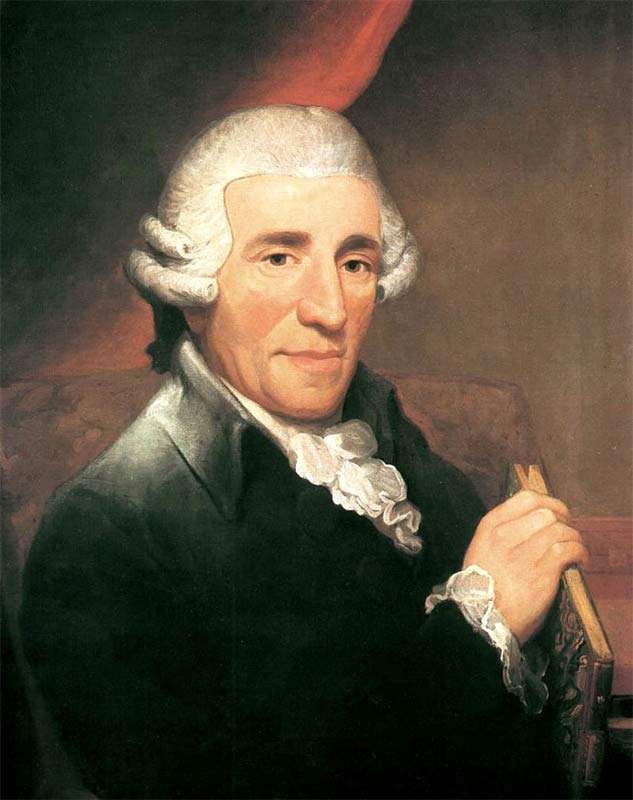 The English Haydn Festival – now in its twenty-second year – is currently settled as a five-day event, which works well. The artists taking part are distinguished and although there are notable visiting musicians it is refreshing that many of the concerts are given by section leaders sometimes as soloists or taking part in chamber recitals. Although the Orchestra gives few concerts outside the Festival mostly the same personnel attend year after year. The ensemble uses ‘period’ instruments and under Anthony Halstead has become a skilled body with a natural feeling for the style of the late 18th-century.

The orchestral concerts take place in St Leonard’s Church set high above Bridgnorth. Haydn’s Symphonies represent the focal point of the programming and this year there were some exciting examples. Since Halstead is known for his lifelong association with the horn he would have been pleased that three spectacular ‘Festive’ Symphonies, which employ horns in C-alto, were included.

No.82 ‘The Bear’ sounded thrilling. This score simply indicates first and second brass parts and the conductor may choose to use either high horns in C or trumpets: “2 Corni in Do/C alto o Clarini” is the instruction on the reliable Philharmonia/Universal publication edited by H. C. Robbins Landon. Horns but no trumpets is the usual choice – the horn-players (thanked by the conductor and much applauded) gave these taxing parts effortlessly. Halstead’s unaffected and entirely appropriate approach to tempo was very satisfying. Balancing was skilful and the timpanist was not afraid to give full vent to the fortissimo rolls in the finale which was enhanced by the observation of both repeats.

The other C-major Symphonies were performed on the final night. No.38, an exciting yet surprisingly neglected work, incorporates quaint echo effects between antiphonal violins in the second movement. The subtitle ‘Echo’ seems a recent idea; however it allowed the organisers to add this name to titles used to justify the theme of this year’s Festival: “The Natural World”. Directing from the harpsichord, Halstead’s performance was stylish and in-period and the use of horns at trumpet pitch made this relatively early work strikingly forceful. 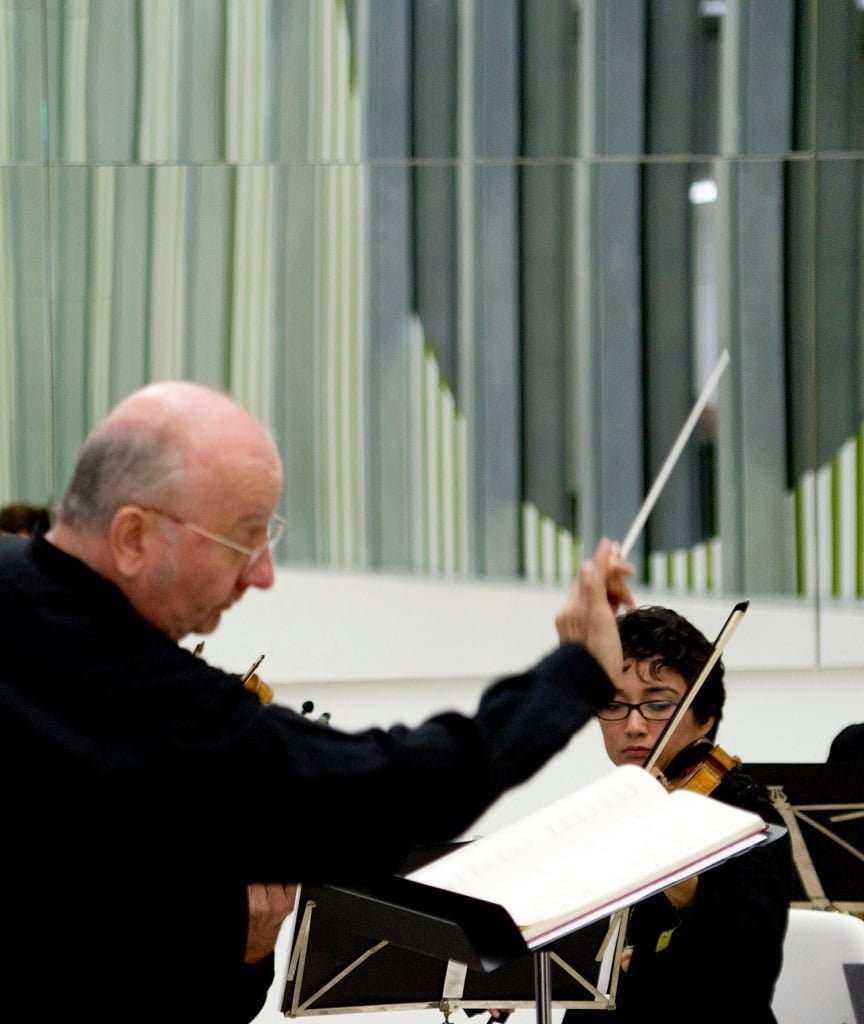 The ‘horn-fest’ was expanded by Pip Eastop who performed Mozart’s Concerto K495 in immaculate style after giving an entertaining lecture about the ‘natural’ horn in which he demonstrated the technique of hand-stopping. The fully understanding accompaniment from Halstead was only to be expected – he has played the work many times and has twice recorded Mozart’s Concertos in this way. Symphony 90 provided a grand culmination to the Festival. This time Haydn writes slightly differing parts for high horns and trumpets and the underpinning of timpani makes for a particular combination of timbres which is rarely heard in the music of other composers. It was very appropriate that we were given one of Haydn’s many musical jokes. This involves arriving at a huge pause near the end of the work. At Bridgnorth we have an intelligent audience and this eccentric silence was enjoyed by all – sadly, elsewhere, I have heard premature clappers ruining the moment by interrupting before the music re-starts.

Two days earlier the underestimated No.64 was given a sensitive reading. There is a marvellous moment in the first movement when the optimistic atmosphere is interrupted by dark shadows – any conductor who appreciates the significance of this moment and treats it sensitively has a true understanding of the whole Symphony – such was the case here. Symphony 83 (‘The Hen’), an interesting example of cheerfulness set within a minor key, was the companion. It was enhanced by the swiftness of the Andante (Halstead never lets slow movements linger). I thoroughly enjoyed the ‘hen-like’ imitations, from oboe and from the violins. The bouncing frivolity of the finale was a delight. This is one of Haydn’s ‘hunting’ movements with plenty of equestrian rhythm (surely they didn’t hunt hens in those days!).

The remaining Symphony was No.96 which shared an evening with 82 (‘The Bear’). The grandeur of Haydn’s to-come ‘London’ style was much in evidence and his suggestion that the Finale should be played rapidly was respected. I was charmed by the delightful trumpet elaboration on repeats of the oboe melody in the Trio section of the Minuet. There are hints of this decoration in an old edition which also adds quiet timpani strokes but modern printings do not include these features. I congratulate Halstead on his originality.

One of the features of the Festival is the inclusion of lesser-known contemporaries of Haydn. We were treated to a delightful Violin Concerto by Tomasini, the leader of the Orchestra during Haydn’s career at Eszterháza. The sympathetic soloist in this tuneful composition was Simon Standage. In particular the first-movement cadenza was absolutely in-keeping and continued the thematic thread admirably – it could have been the composer’s own but was by Standage. 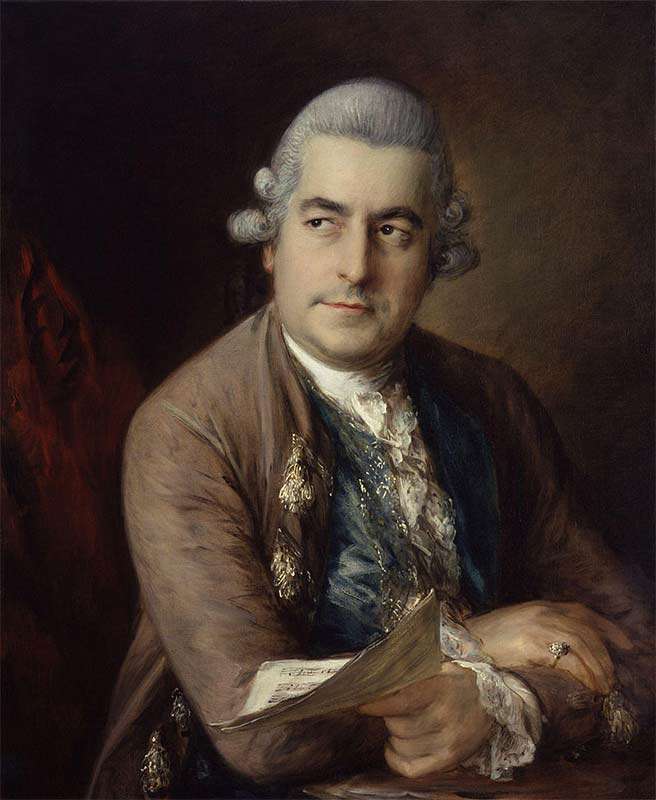 He is an important figure at this Festival; not only leading the Orchestra throughout but also first-violin in two string-quartet concerts and giving the UK premiere of Johann Christian Bach’s Sinfonia concertante in G for violin, viola, cello and oboe) – a discovery made in Moscow by Pavel Serbin who played cello here and led the Orchestra’s cellists throughout the Festival. The Sinfonia concertante is a favourite genre in J. C. Bach’s output, and this ‘new’ one is unusually scored.

The Cello Concerto in C by Wagenseil was another welcome rarity, played with appropriate gracefulness by Christophe Coin. His enunciation of the themes had a violin-like clarity. Lightness of tone was much in evidence but it did not preclude strength. Other relative rarities were Michael Haydn’s Flute Concerto in D (MH81) played firmly but thoughtfully by Maria Andreotti and Dittersdorf’s well-crafted G-major Oboe Concerto was considerately given by Anthony Robson, and should be heard more often.

Chamber music is often performed in out-of-town churches on the estates of the local gentry. The first was at National Trust-controlled Morville where Simon Standage assembled an excellent string quartet from the lead players called the English Haydn Ensemble. I was charmed by Michael Haydn and delighted by his brother Joseph’s Opus 1/1 which was popular in England before the composer made his famous visits, the work that John Marsh (1752-1828) used as a model for his tribute to Haydn which he described as “In imitation of the Stile of Haydn’s Opera Prima” (and which was performed at the English Haydn Festival a few years ago). Perhaps the only sign of the group not being at one was after the repeat of the first movement of Opus 33/3 (‘The Bird’): possibly confusion between first- and second-time bars, but mattered little because Standage led a fine reading which understood the seriousness of the so-called Scherzo and delivered the fieriest of finales.

Next day in the Church at Acton Round Standage led his Salomon Quartet in Opuses 50/6 and 76/4 (‘Sunrise’) with great conviction. Here was straightforward, clear playing with no tempo manipulation yet there was subtlety and sensitivity within ideal constant speeds. There are many ways of representing the opening sunrise in the eponymous Quartet; here the commencement was particularly gentle and evocative; by contrast the fierceness of the sun at full power was a bit surprising. In between was a String Quartet by Dittersdorf, in E flat. I have long been intrigued to know what was performed when Dittersdorf (leader), Joseph Haydn (second violin), Mozart (viola) and Wanhal (cello) got together. Could this work have been one of them? It is an individual creation – in the Minuet the second part is not marked ‘Trio’ but instead Dittersdorf uses the old Baroque term ‘Alternativo’, then in the lively Finale there is a ‘Turkish’ section reminiscent of Mozart’s usage in the A-major Violin Concerto (K219). 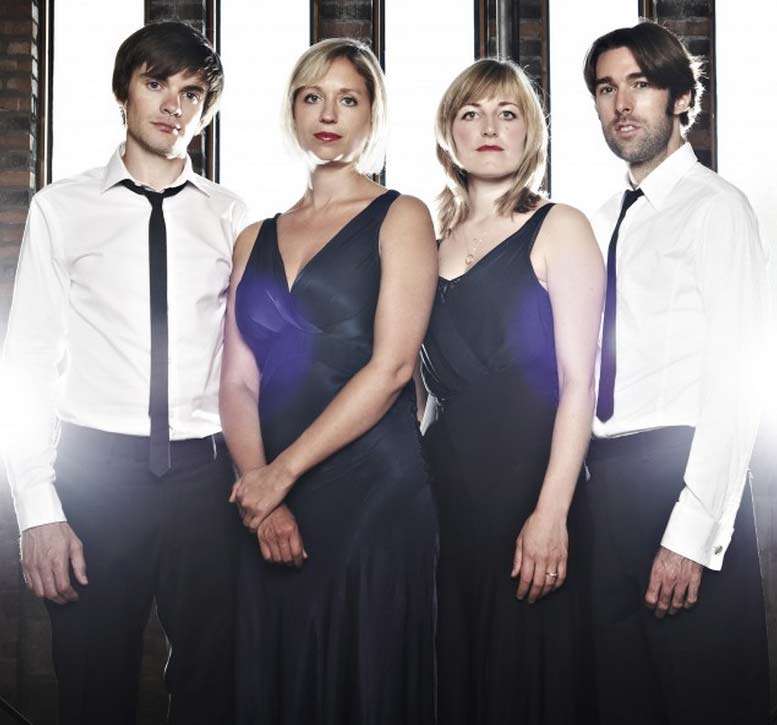 Small churches are ideal for chamber music but sometimes larger venues are used. At St Leonard’s Church the Sacconi Quartet played Opus 20/5 and Mozart’s K428 very flexibly yet the players avoided subjective imposition and their ability to play really softly was gratifying. Where Standage leads with admirable directness in true Classical style, the Sacconi, the only group at the Festival to use ‘modern’ instruments, seek out phrasing in a more personal manner but rarely does this hinder flow. Just one disturbing incident undermined an evening of formidable musicianship. This occurred in Haydn’s Opus 76 /1. Rarely have I heard the Adagio sostenuto introduction given with such perceptive understanding. Then came the Minuet and perhaps bemused by Haydn’s Presto marking the players took a wildly rapid tempo with no hint of stately rhythm whatsoever. After a grossly late entry this was followed by a disastrous collapse of tempo at the start of the Trio. I have no sympathy for performances that ‘slow down for the hard bit’ and the misshapenness of the movement was further compounded by scrambling back to the Minuet’s faster speed and then observing the first but not the second repeat. This concert involved twelve movements of which eleven were played magnificently.

A lunchtime recital at St Leonard’s given by the Christophe Coin Trio (flute, fortepiano and cello) was adventurous, music by Haydn, Beethoven, Pleyel and Wolfl, but this venue does not suit such slender works and the fortepiano became lost. Andreotti’s flute led positively however and her confident approach to Haydn’s D-major Flute Trio added strength. The next day the Trio’s forte-pianist Yoko Kaneko played at nearby St Mary’s Church. Despite the generous acoustic there was sufficient clarity. Kaneko took a very flexible approach and her tempos made Haydn’s quaint pauses in his Sonata No.50 seem awkward rather than humorous because the basic pulse was not made clear. With Kaneko slow movements tend to be very spacious indeed, especially in Beethoven’s ‘Moonlight’ Sonata where phrases were rounded-off repeatedly. The light-toned instrument did sound more powerful in the attacking reading of the latter movements.

The theme of “The Natural World” was illuminated most fully in the concert featuring Haydn’s oratorio The Seasons, sung in English. The conductor was John Moore who over several years has directed most of the choristers comprising the Haydn Festival Choir. It was not surprising that they responded with such accuracy and grace. The hall layout required the soloists to be placed in front of second violins and double basses. This made precise linking of phrases against the chorus, set well back, somewhat difficult but Moore’s clear conducting technique went a long way towards solving the problem. This was an illuminating reading. Tempos tended towards swiftness, often convincing. The highlight of the score lies in the colourful and varied sequence depicting ‘Autumn’ with its hunting, drinking and dancing. There was a surprise. I certainly expected the peasant dance to be far more measured and heavy-footed: this was a whirlwind – people would never have kept up and would have needed to discard their boots. The vocal star was bass Andrew Slater whose powerful voice and immaculate diction made a great impact. The Chorus showed no sign of tiring but in the excitingly-sung finale I was disappointed not to hear the horns in C cutting through.

There seems no reason why this delightful festival should not continue for a long time – an Arts Council grant was achieved this year. How refreshing to find a wealth of Haydn. That he should be featured so fully is compensation perhaps for that composer’s neglect at the BBC Proms where over the last five years the Haydn offering has averaged two-thirds of a Symphony per annum.