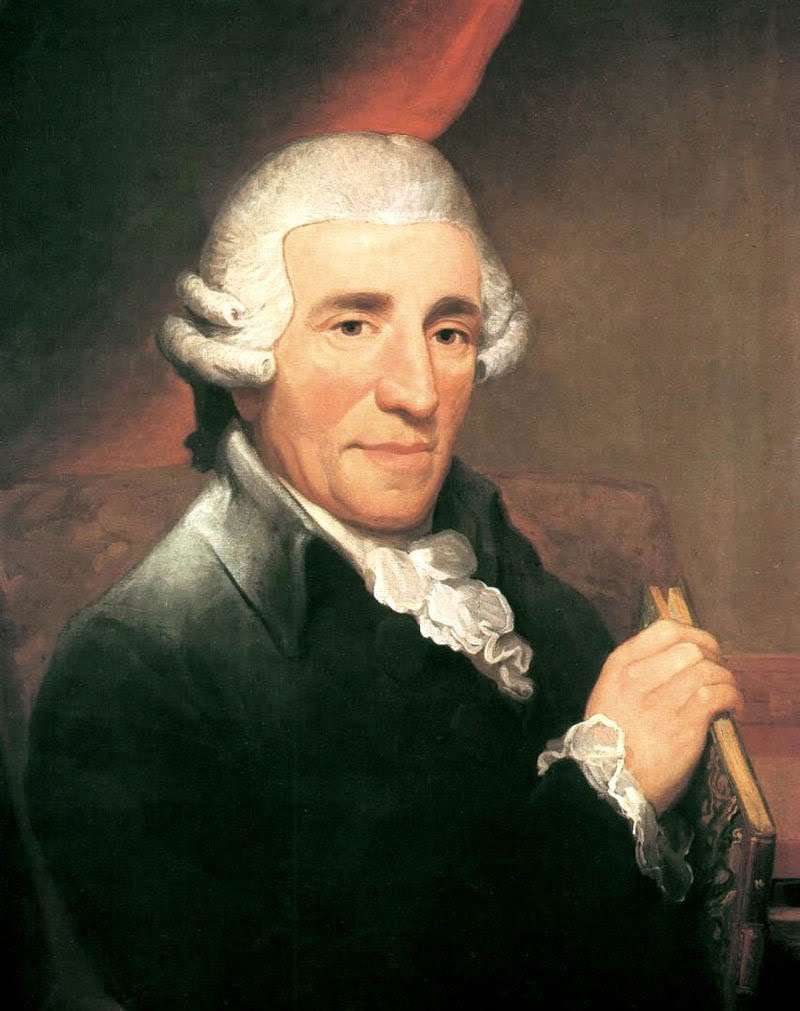 The English Haydn Festival, founded in 1993, offers ‘authentic’ performances of his music. It is a convention to give each Festival a subtitle and this year it was “Haydn’s Life in Vienna”, a helpful description since his musical life started and ended there with brief visits in the interim.

The English Haydn Orchestra – its personnel remaining almost identical from year to year – continues to play with great skill under Anthony Halstead. The expertise of the section principals was demonstrated in Concertos; not least first-violinist Simon Standage, whose contribution to and enthusiasm for the Festival is hugely valuable. He also brought his Salomon Quartet for a concert and formed a very confident string quartet with David Lewis, Alexandria Lawrence and Pavel Serbin.

The chamber-music events are of particular interest for including pieces by Haydn’s contemporaries. The Salomon members included Opus 32/2 by the Moravian-born Paul Wranitzky (1756-1808) – very much of its time but structured more loosely than might be expected. The admirably sturdy account of Haydn’s ‘Emperor’ Quartet (Opus 76/3) was pleasing, especially in the famous variation second movement, but the choice of repeats was open to question – notably in the opening Allegro con spirito. It is sometimes acceptable to omit the da capo of the subsequent part of a sonata movement, but here we heard it second-time-through only with its fewer bars and a faster-than-previously coda (“la seconda volta più presto”). Compensation was provided by a heroic performance of Beethoven’s Opus 18/6. These works were given in the Festival’s main home, St Leonard’s Church, the moderately resonant acoustic allowing the instruments to make sufficient impact.

With his Festival Quartet at Morville Church, Standage had the advantage of greater intimacy for adventurous programming, including the Adagio and Fugue by Albrechtsberger and String Quartets by Rosetti and Gyrowetz. The Rosetti showed remarkable thematic invention and the Gyrowetz is situated in the area between ‘late’ Haydn and ‘early’ Beethoven. Haydn’s Opus 2/4 showed Standage’s sympathy for this period of music, the intensity of his playing taking it beyond the description of “Divertimento”, which some commentators apply to Haydn’s first Quartets. 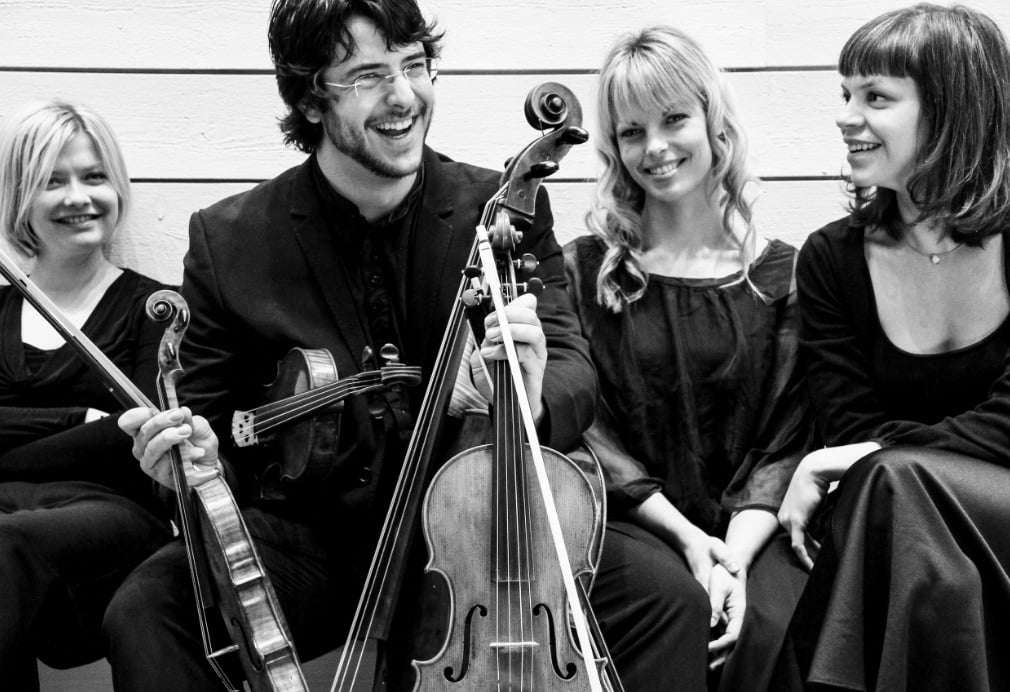 Two recitals were given by the Chiaroscuro Quartet, the first at St Leonard’s without a single note of Haydn being played, opening with Mozart’s Divertimento, K137. It is strangely laid out and maybe the publisher’s fault that the Andante precedes two Allegros. Schubert’s G-minor String Quartet (D173) was given in Chiaroscuro’s expressive style yet this approach seemed more Classical than in the powerful reading of Beethoven’s ‘Harp’ Quartet (Opus 74). The musicians’ communicative style was even more evident the following day at St Mary’s Church, its rich acoustic giving a much fuller (but not necessarily clearer) sound. The Romantic era seemed not far away in Haydn’s Opus 20/2 because of the pliant approach. There was also ample expression in his ‘Fifths’ Quartet, Opus 76/2. The players phrased as they felt when given solo moments and in the Finale that delightful stray note at the end of the first phrase was interpreted in a different manner by leader Alina Ibragimova on each of its three appearances.

The remaining Quartet concert was at the small church in the grounds of the estate at Acton Round, an ideal location. The Fitzwilliam Quartet performed Beethoven’s ‘Serioso’ (Opus 95) with force and élan, demonstrated simmering anger beneath lyrical melodies. Schubert’s single-movement Trio (D471) was an unusual companion and after the fiery Beethoven seemed somewhat underplayed. The commanding account of Haydn’s Opus 77/2 may not have suited all tastes. The hectic drive of the Finale was suitable enough but the Minuet was swift and not relaxed. The Andante was somewhat personal – the leader’s tiny hesitation at the end of the first phrase was musical enough but since it is repeated so frequently, the absence of that momentary stress by her colleagues made for inconsistency.

Symphonies – on the first night No.93 provided an exciting start; after a firm glance at the timpanist, Halstead brought down his baton and a dramatic performance ensued. There were many telling points, particularly the unhurried tempo for the first movement which allowed a great deal of detail to be heard. The Largo cantabile was presented gracefully. The joke, at bar 80, where the bassoon unexpectedly finds the note for which the other instruments had searched in vain, was all the more amusing for being played exactly as written. Full marks too for the exciting timpani crescendo leading to the forte at bar 36 in the Minuet. Following an elegant account of Schubert’s Fifth Symphony, with ideal tempos – particularly so in Minuet, played without haste – the rare Haydn 74 was given a lucid reading. This is the Symphony that Geiringer suggests might have been influenced by Mozart. I have never been convinced, especially as the work was created before the two composers met. Perhaps the blandness of the Finale makes this one of Haydn’s less-known works. Symphony 88 is a different matter. It has a delightfully bucolic Minuet and there is a most unusual feature of scoring because there are no trumpets and drums in the first movement, yet they appear in the deeply moving Largo for which Halstead adopted a daringly slow tempo, fully justified. Symphony 30 was played in correct ‘period’ style; something that is rarely done and because of the full scoring the absence of a harpsichord can be forgiven. As with, for example, Symphonies 48 and 82, horns in C-alto and timpani were used (a contemporary manuscript indicating the alternative use of trumpets confirms that the brass must be at the upper octave) and, importantly, the concluding Minuet was repeated between the two Trios; sometimes these Trios are crushed together. 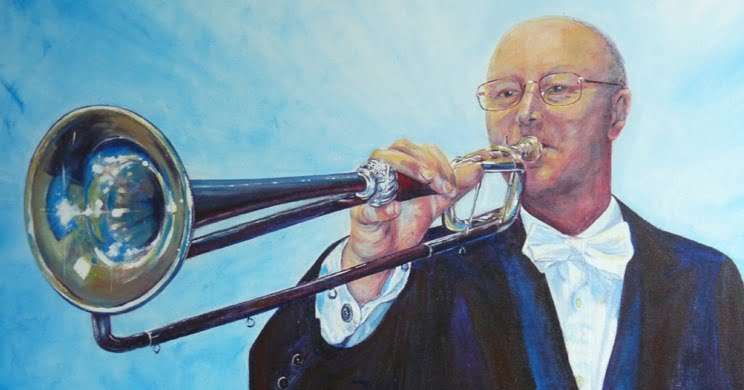 Two Beethoven Symphonies were programmed. Halstead’s approach featured incisive rhythms and forceful drive – the sforzandos in the First Symphony were especially vivid. In the Second Symphony the Larghetto was absolutely convincing, being ideally swift. I also admired the strength and steadiness of his reading of the Minuet and the fire of the Finale. I was surprised that Halstead was less generous in his observation of repeats than is usual.

There was an interesting selection of Concertos. Hummel, Haydn’s successor at Eszterháza, was represented by his delightful Introduction, Theme and Variations (Opus 102) skilfully played by the Orchestra’s oboist Mark Baigent. He did not fear to add decorations to the melodies and the jauntier moments had colleagues smiling. Robert Percival was no-less-skilled in Weber’s Bassoon Concerto, and admirably elegant in the central Adagio. Pavel Serbin travels from Russia to lead the cellos and often brings a newly discovered Concerto with him. This year it was by Charles Hoeke (No.2) and this was its UK premiere. Hoeke was of Dutch origin and resident in Moscow during the 1790s when he composed both Concertos. The second has a lengthy opening movement and a gentle slow one entitled ‘Romanza’. The Finale is based on a folk-like tune which stays in the memory.

Crispian Steele-Perkins prefaced Haydn’s Trumpet Concerto with a talk lucidly explaining the nature of the keyed instrument by Anton Weidinger written for here. This primitive trumpet is fiendishly difficult to control and I wonder if this now-obsolete apparatus could ever have provided perfection. Perhaps this is less important in the context of the performer’s understanding of the music. Steele-Perkins gave a forthright reading with suitable choices of tempo and a few added flourishes. 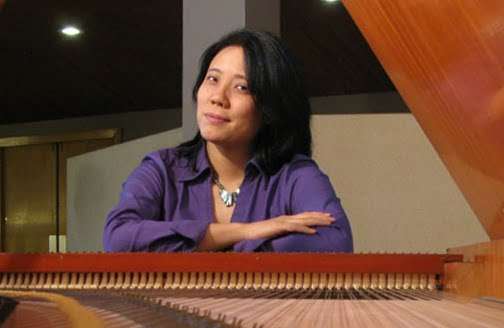 On a fortepiano, a regular guest Yoko Kaneko gave a bright, clearly articulated performance of Haydn’s F-major Keyboard Concerto. The outer movements are of the 1760s but the expressive Largo anticipates Mozart. Also in the concert Kaneko, Standage and Serbin gave Beethoven’s Triple Concerto, the violinist playing also in the orchestral passages. This was a suitably straightforward reading but it did not always capture one’s attention and the balance of the soloists was sometimes questionable. The fortepiano, adequate for the Haydn, was not easily audible, and Serbin’s cello was sometimes obscured by the Orchestra.

John Moore, Director of Music at Shrewsbury School, regularly conducts the closing choral concert. This year his Haydn Festival Chorus sang with particular vividness and strength in ‘Nelson’ Mass. I understand that Moore normally uses the original version in which Haydn uses scoring comprising three trumpets, timpani, organ and strings. Haydn permitted his colleague Johann Nepomuk Fuchs to add woodwind instruments and in 1803 Breitkopf published a questionable edition which may have been re-orchestrated by someone else. Moore returned to the Fuchs version. The ‘Nelson’ Mass has interesting features which differ from Haydn’s other ‘late’ works in this form: the chorus is used to a greater extent and the soprano is featured extensively. The bass has some individual passages but contralto and tenor are subsidiary. It is not until the ‘Agnus Dei’ that the vocal quartet is highlighted, and as the soloists stood to sing, sunlight suddenly shone through a window, brightly illuminating them. Although I question the somewhat declamatory style adopted by the male singers, soprano Natalie Clifton-Griffiths’s mellifluous singing was touchingly sensitive. The choral contribution was crisp and at-one with Moore’s convincingly direct interpretation.

I found this 2016 Festival to be particularly successful with a slight question mark about the modest number of Haydn Symphonies performed (four). It was however appropriate to hear works by his pupil Beethoven and the amount of music provided by Haydn’s friend Mozart was about right. The inclusion of lesser-known contemporaries is a great strength.