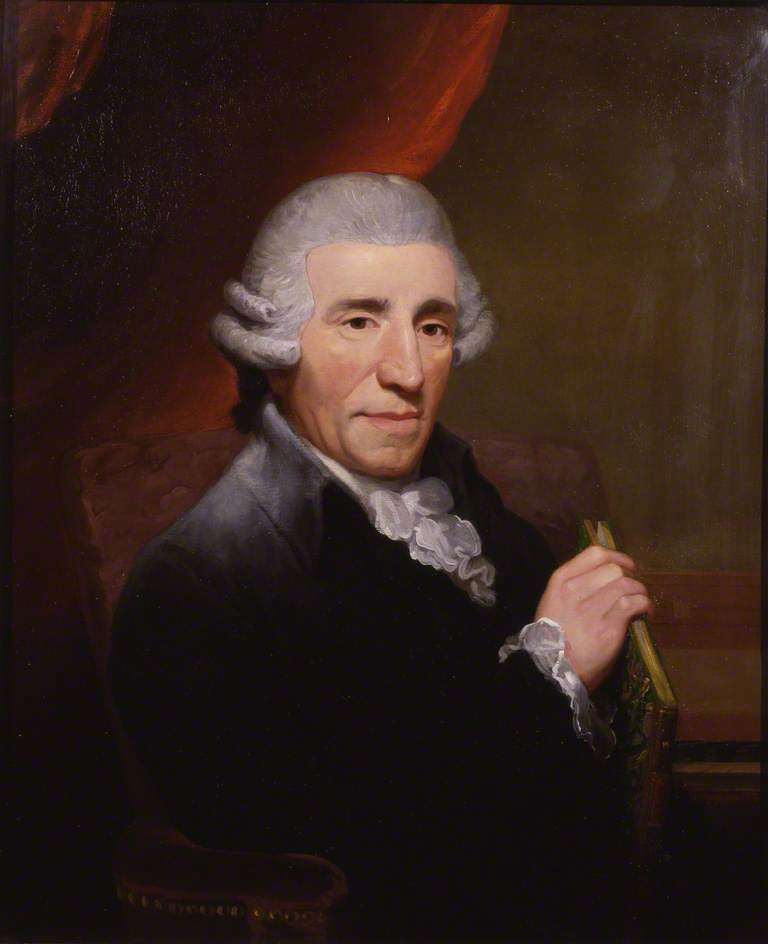 Great credit must be afforded to Steven Devine and Simon Standage for their huge contribution to the success of this the twenty-fifth English Haydn Festival. As principal conductor, Devine directed the period-instrument orchestra in authentic style, from the harpsichord in the earlier works of Haydn and his contemporaries, supporting the continuo function of this instrument by adding bassoon: we know that Haydn also used this combination. Devine was also fortepiano soloist and in a chamber concert featuring the music of William Herschel he stood in for the indisposed harpsichordist. Standage’s immense experience in ‘authentic’ performance was also an important feature of the event; as violin soloist, leading his long-established Salomon Quartet and he also led a quartet made up of the orchestra’s principals; they played as if they had been together for a long time.

The opening concert was notable for the inclusion of a Symphony by Herschel, an unreasonably neglected composer with a notable link to Haydn who appreciated his music and visited him when in England. Herschel was a professional musician for more than half of his working life and was also an amateur astronomer. During this time he made many discoveries – most notably Uranus. Only when in his forties did Herschel become a professional astronomer (the offer by George III of a substantial annual grant if he would turn from music to astronomy was one he could hardly refuse). The Symphony chosen was No.14 – a three-movement work with suggestions of early Haydn and C. P. E. Bach. In the elegant Andante there is notable richness in the viola-writing and the Finale, beginning with a slow introduction, is very dramatic. Bach was represented by his Flute Concerto in A. This is better known as a Cello Concerto and there is also a version for keyboard. The edition for flute is the least often played but it works well and Eva Caballero’s light touch was very appropriate; the opportunity to decorate the melodic line where appropriate was taken successfully.

Crispian Steele-Perkins gave an excellent talk explaining the vicissitudes of the four-keyed instrument for which Hummel wrote his Trumpet Concerto. He made an interesting point that the composer’s unusual instruction to play trills is made possible – it can’t be done on a modern trumpet. The ancient instrument does no favours to the performer when playing this demanding work and the result was not note-perfect but to hear a performance so close to the original conception was ample compensation. Two Haydn Symphonies completed the concert – the rarely performed No.25 in C – played brightly enough to counteract the simple scoring – and Symphony 22 (The Philosopher) was excellent, with wonderful tone from the ancient cors anglais and superb playing of the extremely difficult horn parts. Just one quibble: why were the final two notes of the Minuet omitted?

This first concert gave the opportunity to assess the experimental distribution (also employed last year) putting flutes and oboes on the far left behind first violins with horns and clarinets (when used) far right behind the seconds. Because of this, nearby oboes added an unusual timbre to the violins when in unison; there was also the occasional imprecision when the widely separated wind-band was required to unite.

Herschel was featured again the following day when chamber forces from the orchestra, convincingly dressed in eighteenth-century costume, with Devine on harpsichord, performed Symphony No.8 and, with Cait Walker, the Oboe Concerto. It is great to hear Herschel’s music but this powerful string Symphony needs more players to make its proper impact, moreover, the performance was uncharacteristically gentle; the Concerto was given greater character. Again I found Herschel’s viola part (played skilfully by Nichola Blakey) particularly interesting. Music by Avison and Fischer completed a pleasant midday experience.

Less impressive was the evening concert by Trio Isimsiz – not because of a lack of musical skill but the spacious St Leonard’s Church does no favours to small ensembles and in particular the fortepiano made little impact. Three of Haydn’s Piano Trios were given affectionate, unhurried readings but Beethoven’s dramatic Opus 1/3 was understated, doubtless because of the acoustic. 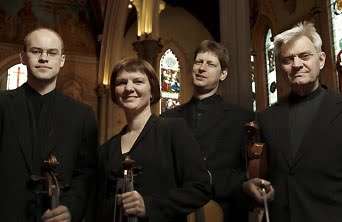 Comparison must be made with lunchtime the following day at St Mary’s Church where the Salomon Quartet played in reverberant surroundings yet sounded positive, the timbre of the instruments enhanced by the space. Performances of Haydn’s Opuses 9/3, 17/4 and 20/1 were all of the high quality that this group brings to the Festival: slow movements are always touching – true pianissimo-playing being an expressive element. The Minuets were puzzling because each included a spurious brief repeat inserted after the Trio yet the following day at the small St Gregory’s Church in Morville when Standage led the ensemble that comprises members of the English Haydn Orchestra, the Minuets were given the usual comfortable structure. The five-movement Albrechtsberger ends with a delightful whirlwind Presto and was something of a discovery, whereas the Boccherini is one of his less interesting. Gassmann, whose orchestral music I admire, opens his Quartet in E with a dramatic Poco adagio but thereafter I found it academic and plain. Haydn’s Opus 1/4 leavened it all and there were delightful echo effects in the slow movement.

Returning to Haydn’s orchestral music, the Friday concert started with a big disappointment. Haydn put his Symphony 63 (La Roxelane) together by starting with the Overture to Il mondo della luna, continuing with the Roxelane variations and adding the existing Minuet and Finale, the scoring including trumpets, horns in high-C and timpani. When the music was used as incidental music to Favart’s play Les trois sultanes he rescored it, omitting the trumpets and drums and providing a simpler Minuet and Finale – neither of which is worthy of him, in fact I wonder how genuine they are. Unfortunately this second version was the one to be published and it was not until the mid-twentieth-century that scores of the original became available. It is to be regretted that Devine used the uninteresting second version which was not only shorn of its trumpets and drums but the horns played an octave lower. The rest of the concert was superb though: Simon Standage gave the most stylish rendering of Haydn’s C-major Violin Concerto, providing his own excellent cadenzas, Devine played and directed the D-major Concerto on a fortepiano placed well-forward and easily heard, and he followed it with an exciting reading of Symphony 73 (La chasse).

John Moore has conducted The Creation at the Festival on many occasions. The Haydn Festival Chorus knows him well, responding to his direction with immediacy and admirable accuracy. This was one of his finest performances; swifter and more dynamic with the orchestral passages and a little broader than previously with the choruses. I very much liked the bright, unforced tone of soprano Philippa Hyde while Daniel Norman and Timothy Nelson were excellent in their respective tenor and bass parts, their clear enunciation was admirable. Unexpectedly, Moore employed the same speculative orchestral layout used by Devine. Moore has never done this at the Festival and it is surprising that he should alter his long-established style.

The closing concert commenced with a sparkling performance of the Overture to Haydn’s Lo speziale (The Apothecary). Then Devine directed Symphony 12 an early work but one of the composer’s most inspired. The continuo instruments authentically added colour to the lively playing and the central Adagio was especially beautiful. The B-flat Sinfonia concertante followed – excellent playing from the soloists, all section leaders. They were well-balanced against an orchestra on form with the high horn parts ringing out splendidly. The Cello Concerto by Joseph Franz Weigl (1740-1820), a member of Haydn’s Orchestra at Eszterháza, is a lyrical, well-constructed work, played brilliantly by Pavel Serbin who included admirably stylish cadenzas. Finally, Devine gave an exceptionally fine reading of Haydn 102. Again he had the luxury of horns in high B-flat played brilliantly; those pealing sequences in the first and third movements are shining examples of Haydn’s daring orchestration. The tempos for each movement were ideal and Minuet the Trio really danced.

The Festival’s increasing attention to Haydn’s lesser-known contemporaries is an admirable policy, and Steven Devine’s awareness of period style is an enormous benefit and the orchestra was excellent. Comments from fellow-members of the audience suggest that the jury is still out concerning the matter of orchestra layout. I must make my usual complaint that chamber groups make insufficient impact in the large churches and a greater number of Haydn Symphonies each year would be welcome – but there is no doubt that the 2018 Festival was one of the most successful.