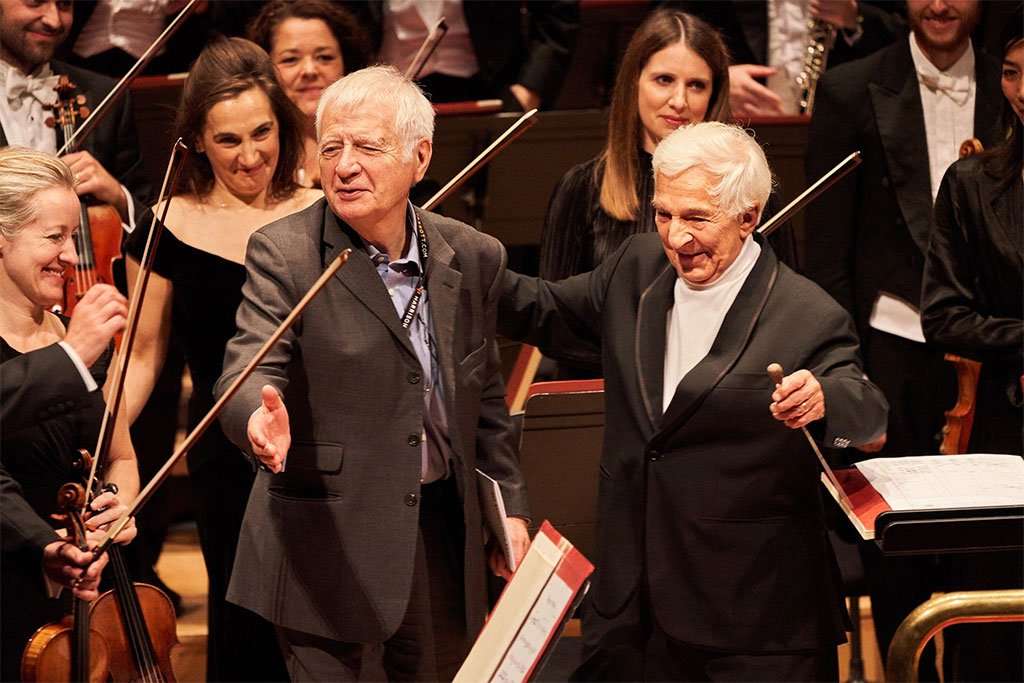 “To boldly go where no man has gone before”. I still remember the shock of an announcement one day in October 1969. Two cash-strapped young employees – Jasper Parrott and Terry Harrison – sacked for disagreements of opinion by the ‘Duchess of Wigmore Street’, Emmie Tillett of Ibbs and Tillett, since before the First World War the pre-eminent artist agency of the Empire – were starting up a new management company from their front rooms in Paddington and Hendon. Audacity and radical advertising strategy aside, what made the venture extraordinary was their roster of artists, tiny in size but atomic in fusion. Heading the list of seven was Ibbs’s Vladimir Ashkenazy, closing it was Radu Lupu, the newly crowned Leeds winner. In between came Lawrence Foster, Malcolm Frager, Rafael Orozco, Anna Reynolds and André Tchaikowsky. Four others were to be additionally represented “in certain territories formerly covered by Tillett and Holt”: Barenboim, du Pré, Perlman, Zukerman. In the cultural scene of 1969 and pre-EU Britain, it was a move as seismic as the first moon landing, Woodstock or the Vietnam protests.

“The times they are a-changin’”. Fifty years and more than 3,000 concerts on, led by JP, infinitely refined, eloquent and wise, the archetypal gentleman, the HarrisonParrott vision remains consistently one of adventure, risk and making the impossible possible. This was the agency that sent Led Zeppelin to Iceland and quotes Bob Dylan, that took Ashkenazy to China and organised the 1991 Japan Festival in the UK, the “largest celebration of arts of one country ever undertaken”, as well as ‘The Turks’ exhibition at the Royal Academy. With over two-hundred artists and composers, a multi-lingual staff-base of more than seventy, and offices in Munich and Paris, the enterprise these days is massive, the World’s most international and innovative management, “representing artists from their point of view”. That’s the crunch, that’s what makes HP different. Mechanising a diary, sorting out concerts, recordings and contracts without end, regardless of personal cost to the individual, isn’t their way. Cementing relationships, cultivating trust and respect, guiding, nursing and counselling, speaking mind to mind, being a good psychologist, creating a sensitive personalised boutique environment under a large umbrella, is what’s critical. 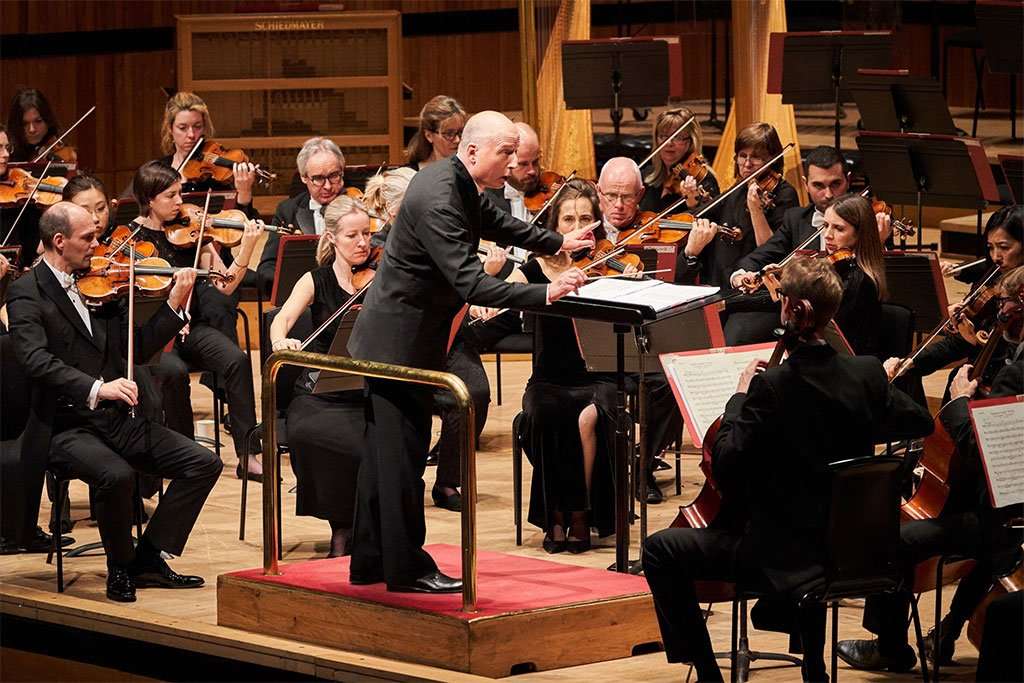 “We all talk to our artists every day.” Remembering past greats of the stable – Frager, Hogwood, David Munrow, Leinsdorf, Maazel, Previn, Boulez, Henze, Knussen – no less than celebrating the present and beckoning the future, the elegant documentation framing “50 Years in a Day” set out the company’s philosophy. Required reading for anyone in or starting out in the business, not least the management interns and apprentices forming part of the current team. The key ten attributes: Empathy, Faith in the artistic mission, Strategic thinking, Understanding of change, Business savvy, Honesty (the watchword), Calm in a crisis, Adaptability, Protectiveness, Ability to say no. To which one might add that in HP no one is a number and gender is non-preferential; that, to quote Stephen Hough, an artist is not “just an object … a means of making money … it isn’t just about selling a diary”; and that while artists, newcomers especially, may be under scrutiny, kindly watched over before being signed, so too, from the other side of the table, is the company and the palatability of whatever chemistry is being generated, the resulting humanity, between manager and those managed.

“I have no memory of the past, only of the future.” Turned seventy-five last month, physically slight, JP, now the executive chairman, is an inspiring figure, a general as much as an equal among men. Patricia Kopatchinskaja: “Poetic and audacious. With his artists, he is like a gardener, taking care of his beloved plants in the way they need. He never stops me or discourages me.” His team share the admiration. Tuğçe Tez: “I have learnt from Jasper that nothing is impossible and that one should keep dreaming and aiming higher. Curiosity for music, art, literature, culture, keeps him going – he is constantly looking for new ideas and experiences to feed his brain and soul – and that attitude influences everything the company does.” Jane Brown: “He has fantastic instincts and a nose for what is right … before it has even happened.” “What makes HP so special”, admires John Adams, “is the people. They’re brilliant and imaginative, but they’re also nice and that doesn’t necessarily come with the territory of arts management.” 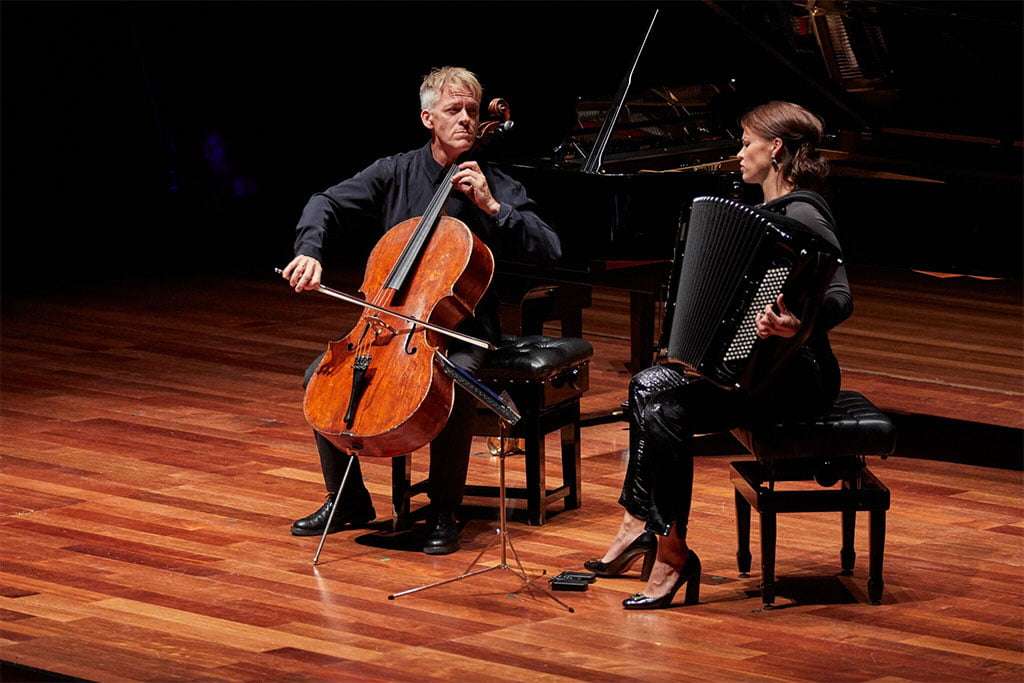 50 Years in a Day. Three packed concerts – midday, afternoon, evening. A starry galaxy of performers, two at least – Paavo Järvi and Barbara Hannigan – within hours of high-profile inaugurations in Zürich and Gothenburg. Plus the auspicious launch of the HarrisonParrott Foundation, aimed to bring music and the arts to the widest possible audience, to “improving access to music for every child, regardless of their background” (JP), “from a moral standpoint … [to] play whatever part we can in making access to the arts and culture fairer … we’ve put our money where our mouth is as a company, which is the only way things will change” (Lorna Aizlewood). Outside of the Foundation, HP is also assisting the South African tenor, Zwakele Tshabalala, who is embarking currently on a two-year course at the Royal College of Music, and was on hand to talk and sing.

Southbank Centre has been JP’s second home since the beginning. Rarely did a night pass in those halcyon days when he was not in some stall or other of the Royal Festival Hall, keyboard side of Levels 3 or 4, knowing and living the music from within, exchanging informed opinion. It was good to see him again, mingling freely with the audience, taking an occasional shy step on the stage, radiating an easy warmth, conscious of his ‘family’ of artists and younger colleagues without ever presuming to hold court – the Beatle-d, fresh-faced Young Turk of half-a-century ago turned father figure. 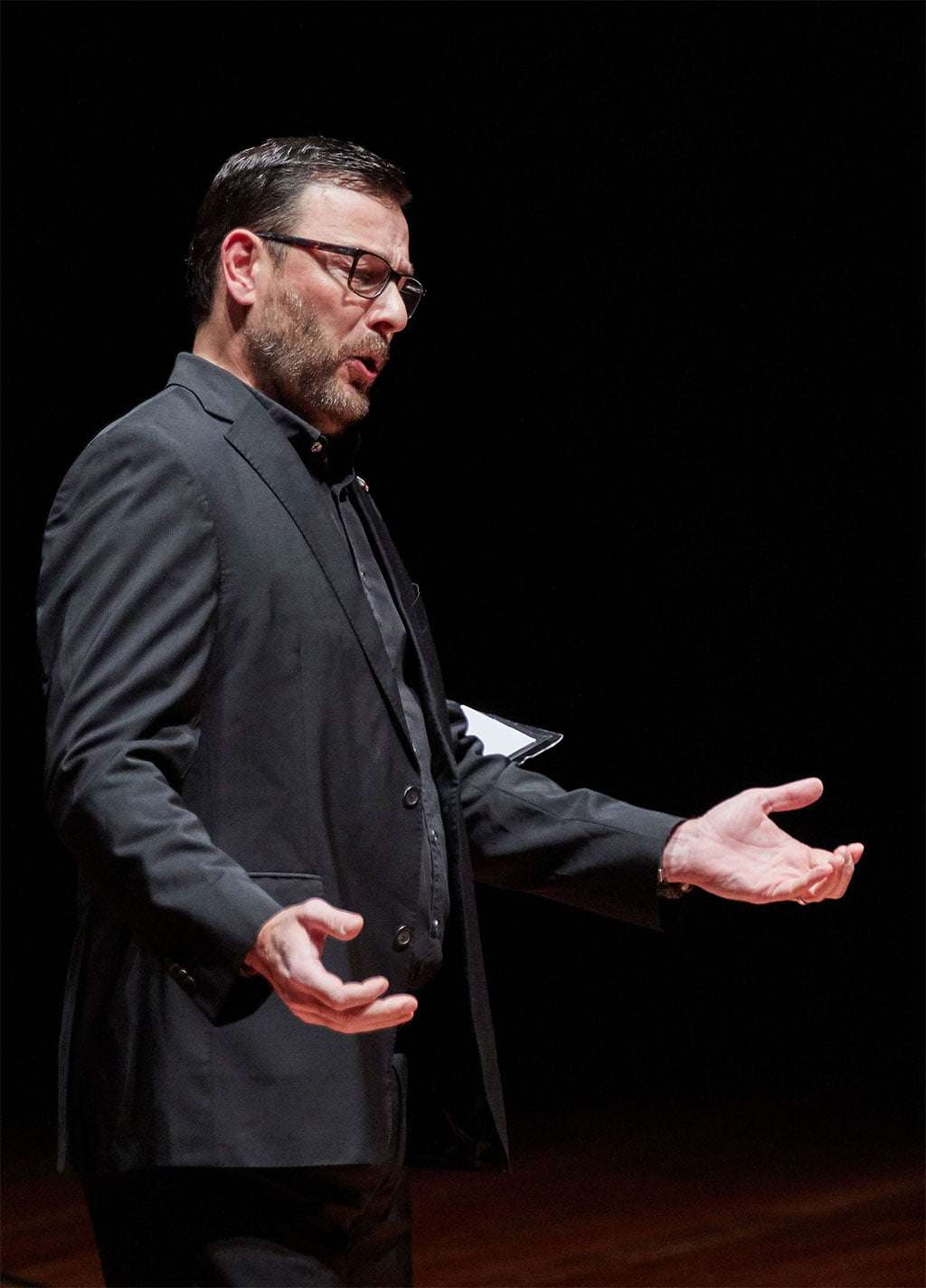 Debussy Cello Sonata in D-minor; István Várdai (cello) & Víkingur Ólafsson (piano). On the cool side, best in the exchanges of the central sérénade.

Falla arr. Kochanski, Suite populaire; Leticia Moreno (violin, representing the eclectic Polyarts wing of HP) & Daniel Kharitonov (piano). Strong on attitude and atmosphere, yet, nostalgic cameos aside, on the repressed side with a tendency to hold back climaxes. Difficult to judge Kharitonov’s abilities on this showing (he was joint-third in the 2015 Tchaikovsky competition). Seemingly not the most obvious of partnerships…

Peter Eötvös, For Lydia [world premiere]; Holliger, Bartók, Ligeti duos; Patricia Kopatchinskaja & Pekka Kuusisto (violins). Eötvös wrote For Lydia especially for this anniversary fest – the Lydia of the title being Lydia Connolly (who joined HP in 1984, becoming its youngest director seven years later), the Lydia of the music being the Lydian scale (major with sharpened fourth). Has this venerated mode of the ancients ever witnessed a more fantastical outing? With Kopatchinskaja and Pekka Kuusisto, the feral cat from the east, the woodsman of the north, you never know what to expect. In this case a mixture of sounds and pitches counterpointing a kaleidoscopic background/foreground of movements and gestures, gutturals and noises, the body language now crouched, now flying, the associations primeval and pagan, eyes flashing, mouths gasping, neck muscles straining. Music theatre, letting loose the notes on the page, comes instinctively to these players. They made the ethnic, earthy utmost of six of Bartók’s 1931 Duos, and unleashed a rhetorical then wild side to Ligeti’s 1950 Baladă și joc, Romanian music and pulse searing in Kopatchinskaja’s Moldovian blood. Throaty, rough, unstoppable.

Harrison Birtwistle, Keyboard Engine for two pianos [London premiere]; Pierre-Laurent Aimard & Tamara Stefanovich (pianos). Birtwistle wrote this “construction” for Aimard and Stefanovich in 2017-18: they gave the premiere at the 2018 Aldeburgh Festival. Clocks and mechanisms lie behind the piece – a machine in hectic activity but stationary is Birtwistle’s suggestion. That illusion came over plausibly in this performance, though occasionally I queried the precision of ensemble. Contrasting her pianism with Hannigan earlier, Stefanovich’s hand actions – fingers like levers, pointing the action, hands clenched like coiled springs then released – made for an arresting spectacle, contrasting Aimard’s otherwise unswerving perusal of the page. Birtwistle, quite frail these days, looked pleased in an undemonstrative way.

Järvi: structured, long-breathed paragraphs, time for detail and timbre, breathtaking hush, to glimpse romantic plains, hard-stick drums in the first-movement development, the 3/8 Andante, moving on, more descended than usual from Beethoven’s Second Symphony.
Rouvali: gold-plated and brilliant, the Philharmonia – a “world heritage treasure” if JP had his way – in outstanding virtuoso form.
Chan: on the busy side, but finely upping the tension in the development passages besides finding room for the lovers to live and die.
Ashkenazy: eighty-two, responsive, characterful and agile, warming to the epic moments, savouring ‘Nimrod’, and finding a wondrous quality in the ‘Calm Sea and Prosperous Voyage’ allusions of the thirteenth Variation.

Happy Birthday’ to close. Then the long embrace of ‘founding father’ and co-founder, VA, JP, two shocks of white hair under the lights. Fifty-four years of friendship musical and literary. It took one back a lifetime, back to the Cold War era, to telephones and letter-writing, to early BBC stereo, to the three-day week, to musty record shops in Notting Hill selling secondhand vinyl.

50 Years in a Day, produced by Tahlia Petrosian, proved a landmark tribute to one of the pivotal forces of the global cultural establishment. In an ideal scenario I’d like to have seen more of the current fold taking part: Lorenza Borrani, Alina Pogostkina, others … And for a company so intimately involved with the Scandinavian scene, there was a curious absence of native repertory. No matter. The integrity, the future, the selection process of HarrisonParrott as a progressive organisation nurturing values, principles, decency and artistic pedigree needs no reminding. They’re talking already about 2069.