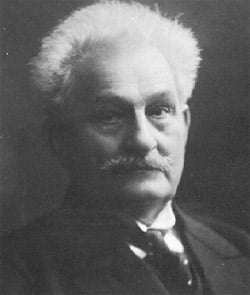 The chamber music of Leoš Janáček is less familiar than his operas and orchestral music, yet no less intense and characterised. An opportunity to experience its qualities was offered in a highly enjoyable and fascinating mini-festival held in the intimate and acoustically pristine surrounds of The Forge. Entitled In the Mists (after Janáček’s last major piano work) the three-day, three-concert event was devised and introduced by the pianist Ivana Gavrić, and attracted full houses to savour the works for strings and piano, piano solo and the masterly song-cycle The Diary of One Who Disappeared.

Gavrić matches her communicative pianistic technique to her endearing presence: a winning combination. A graduate of the Royal College of Music and Cambridge University, she had long held a passion for Janáček’s music, yet it was a period of focussed study at the Banff Music Centre, in Canada, which resulted in this project; and the project continues – in the Autumn she continues with the larger-scale chamber works at Kings Place, London.

A young ensemble, the Solstice Quartet (who won the 2009 Royal Overseas League Competition), produced vivid readings of the two string quartets: Jamie Campbell introduced the two works with flair, and displayed great zest throughout. In ‘Kreutzer Sonata’ (the First String Quartet), the players brought out its proto-Mahlerian irony, and highlighted the contrasts with the more-radical Jenůfa-like idiom. If at first their overall texture was rather frayed and bitty, by the third movement the musicians had acclimatised and brought-out the rich, intense language of this music. The Second Quartet (Intimate Letters) was imbued with passion and expressive playing, reflecting its inspiration which was focussed on the young Kamila Stösslová: the piece was one of several works expressing the composer’s growing ardour for his muse from 1917 until his death in 1928. Here the Solstice players’ timbres were most effectively integrated: they were alert to the Czech rhythms and Janáček’s individual harmonic style, with some ravishing playing by all – Meghan Cassidy’s yearning viola solos, second violinist Helena Nicholls’s impressionistic ostinato strands, and Gregor Riddell’s more discrete and blended cello line. There was fervent intensity in the Moderato third movement, whilst the impassioned mood was sustained to the last in a finale spiced with arresting harmonics and ponticello effects.

One of Janáček’s most popular chamber works, Pohádka (for cello and piano), opened the first programme, though this most delightfully appealing work was here rather non-descript and lacked a clear sense of architecture. By contrast, the Violin Sonata (1914) was admirably played by Sara Trickey (substituting at very short notice for Phillippe Graffin), whose silvery tone blossomed in the high lyrical lines of the second movement ‘Ballade’. Also arresting was the spiky energy of the first movement, with its abrupt, terse textures and mercurial shifts of mood, a dualist tendency also evident in the contrasts of the folk-like Allegretto outer sections of the third movement. In the Adagio finale, despite some hesitation, the duo drew highly expressive, plangent colours.

One of the Festival’s highlights was Gavrić’s solo recital in which she performed Janáček’s three main piano works: the Piano Sonata 1.X.1905, the cycle On an Overgrown Path, and In the Mists. Gavrić found special delight of the radiant colours she drew from the piano: gentle touch, ability to delve into the inner life of the sound, to play from the heart, and, at times, to deliver a more robust dramatic and forthright projection. She was immersed in Janáček’s style, especially the folk elements, and the emphasis of dissonance in the melody to add poignancy.

In 1.X.1905 (a work simultaneously political and personal) Gavrić conjured turbulent climaxes ideally balanced against the naïve Czech melodies, and each recurrence gained added effect, expressive yet simple against the turbulence of the rest. The second movement was even more affecting: its radiant resonances achieved through some deft pedalling.

The ten pieces of On an Overgrown Path captivated. The set was composed during the period of Jenůfa’s suspension and is shot through with a painful sense of loss for his second child Olga (who died of typhoid aged twenty-one). Throughout Gavrić highlighted the simple, ternary structures stemming from the development of a basic idea, conveying the balance of emotional richness and angst: alternative aspects of Janáček’s emotionalism. Echoes of the Preludes of Chopin, Debussy and, even, Scriabin, colour several pieces. The third, fragmentary and playful, was eloquently contrasted by the shimmery angelic textures of the processional fourth piece, ‘The Madonna of Frydek’. In contrast to the febrile pieces was the luxuriant radiance of the sixth (‘Words Fail’), whilst the final piece (‘The owl has not flown away’) was the most impassioned, where the incisive, piquant textural motif contrasts so vividly with the hymnal chorale. Musically the mesmeric alternation creates a memorable, stomach churning effect, yet it is interesting to note the extra-musical symbolism of the owl as icon of death, and the chorale intended by Janáček as a “song of life”. The transparency of textures achieved through Gavrić’s sensitive pedalling which allowed through the most whispered of imitative voices, her judicious instinctively choice of tempo, and inner expression, all brought out the cycle’s intensity and intention with admirable immediacy and pungency.

Compelling pianistic artistry was further affirmed in hwe involving account of In the Mists (1912), in which she seamlessly flowed through the fluctuating emotional intensities of the four movements. In the second Gavrić evocatively painted the contrast between the limping motivic texture of the outer sections and a more subtly-voiced fugal counterpoint in the interlude. Here the weave and warp of the music flowed into the third, more dramatically chromatic piece, driving full-throttle to its climax.

To conclude this festival was one of Janáček’s most intense and condensed dramatic works, The Diary of One Who Disappeared. It was given a most impressive interpretation by an excellent young team of singers, partnered by pianist Jeremy Bines. A Cambridge graduate and currently Glyndebourne Festival Chorus Master, Bines was fully attuned to the measure of the work, performing from memory and treating the piano part as if it were an orchestra. There was a semi-lit stage (according to Janáček’s stage direction), in which the protagonist Janik (superbly sung by tenor Nicholas Mulroy) held a small diary from which he appeared to read. The appearance of Zefka the Gypsy girl (richly projected by mezzo-soprano Lucie Spikova) and an ambient offstage chorus of three sopranos worked very well. In his lucid introduction Bines reminded the audience how Janáček believed the poems, published in the Lidové noviny newspapers in 1916, to be authentic, and how their fictitious nature was a recent discovery. Composed shortly after his first meetings with Kamila Stösslová, the cycle represented a self projection onto the protagonist Janik – who left his family for Zefka the gypsy girl, with whom he had a child.

To preface the cycle were songs and duets by Janáček’s mentor Antonín Dvořák, including seven drawn from Biblical Songs and Gypsy Songs, and two duets from Moravian Tunes: ingeniously intended to give a richer perspective on the character of Zefka. Certainly, one sensed the contrast between the wild, extravert Gypsy Songs and the calmer, more tuneful Biblical Songs. Lucie Spickova was an ideal interpreter: her native command of the Czech texts produced clear diction and an inner meaning, with a vigorous and vibrant projection. Spickova’s voice is powerfully resonant, audible above the piano even when played with a thick and brash bass, and combined well in duet with Nicholas Mulroy.

Amongst the many aspects to admire in The Diary of One Who Disappeared were the dramatic conviction and vivid contrasts of mood and colour which gripped from start to finish. It was thrilling, with Mulroy powerful in the high, luminescent register, and alert to sudden switches of mood and dynamics, from triumphant to poignant, or abruptly cut off. From the first song, he produced a fine and distinctive timbre, and portrayed Janik’s character with intensity. The dramatic pacing was exciting, and the ensemble songs compelling, with Spikova and Mulroy in expressive dialogue.

Throughout, Janáček’s elusive harmony and style were beautifully realised both in the singing and atmosphere, as in the flittering ‘fireflies’ of the third song, evocatively suggested over lugubrious deep bass chords. A great sense of suspense infused the cadenza-like piano movement; a type of entr’acte, depicting the ‘unprintable’ (thus unsung) when Janik allows himself to be seduced by Zefka. Bines performed this in total darkness – impressive – and was complemented by his communicable understanding of the music’s structure and rhetorical urgency.

This was a fascinating weekend of discovery that attracted large audiences and whetted one’s appetite for more.