Where the Wild Things Are, Op.20 – fantasy opera in one act to a libretto by Maurice Sendak, based on Sendak’s children’s book

Higglety Pigglety Pop!, Op.21 – fantasy opera in one act to a libretto by Maurice Sendak

Sounds from the Big White House: Oliver Knussen at 50 (2001), directed and narrated by Barrie Gavin, written by Julian Anderson 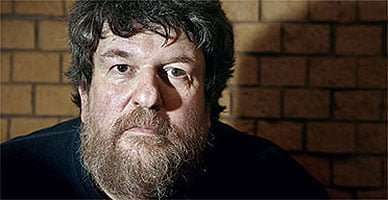 The first of the BBC Symphony Orchestra’s Total Immersion weekends this season was a birthday party – for the 60th of Oliver Knussen. And yet, the flip side was rather darker. As Barrie Gavin reiterated after the showing of his absorbing 50th-birthday documentary, much of Knussen’s music is nocturnal, and I noted that much of his (rather small) output is a tribute to dead colleagues and friends.

Bayan Northcott, who annotated the programme-book for the Sunday concerts, referred to a tally of 35 works, although Knussen’s publisher, Faber Music, lists 45. Even so, this Weekend – aided and abetted by the Barbican Centre, which promoted the staged versions of Knussen’s Sendak operas, included 19 of those works live, with a complete performance of Coursing (rather intriguingly melded with the surging torrent of Niagara Falls which inspired it) contained within Gavin’s film. This took us from works of the teenage Knussen (Masks, Three Little Fantasies, and Choral) to Requiem – Songs for Sue, completed in 2006, and the solo piano piece Ophelia’s Last Dance, from 2010.

And the performances, thrillingly committed and executed as they all were, confirmed the picture of the composer given by Gavin’s film and elaborated by the panel discussion, that Knussen felt no necessity to compose for its own sake; rather he will only release a work when he is satisfied that he has something musically to say. But of the works we heard, nearly a third were composed in memoriam; the final movement of Songs Without Voices is a tribute to Andrzej Panufnik, Autumnal commemorates Britten’s death, Silent Prayer was for Michael Vyner, Prayer Book Sketch for Takemitsu, Choral composed after Roberto Gerhard’s death, and Requiem – Songs for Sue composed after his wife Sue died. The performances of the two operas came in the wake of Maurice Sendak’s death earlier this year, and Knussen dedicated Songs for Sue to the memory of Hans Werner Henze … and then came the news of Elliott Carter’s death (on November 5).

Seeing young Knussen telling Joan Bakewell that he had taught himself to read scores by the age of eight, and as a 50-year-old revelling in his collection of novelty metronomes, hearing his intricate, wholly convincing scores – many short, because – as he reasons – why make them longer than they need to be, and receiving confirmation from all contributors of his clear-sighted conviction to whatever music he’s conducting and that rehearsals are only about getting to what the music means, was to build up a rounded profile of the composer. One can well understand that the work to construct the huge scores of the operas hit him hard, doubly so for letting people down for being late with Higglety, Pigglety Pop! But to hear any of his pieces – enhanced by such a concentration as this Weekend afforded – is to want more from Knussen’s pen. 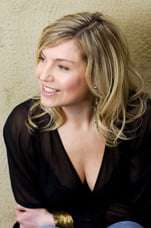 There’s a sense of wonder and mischief about Knussen’s music, clear from his very earliest pieces, with flautist Martha Lloyd starting Masks off-stage and then walking around the seating to the stage area before turning one way and then back, as if Knussen has written a dialogue, although the only other performer, George Barton, is never seen, just adding bells in the distance. This started the first of two concerts in the Music Hall of the Guildhall School of Music & Drama, continuing with ensemble works given by the Guildhall New Music Ensemble, which fielded a wind quintet for Three Little Fantasies (Ligeti- and Carter-influenced), three clarinets and conductor Richard Baker to accompany Maud Miler in the Georg Trakl-setting of Trumpets, where the clarinets vie in volume with what a trumpet could produce, a wind and string octet for the secret-settings of Songs Without Voices and, finally, two percussionists and piano joining violin, cello, double bass, flute and clarinet for the Apollonaire settings, Océan de Terre, sung by Olivia Robinson, stepping in at short notice after the indisposition of Jenavieve Moore. Preceding the Apollonaire settings pianist Richard Uttley performed Sonya’s Lullaby composed for Knussen’s daughter when she was just a few months old.

It was an instrumental recital that greeted the audience back from the rather cold new Cinema 2 (not officially opened, so there’s time to find the switch for the heating) where we saw Gavin’s film. Violinist Alexandra Wood was joined by Huw Watkins for the Britten homage, Autumnal, with its two Brittenesque titles – ‘Nocturne’ and ‘Serenade’, the second febrile with tremolos and strumming. Wood was unaccompanied in the Michael Vyner commemoration Secret Psalm, again with an unstated setting at its heart, Knussen incorporating some reference to a Vyner love – one of the great romantic violin concertos. Another pianist, Ryan Wigglesworth, swapped his baton from the previous day’s operas to give consummate readings of Variations and the Takemitsu homage Prayer Bell Sketch. Knussen had taken up Takemitsu’s discarded idea or writing a piece called Prayer Bell, but in addition to the bell sounds he incorporated a vastly slowed-down version of a noodle-seller’s call which he’d heard with Takemitsu in a hotel. The early-evening recital ended with Knussen’s latest piece, returning to a long-held fascination for Ophelia and her madness. In Ophelia’s Last Dance, Huw Watkins eerily evoked the watery memories contained therein. 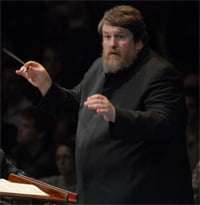 A true celebration opened the evening concert in the Barbican Hall, although the inclusion of Knussen’s most effervescent piece Flourish with Fireworks – however appropriate within a day of Bonfire Night – was not part of the original concept. But with the advertised violinist, Leila Josefowicz, unable to fly from New York because of Superstorm Sandy (or, perhaps – from a comment of Tom Service’s at the talk – more because of an exorbitant airfare being demanded by a certain national carrier…), the Violin Concerto had fallen out of the programme and Flourish with Fireworks and the utterly gorgeous Two Organa replacing it.


Quite simply, music doesn’t come much better than this, and the BBC Symphony Orchestra conducted by the composer, played it for all its iridescent worth. Two Organa are for smaller ensembles; the first – ‘Notre Dame des Jouets’ – composed originally for mechanical organ and the second, being a 20th-birthday present for the Schoenberg Ensemble in honour of its conductor Reinbert de Leeuw.

Claire Booth sang both Requiem – Songs for Sue and the Whitman Settings. She had also played the part of romper-suited Max in Where the Wild Things Are and was consistent in her radiant accuracy and fidelity, equally eloquent in Whitman’s natural inspirations (the heavens, a spider, eagles and rain), the English, Spanish and German texts of the Requiem and Sendak’s impetuous outbursts as the naughty boy who learns life lessons in a land of monsters.

But there is something special in Knussen’s orchestral scores – Choral, for the unusual combination of wind, percussion and double basses, the Horn Concerto – magisterially played by Martin Owen – and the Third Symphony. All emanate from deep, resonant openings and expand organically, with not a note wasted. Each pays re-listening as, just like an exquisitely cut gemstone, they offer different facets every time. 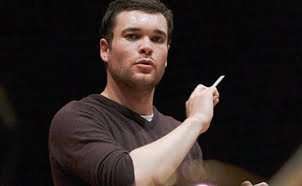 The previous afternoon (with second performances in the evening), found Knussen sitting in a very much younger audience. The two Sendak operas, with technically bewildering interface between live performers and video projection that faithfully recreates Sendak’s drawings, are full of dense musical detail, which can be enjoyed on its own terms, as well as an accompaniment to action. Again in both stage-works there’s a dark start, eventually leading to a bright ending, relished by the massed players of the Britten Sinfonia. In addition to the single screen raised above and just behind the orchestra, director and designer Netia Jones also had an acting area, stage-right, delimited by a massive children’s (like a Sendak) picture-book.

For Where the Wild Things Are, the book was open with its outer covers looking out, though which we see Max’s adult family dancing in shadow-play aping the monsters dancing on the main screen, while in Higglety Pigglety Pop! the book was shown with the inside open, with an additional acting area for members of the Mother Goose World Theatre as they watch over hypochondriac Sealyham Terrier Jennie as she seeks out experience to join their ranks. In Higglety Pigglety Pop! the single screen behind the orchestra was replaced by nine smaller screens, two of which can open outwards like windows. Here Sendak’s black-and-white drawings, over the longer time span, began to pall, although all is forgiven in the double false-ending of the big show-stopping number, like Haydn’s false endings, cannot help elicit applause, so that the third time, you’re not really sure whether the projected sign “the end” really is true. The use of colour in the drawings and costumes (Graeme Broadbent particularly resplendent in his combed-back lion’s mane) enhance the ending enormously. Lucy Schaufer, almost hidden by her terrier suit is was the match of Claire Booth’s Max and the rest of the cast enjoyed their monstrous and animal characters.

Sunday’s two chamber concerts were recorded for broadcast in the Afternoon on 3 spot in the week commencing Monday 19 November, while the evening concert (curiously, minus Choral) will be saved for Hear and Now on Saturday 9 February 2013.