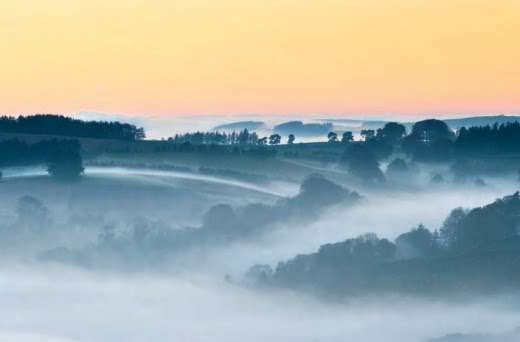 The Presteigne Festival (“situated on the English/Welsh border near Hay-on-Wye, Hereford, Llandrindrod Wells and Ludlow”) offers an expansive musical feast with its accent on living and mainly British composers contrasted, in this thirty-fifth year, with a focus on Danish composers. Innovation and experimentation is central to the vision of artistic director George Vass who, rather than provide a platform for cutting-edge figures, attracts numerous contemporary creators whose music chiefly occupies the mainstream, and there are numerous commissions. This year was no exception and the presence of Edward Gregson (in-residence) as well as Helen Grime, Thomas Hyde, and Matthew Taylor, amongst others, helped give a distinctive edge as well as a real sense of discovery.

At the Festival’s heart is the Church of St Andrew, but other venues in the vicinity provide alternative spaces for art, film presentation and poetry. The first of seven concerts I attended in two days (27th & 28th) was at St Mary Magdalene, Bleddfa where the Nightingale Quartet (formed in 2007 when students at the Royal Danish Academy of Music) impressed in David Matthews’s tautly conceived String Quartet No.6 and brought to life the pulsing energy of its Finale. There followed Vagn Holmboe’s Third Quartet of 1949, and although the players only partially conveyed the work’s luminosity, it was illuminating to hear echoes of Bartók and Shostakovich. More familiar fare arrived with Beethoven’s String Quartet in B-flat, Opus 18/6; its wit and elegance apparent even if intonation and discipline of ensemble were not.

And so to St Mary’s Kinnerton for a unaccompanied cello recital featuring Sally Beamish, John Joubert and J. S Bach and a further slice of Danish music, the central panel of Hans Abrahamsen’s Sonata (Storm and Still). In the latter Gemma Rosefield proved an ideal executor of its striking ferocity and lyric beauty; with playing as compelling as this the absence of the outer movements was disappointing, but the radiance of Rosefield’s tone was reimbursement, and she was richly expressive, ardent and intimate in the folk-inspired Gala Water by Beamish. Equally convincing was Joubert’s Divisions on a Ground – an ingenious work that, like her account of Bach’s Suite in G (BWV1007), confirmed Rosefield as a class act.

Back to Presteigne and St Andrew’s for a miscellany of British music – given by the Presteigne Festival Orchestra and the Sine Nomine Touring Choir, Vass conducting. There was a lucky find, William Walton’s Anon in Love (conceived for Peter Pears and Julian Bream in 1959) and here given in the version for chamber orchestra (harp, percussion and strings). It was sung with polished ease by Greg Tassell whose gleaming tenor wrapped itself effortlessly around the sinuous lines of “Fain would I change that note” and perfectly caught the ardour in “Lady when I behold the roses.”

Far less rewarding was Tarik O’Regan’s A Letter of Rights (2015) written to a libretto by Alice Goodman to mark the eight-hundredth anniversary of the Magna Carta. O’Regan produces music by the yard and often leaves a memorable impression but, despite the best endeavours of choir and orchestra, this forty-minute Cantata is overly long; if only the text was more palatable and the music possessed of a greater sense of direction. Earlier, there had been a well-shaped account of Vaughan Williams’s Five Variants on Dives and Lazarus, the pleasantly diverting Tombeau de Poulenc by John McLeod (eloquently played by flautist Katherine Baker with harp and strings) and a recent choral work by Cecilia McDowall. With its lyrically conceived counterpoint, In Some Corner of a Foreign Field forms a sincere response to anti-war texts by Rupert Brooke, Joseph Spence and verses from the Book of Job.

The following morning the spotlight was on the Touring Choir. Under its conductor Susan Hollingworth, there was an ambitious programme that stretched voices to the limit. Highlights included Urmas Sisask’s dancing Benedictio and atmospheric carol settings by John Joubert. McDowall’s attractive Love Incorruptible came off well but Nielsen’s Three Motets prompted the adage that voices should be “never louder than lovely.”

This fault never arose in the afternoon song-recital given by mezzo Rebecca Afonwy-Jones who, along with Rachel Roberts (viola) and Timothy End (piano) gave outstanding performances of works by Nielsen, Falla (Siete canciones populares españolas), Brahms (his Opus 91) and Edward Gregson’s superbly written Five Songs of Innocence and Experience – receiving the premiere of its revised version. Afonwy-Jones combined lustrous tone, generous phrasing and a natural ease of communication that demands attention and also further study of Gregson’s music.

One looked for fresh superlatives for the Leonore Trio’s recital – bold in scope and expressive range and with playing of bewitching musicality even in the challenges of John McCabe’s fiendish Sonata for Cello and Piano given by Gemma Rosefield and Tim Horton. Music by Hyde and Gregson completed the first half, but it was Schubert’s B-flat Piano Trio (D898) with violinist Benjamin Nabarro that simply mesmerised.

But the day was not over and concluded with Memoirs of a Pear-Shaped Life – a tours d’horizon of Erik Satie written and devised by Meurig Bowen and featuring pianist Anne Lovett with actor Christopher Good as the composer. If some discreet amplification would have given more vivid outline to this assemblage it was good to be reminded of Satie’s wonderful eccentricities. Ideal for radio!