In the year of his 75th-birthday, the Southbank Centre and the Park Lane Group presented Peter Maxwell Davies’s ten Naxos Quartets, commissioned by the record company and composed between 2002 and 2007, with various ensembles over six concerts

Naxos Quartet No.5, Op.253 (Lighthouses of Orkney and Shetland)

Colin Anderson writes… The weekend began with Naxos Quartet No.2 played at the Central Bar at Royal Festival Hall. Despite the general hubbub of what is after all a public area (not least the caterwauling children) and some visual delights (the sight of a young lady strolling through happily munching on a baguette will stay with me!), this seemingly dubious presentation worked rather well and was intensified by the concentration of those sitting as the audience. The ‘concert’ started with ‘no strings’, a tribute to Dennis Brain written fifty years after Brain was killed in a car accident in 1957. This call to attention, the four horn-players arranged spatially is, at eight minutes, quite substantial – exhilarating, lyrical (melancholy), its elegy and hunting calls sitting well with one another.

The Idomeneo String Quartet then gave a committed and enthralling account of Naxos Quartet No.2, a substantial, four-movement, 45-minute piece that challenges listeners and performers, but in rewarding terms. The music’s tense contrasts, the agitation and heartfelt turns of expression, managed to (more or less) shut out the rest of the world. Following the long (19-minute) first movement, the two central ones, 6 minutes each, seem to be two sides of the side coin, the first impassioned and spectral, the second teasing (and arguably the most puzzling of the four), the slow finale being withdrawn and intimate, fragile, but with underlying tension to sustain the whole. Naxos Quartet No.2 makes and leaves a big impression.


John-Pierre Joyce writes… The Purcell Room leg of the Naxos Quartet cycle opened with the chronologically close, but thematically contrasting, numbers 4 and 5.

First performed in August 2004, No.4 is cast in a single extended movement. The subtitle of ‘Children’s Games’ refers to a 1560 painting by Brueghel depicting the various games of town children. Peter Maxwell Davies’s stated intention was to produce a lighter, more playful work following the aggressive, anti-war outcry of No.3. Musically, the listener is invited to glimpse children’s various activities through incisively juxtaposed rhythmic and melodic snatches. But the work is much less playful than the composer attests. There is a brooding and occasionally sinister edge to the work, with the listener being led from one game to the next through some dark linking passageways and disturbing dead ends. The Harpham Quartet had clearly invested great time and attention to this piece. The musicians’ playing was practically flawless, with some extremely tricky technical passages expertly handled. The ensemble excelled at holding together the transition passages between each ‘game’, and in smoothing over unconventional shifts of keys.

With the Fifth Naxos Quartet – premiered just two months after No.4 – we were much more on Maxwell Davies’s home territory. The subtitle of ‘Lighthouses of Orkney and Shetland’ refers to the night-time sweeps of lighthouse beams across varying sea- and shore-scapes, and also their silent ‘calls’ to each other. The Solstice Quartet perfectly captured these shifting views and pulses of light through sensitive playing across the two movements (marked Largo and Lento respectively), and their strong emphasis on rhythmic patterns.

This quartet is a more varied and beguiling piece than No.4, with clearly defined shades of light and dark and subtler instrumental effects. Cellist Gregor Riddell was particularly expert at conjuring up an image of light sweeping and dissolving as pizzicatos. Solstice’s playing may not always have been as technically proficient as the Harpham, but it certainly had the edge in captivating the audience.

Andrew Maisel writes… The second day of the three devoted to the entire Naxos Quartet cycle opened with the longest, and some say, most pivotal of the ten quartets. Clocking in at around 55 minutes, Naxos Quartet No.7 is written in seven slow movements, the nearest contemporary comparison being the six of Shostakovich 15. 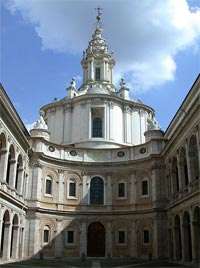 Anyone new to the work and studying the programme notes could be forgiven for feeling apprehensive about the music. Each movement is based on the manipulation of space and light in churches built by the 17th-century Italian-Swiss architect Borromini, and it is from him that Maxwell Davies draws his musical inspiration. Maxwell Davies writes how the music has been structured in relation to the architectural features of each individual church. It’s a daunting prospect and the music itself demands much of musicians and audience in its slow pacing. What’s so surprising is the degree of spirituality he extracts from each movement, almost as if the marriage of music and architecture has merely been the springboard for what Maxwell Davies calls “an intense spiritual journey” The most intense realisation of that journey is the final movement which harks back to the church of the first movement but also evokes the anguish of Borromini’s tragic suicide. 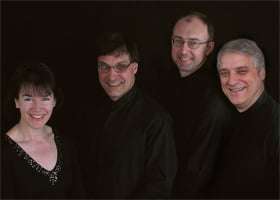 The Maggini Quartet, who gave the first performance (and recorded the whole cycle), can lay claim to knowing more about this piece than anyone save the composer. This performance was a miracle of pacing and concentrated intensity. Each movement may be marked Adagio or Lento but they all inhabit their own soundworld and are not uniformly slow. It’s this variety that the Maggini Quartet conjured so well ensuring that the music never flags nor loses its sense of purpose.


After the meditative quality of the 7th, the Third Quartet positively spits and snarls with unbridled fury. Maxwell Davies’s original concept was to explore “the compositional potentialities of a magic square of Saturn … with the associated isometric disciplines based on the plainsong proper to the celebration of St Cecilia.” The start of the Iraq war changed all that and the work became his form of anti-war protest.

The Kreutzer Quartet may lack some of the absolute refinement of the Maggini, but the musicians’ playing in the furious first movement ‘March’ was as fiercely driven and explosive as one could wish for. The slow second movement ‘In Nomine’ is the heart of the work, representing the composer’s personal anti-war protest The brittleness of the first movement returns in the ‘Four Inventions and a Hymn’, a sort of burlesque scherzo, and the final ‘Fugue’ is another fractured reference to Iraq in its boiling anger and unresolved tension. 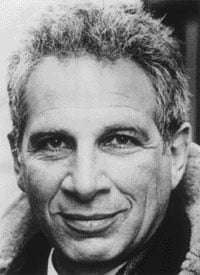 Sadly the sort of identification with the music that was so apparent with the Maggini and the Kreutzer was lacking in the Sixth Quartet (which is dedicated to Alexander Goehr), performed by the Vardanyan String Quartet. Comprising of six movements and influenced in form (as acknowledged by the composer) by the ‘late’ Beethoven quartets, it is as demanding on the listener as any in the cycle and one of the toughest to crack if less overtly angry than the Third, less spiritual than the Seventh but containing elements of both. It’s no less a work but at times it did feel an awful lot longer than thirty-three minutes. The outer movements are generally fine but the central Adagio dragged; the Vardanyan unable to maintain the tension that runs throughout this warmest, most lyrical part of the quartet. A measure of how high the quality of playing has to be to do this music justice.

Bob Briggs writes… In a composing career of over 50 years he’s entertained, exasperated, annoyed, infuriated and, sometimes, bored us, but Sir Peter Maxwell Davies, once the darling of the newest of the new-music set, and now Master of the Queen’s Music, has been able to deliver what is known as the water-cooler moment – whether you love him or hate him he’s always to be found in musical conversations up and down the country.

The set of ten string quartets, commissioned by the Naxos record label, has been recorded by the Maggini Quartet. The Eighth Naxos Quartet, in one movement, is a study in restrained beauty; starting with icy, somehow dispassionate, music, the material is developed and at the end, like Turandot, the heart of the work has melted and grown up. Ending with the most exquisite muted sounds this work is a real winner and can easily stand comparison with any string quartet written since the end of World War Two. The Wu Quartet played with grace and style in a breathtaking performance.


Naxos Quartet No.9, in six movements, is positively Beethovenian. The first movement, although alternating fast and slow music, has the intensity of the Große Fuge, but the ensuing Largo is slightly marred by too much protest. The scherzo is elusive and fleeting, the second slow movement as probingly concentrated as the German master, its sublime intensity shattered by a violent and vicious march. This was all very classical in feel and layout but the magic is spoiled by a finale which relies, over much, on the interplay of metrical ideas, rather than development of the material. However, the ending was quite radiant in its life-enhancing qualities. The musicians of the Tippett Quartet suggested that they had been playing this music all their performing lives.

John-Pierre Joyce writes… The concluding concert in this cycle of Naxos Quartets began with the end and ended with the beginning.

The Tenth Quartet is the final work in the series, premiered in October 2007. But, as the composer is keen to point out, it does not represent a conclusion or a grand finale, but rather a starting point for a repeat of the cycle, or else for something entirely different. The work is modest in terms of scale and content, but it hints thematically to the preceding quartets and also to something new. Cast in five fairly brief movements, it features echoes of Scottish dance, and is dominated by an extended “Passamezzo Farewell” in the central third section. This is an intensely moving and melancholy movement, which the Alea Quartet played with captivating delicacy and intensity.

The audibly unfinished hornpipe of the last movement led to the final work in this Maxwell Davies weekend – the First Naxos Quartet. As with the Fifth, this work has specific Orkney associations. The light, shadows and seascapes of the islands filter through the whole work, with subtle string-writing alternating with vigorous and even savage rhythmic punches. The Piatti Quartet gave a sensitive and well-rounded interpretation. The jarring pizzicatos and atmospheric tremolos in the first movement were particularly well-handled, while the darkly Jacobean dances of the central Largo echoed the viol-music of Maxwell Davies’s English predecessors.

This was a captivating and intriguing end to a very special event. And as the birthday-cake topped with blazing candles was brought on to a visibly delighted Max, one couldn’t help feeling that this was as much a celebration of the enduring strength and power of the string quartet as a medium.