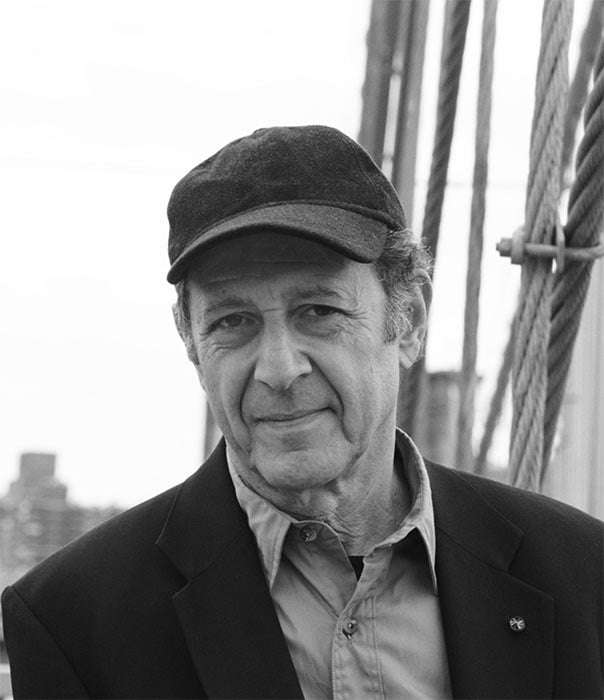 The Sounds that Changed America: A talk by Alex Ross

Kicking off the Barbican Centre’s veritable compendium of Minimalism to celebrate the serendipitous alignment of the 80th-birthdays of both Steve Reich (3 October 1936) and Philip Glass (31 January 1937), and the 70th of John Adams (15 February 1947), this weekend concentrated on the doyen of the trio, baseball-cap-wearing Reich, in attendance. What follows is what I was able to attend.

The series opened with the first of two talks by The Rest is Noise author and New York Times critic Alex Ross (he’s back for the Adams focus), giving the west-coast background to Minimalism, offering a laid-back, quietly spoken introduction to the milieu from which Reich, Glass and Adams have come. It was something of a whistle-stop tour, with music examples emanating from Ross’s laptop, pointing up the developmental milestones in the American genre and, by-the-by, the distinctive individual voices each composer brought to the form. Ross apologised for running over the fifty minutes’ running time, but no-one seemed to mind and would have happily stayed for more.

We did not have long to wait: only an hour later the concerts proper started, with Guildhall School students contributing two works: City Life (1995), in Anthony Fiumara’s transcription for wind band, and – from a quarter of a century earlier – the work that perhaps typifies Reich’s style in popular consciousness, Drumming. 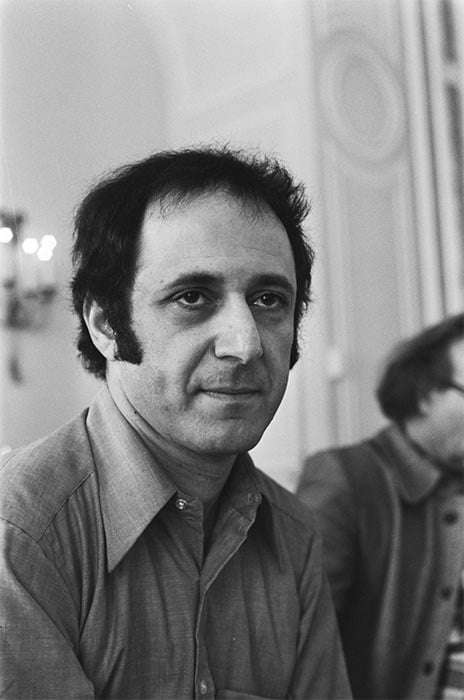 Notwithstanding a technical glitch in City Life that twice necessitated servicing of an Apple laptop, presumably connected to the two electronic keyboards that sampled the recorded sounds of city life (one was aware that some of the sampled sounds might not have been there), this performance conducted by Simon Wills bristled with activity, aptly scored for winds including three piercing saxophones. The five sections merge together, each titled either with sampled phrases or descriptive of urban landscapes, ending in ‘Heavy Smoke,’ which Pwyll ap Siôn’s programme note suggested might reflect Reich’s concerns of early 1990s New York-living and foreshadowed the events of ‘9/11’.

My own take was – rather like Vaughan Williams’s A London Symphony – this describes the arch of a typical urban day – from dawn to well after dusk, concentrated into twenty-five minutes or so. The Guildhall’s young players rose to the challenge and, however embarrassed she may have been, Wills called for a bow from the young lady who saved the day in sorting out the laptop malfunction.

After the interval of Saturday-afternoon’s concert it was not the sound that was the problem, but the lighting. During the first part of Drumming, the colour scheme that shaded some of the four drummers in a purple hue was unusual, but then the asymmetrical moving triangular patches of light that developed seemed ill-designed for the curvature of Milton Court’s choir-area above the stage. By the fourth and final part, when all instruments play together – drums, marimbas, glockenspiels and two amplified voices – the lighting took on a frenetic bent, more appropriate to a rock gig, becoming almost strobe-like (not that there was any warning beforehand), and flashing in the eyes not just of those packed in the choir, but also in the stalls. No one was credited in the programme and the score doesn’t call for lighting effects, so this was a bad and annoyingly distracting miscalculation.

Which is a shame, as the nine percussionists – two vocalists and piccolo player – performed Drumming from memory with amazing concentration and authority. A more general wash of lighting would have made it easier to see the patterns of the players moving around the stage from the eight drums in the centre, to the zigzag formation of three marimbas at one side of the stage to the glockenspiels at the other. The amplification of the whistling in the third part (with glockenspiels) may not have been ideal and there seemed to be a non-scored series of ticking sounds (lights cooling, I wondered?) towards the end, but – lighting effects ignored – this was a great performance.

On Sunday night in the Barbican Hall an equally full audience greeted the London Symphony Orchestra. Keith Potter’s note was rather confusing about the first two pieces – suggesting Daniel Variations was written for “four singers, two clarinets, percussion, four pianos and string quartet” and the ensuing You Are (Variations) are for a “larger ensemble … the vocal line-up now expanded to six, and 13 string players”, when we could see the massed LSO strings (for the opener sans basses). Kathryn McDowell’s written “Welcome” piece referred to the new orchestration of You Are, while post-concert investigation uncovers that Kristjan Järvi has made the premiere recording of the new orchestration (Sony Classical). 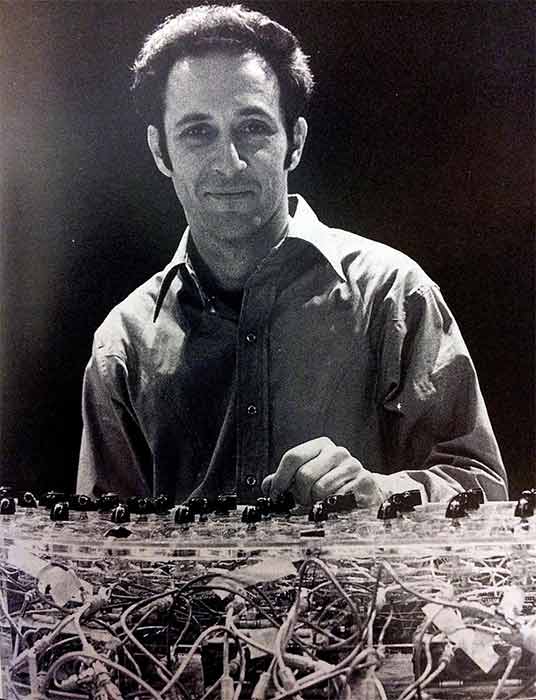 Perhaps the four (typically amplified) singers in Daniel Variations and the six (likewise) in You Are were less ideally focussed against the larger string body, and the winds (two clarinets in the first piece, expanded to other high winds for the second) were all-but-lost to sight at the back of the strings to Järvi’s right, but the main focus were the four pianos and, behind, the tuned percussion – four vibraphones for the first, two vibraphones and two marimbas for the second. These instruments define the pieces’ ‘Reichness’, both powering and underpinning Reich’s settings of, again in each piece, the four movement-titles that comprise the whole texts.

Daniel Variations was composed at the request of the family of Daniel Pearl, an American-Jewish journalist kidnapped and murdered in Pakistan in 2002, and the short statements that are the basis of the second and fourth (final) sections are Pearl’s, while the first and third take their aphorisms from the fourth Book of Daniel. The four texts of You Are are philosophical, even spiritual in tone – from 18th-century Hasidic mystic Rebbe Nachman of Breslov, Psalms, Ludwig Wittgenstein and Rabbi Shammai. Reich’s musical fingerprints – overlapping and repetition – are to the fore, but there is change in mood, from dancing string figures (at times issuing only from inner desks) to the underlying slow transformation of the musical arc. Thus there is an immediate busy appeal to much of the music but also a contemplative thrust that infuses the texts through the musical texture.

Both these pieces – from 2006 and 2004 respectively – matched the single work in the second half, earlier by over two decades: The Desert Music, with both title and texts taken from the poetry of William Carlos Williams. The central content (for the three inner movements, the second the same as the fourth, and the third itself cast in a ternary form, including a repeat of the opening text flanking a text about thematic repetition) are from a poem entitled The Orchestra, and Reich includes full complement of instruments (though reducing the piano requirement to two, even if retaining four players to also play electronic keyboards). And we’re up to ten voices, courtesy of Synergy Vocals.

Here immediately there is another Reichian trait, the pulsing of repetitive cells, swelling in volume and dying away. And Järvi – like Reich more casually dressed than the tailed musicians, dark jacket over his burgundy T-shirt – had the measure of the overall architecture delivering the whole edifice with admirable clarity. Although the score demands the amplification of the voices, I wonder, in a suitably large hall and expert choir, whether massed voices (unamplified) would create an even bigger effect.

The LSO’s relationship with Steve Reich dates back to 1988 and its players have no problem switching to it. Given Reich’s keyboard requirements, musicians from the BBC Symphony and London Philharmonic (Elizabeth Burley and Catherine Edwards respectively) took to the stage as well, and at the end Järvi was insistent all departments got separate bows, as well as bringing Reich himself on. A standing ovation was the inevitable result. There were a number of devices dotted about the stage and one in the audience which I understand to be a 360-degree camera, and microphones were present, but there was no indication as to what for, but I hope there is a recorded afterlife for the concert.

One final thought. There is no doubt of the success of Reich’s music, but – like this Barbican weekend – we tend to hear his music only in all-Reich concerts. Surely the lifeblood of concerts is mixed programming, so I hope that – despite logistical difficulties – Reich’s individual pieces will be programmed amidst other repertoire. It can easily stand it.