Danacord’s complete survey of tenor Aksel Schiøtz’s recordings (made between 1933 to 1946) is now made available for the first time as a ‘bargain box’ with copious documentation, texts and translations. 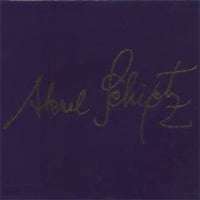 The flame that was Aksel Schiøtz’s career burnt for a few short years before it was extinguished by surgery that caused a partial facial paralysis. He made a brave comeback as a baritone but, while the artistry was reportedly still present, the heady, translucent tenor timbre had been lost. Add the five lost years of Nazi occupation of Denmark (Schiøtz, 1906-1975, remained in his native land throughout the war) and there is a substantial and growing familiarity gap for the current generation of vocal collectors about this singer.

This set is a re-issue of the individual CDs devoted to the complete recordings of Aksel Schiøtz as a tenor, which won first prize in the vocal class of the (then) International Classical Record Collector’s inaugural Historical Awards in 1998. The sponsorship of Schiøtz’s avid admirer Mr Hessel de Jong allows it to be sold at an affordable price.

I can give only an overview of this collected edition, perhaps pausing along the way to recommend particular recordings which have made a strong, in some cases unexpected impression on me.

The voice itself is one which makes me feel that it never ‘broke’ in the conventional sense but passed seamlessly from treble to tenor, something I also hear in Gigli, Björling and Pavarotti. Its main feature is liquidity unencumbered by sinew, whatever stress it is put under.

Short careers often lead to cult status. Tully Potter in his foreword reports intriguingly that the deliberations of the jury for the above award included one comment that Schiøtz was “the singer for people who don’t like singers”. I take this to mean that he was modest and unostentatious (as Gerald Moore relates in his autobiography), dedicating himself to the service of the music and not glorying purely in sound. However, I do not hear a singer of prissy fastidiousness putting intellectual considerations before vocal beauty. On the contrary, I can find no recording here, no phrase or note even, in which Schiøtz compromises the principle that beauty of tone is the first consideration of sound production; and this even in cases where there might be compelling interpretative reasons for departing from it. 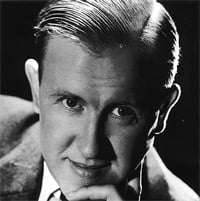 The core recordings reissued here are of German Lieder. In the “Die schöne Müllerin”, made in 1945 with Gerald Moore, Schiøtz adopts a consistently and utterly natural boyish timbre; no-one could fail to fall in love with the sheer beauty of his tone and the elasticity of line, as displayed in many of the songs. Some will anticipate a bland interpretation, given that Schiøtz’s recording preceded the advent of so-called ‘interventionist’ interpretation. Schiøtz proves that poetic development can be accurately reflected and narrative interest achieved without sophisticated and extreme variations of emphasis or inflection.

He is a master of subtle changes of colour and dynamic. Volume 4 of the set, entitled “Hidden Treasure Records”, contains an incomplete and unpublished version of the Schubert cycle from the months before the occupation of Denmark in April 1940. It is no challenger to the familiar version: the pianist in most of the 10 songs recorded is the reticent Herman D. Koppel; and there are some inaccuracies, a missing grace-note here, a faulty entry there, an occasional failure of forward momentum and, sonically, some metallic scratching that are presumably on the originals used for this production. Nevertheless, it represents clear evidence that Schiøtz’s interpretation was constantly evolving. The earlier recording has a different set of nuances: the final phrases of ‘Mein!’, for example, are ecstatic, the chromatic intervals in ‘Die böse Farbe’ leant on and the tone at climaxes as close as Schiøtz ever gets to recklessness.

The other great test on which his reputation rests is Schumann’s “Dichterliebe”. The recording with Gerald Moore, completed in a single day in January 1946, will surprise any listener only familiar with the Dietrich Fischer-Dieskau and Peter Schreier generation of interpreters. This is a lightweight version, without the intensity of feeling and the scorching bitterness which later singers have found in Heine’s poetry, seconded by Schumann’s settings. Under-statement is the order of the day. There are passages as beautifully sung as I have ever heard in this work. Nevertheless, Schiøtz does not exclude the darker side: his use of subtle shades again hints at an understanding of the poet’s and the composer’s intentions without the bold declarations we have become used to in the years since.

In this case too there is a second version presented for comparison, recorded in 1942 with Folmer Jensen at the piano. This treats the songs as pretty miniatures, an approach I find unconvincing but which draws from the singer even more sublime floated tone and gentle legato than in the later version. Jensen may not be the master-accompanist that Gerald Moore was, but he is in complete union with the singer in treating these compositions as uncomplicated love-songs. It has the feeling of a live performance and stands as a legitimate, if partial, alternative to the commercial version. To my surprise, I find this more satisfying musically than the London recording.

In the same volume appear some Grieg songs, not all are standard concert fare, recorded in 1943 with Jensen once more at the piano. Here again singer and pianist form a fine partnership, especially in the ballad “Udvarten”. Jensen provides a cushion of velvety sound, then joins the singer in an enraptured vision of the girl’s prospective voyage before sharing the despair at the scotching of their plans through her premature death. The hackneyed “Våren” also brings out the best in the two artists, with Schiøtz rising to an exalted climax that includes an accomplished messa di voce.

Volume 1 contains relatively well-known recordings. The opening recitative and aria from Handel’s “Messiah” were landmarks of their time and join with “Frohe Hirten” (Bach) in exhibiting Schiøtz’s fluency in florid music, in the latter case of instrumental purity. The CD also records partnerships with two conductors, the immensely influential Mogens Wöldike in the baroque pieces and Egisto Tango in Mozart. Schiøtz is quoted in the notes speaking in glowing terms of the latter, justly, as far as the opening aria from “Die Entführung” is concerned, in which the vocal mastery is seconded by decisive conducting, but less validly in “Un aur’ amorosa”, which is rushed, the singer being denied the opportunity to rest and reflect. Schiøtz’s was an ideal voice for Mozart, though its fluid timbre was not unique among recorded tenors: the Hungarian Joszef Reti (1925-1973) has a similar luminosity.

I was expecting more from the Nielsen songs in the final volume. So many of them are simple strophic compositions, often to ingenuous patriotic lyrics. A few are harmonically adventurous: Among them, “I Aften” hauntingly depicts heavenly perfection, while “Sommersang”, with its volatile accompaniment, represents nature constantly in motion.

The most rewarding discovery was lying in wait in Volume 6, entitled “Danish Golden Age”, confined to music written during the first 50 years of the nineteenth-century which saw the reconstruction of Copenhagen in neo-classical style, the ascendancy of Hans Christian Andersen, the emergence of the poet Oehlenschlager, the theologian Grundtvig and the philosopher Kierkegaard, among others. The spirit of the age was taken up in music by Danish composers such as Rung, Hartmann, Gade and Weyse, who all find a place in this volume.

The profligacy of melody pouring from these Romantic composers reminds of their German contemporary Lortzing. No greater advocate could they have than Aksel Schiøtz. The mixture of passion and tenderness with which he sings the deceptively simple “Flyv Fugl flyv over Furesøens Vove” is a wonderful introduction to Hartmann’s music. “Laer mig, Nattens Stjerne”, a sort of cross between Wolfram’s Song to the Evening Star and Schubert’s “Nacht und Träume” is built of testing long phrases which Schiøtz negotiates with aplomb. This delightful sequence of Hartmann’s finest treasures is topped by “Sverkel’s Romance”, whose gorgeous orchestration benefits from the conducting of Wöldike. The riot of ingratiating music continues with ‘Oluf’s Ballad’ from Gade’s “Elverskud”.

The booklet is a lavish production that will serve the curious listener and student alike. Well over 300 pages, it has notes in both Danish and English, including quotations from Schiøtz’s own commentaries on the major works. His widow Gerd Schiøtz (who died in 2005) contributes several articles; in one she describes the horrors of their wartime experiences in Denmark. The general notes by Arne Helman also convey the political context of the central years of Schiøtz’s career. He notes that some songs were seen to contain coded messages about Danish nationalism during the occupation. On a personal level, Schiøtz’s post-war collaborator Anker Blyme offers insights into the singer’s personality, which was, it seems, by no means a placid one. Full texts and English translations are provided for even the most obscure pieces.

There are one or two intractable recordings; otherwise, the transfers have produced sound quality of singular naturalness and clarity. This tribute to a distinguished and refined singer deserves a place on every collector’s shelves.