The staging in 1997 of a high-level international song competition with the Wigmore Hall seal seemed like the culmination of the Hall’s rise to universal acceptance as the world’s premier venue for Art Song performance. Four competitions took place, biennially, adjudicated by juries whose members read like a roll of honour of song performers, singers and pianists, with the constant presence of the then Director of the Hall, William Lyne (in 2003 as Chairman) and of Dr Ralph Kohn, whose Foundation sponsors the Competition.

Clearly the Competition was inaugurated with high aspirations but were the founders fully satisfied with the quality of the performers, I wonder? Looking back on the prize-winners’ names between 1997 and 2003 one is struck by the fact that few of them have gone on to join the company of internationally indispensable recitalists. The fact that the First Prize for singers was left unawarded in 2001 supports the view that the entry has not been of as fine a quality as the title and presumptions of the Competition promise. 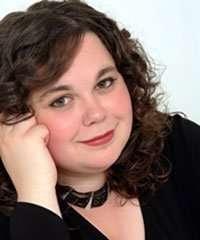 In any case, there was no competition in 2005. This year it has been resurrected, with Dr Kohn again on the jury. I detect a lowering in the aspirations of the organisers. A note of caution is struck in the programme notes of the sponsor and those of current Wigmore Director John Gilhooly: instant success is certainly not on their agenda for the contestants. 32 candidates had passed the pre-recorded audition to reach the public rounds. When we assembled at Wigmore Hall on Thursday at 6 p.m. these had been reduced to five, rather than the announced four: an augury of high quality, perhaps. I was encouraged by the presence among them of Katherine Broderick, winner of two competitions in the spring, the Ferrier Award and the Guildhall School Gold Medal. There was bound to be some doubt about the suitability of a voice of the size that she possesses for a range of miniatures, which most of the song repertoire is. This anxiety was regrettably confirmed by her performance. Her Brahms selection comprised two folksong settings, presumably chosen because they are extravert and unrestrained. “Hochgetürmte Rimaflut” had some uncomfortable flashes of strident tone, while the attempt to play a little girl in “Och Mod’r, ich well en Ding han” did not come off. In Debussy’s “De fleurs” the voice tended to overwhelm the subtle lines, though one was grateful for the power and thrust at the climax.

Perhaps nerves affected her in the early stages of her programme, as the waywardness had gone by the fourth song, Schubert’s “Die Männer sind méchant”. Strauss’s “Geduld” was well structured, with the subdued tone of the early stanzas giving way to growing urgency in the final lines, and a well-timed climax. The extreme Romantic decadence of two Schoenberg songs demanded, and got, a high degree of musicianship from Broderick, as well as some detailed enactment, otherwise at a premium in her recital. The cynical adviser in “Mahnung”, characterised by vocal timbre and inflection, came across as a calculating slattern. The singer, soon bored by advice she must have heard many times before, amusingly dosed off, slumping down against the piano, only being awoken by a sforzando on the piano. Throughout, Broderick was at one with the pianist, Jonathan Beatty, in musical and interpretative terms. 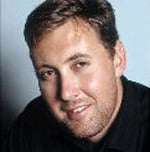 The bass Matthew Rose commanded attention from his first notes. The sound is glorious, the enunciation faultless in each of three languages. He began with Ibert’s four ‘Don Quichotte’ songs, which allowed him to display a range of vocal qualities. In the song of Don Quichotte’s departure he matched pianist Gary Matthewman in the deftness of the shakes in the lower register. The Duke’s song was notable for the ardour of his wooing, while in the song of Don Quichotte’s death he revealed the sheer amplitude of his voice, thundering out a protest at his demise: “Si tous les livres m’ont tué…”. The narrative of Finzi’s Hardy setting “The clock of years” was sustained to a memorable climax, the voice turning to a suitably frozen emptiness in introducing the Spirit’s uncompromising conclusion, before roaring out the final, devastating line.

A bass is always faced with the narrowness of the available song repertoire for his vocal type and it was, I suppose, always likely that Rose would turn to Brahms for the mandatory German element in his recital. His “O wüsst’ ich doch den Weg zurück” was a little bland but he managed “Four Serious Songs”, especially the rolling phrases of the fourth, ‘Wenn ich mit Menschen’, without really breathing dynamic life into them. I look forward with excitement to my next encounter with this extremely promising voice but feel he will be better suited to the operatic stage. 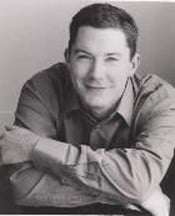 By contrast with this massive instrument, the smallest voice among the five finalists was that of the Irish tenor Robin Tritschler. He had devised a varied programme, linguistically and stylistically. Three Russian songs began his offering: two Hebrew songs, contrasted in themselves, a consistently stentorian one by Glinka and an organically developing one by Mussorgsky were followed by the “Song of want” by Shostakovich, with its savagely ironic response to suffering, entirely typical of the composer. The ability to colour the voice immediately declared itself to be one of this singer’s strengths and to it was added in the second group of French songs a physical projection which illuminated the narrative and brought the audience firmly in to the experience. The characterisation of the flock of ducks in Chabrier’s “Villanelle des petits canards” was priceless in this regard but not overdone. The cabaret style of Manuel Rosenthal’s “La souris d’Angleterre” was equally within his grasp and the conclusion of the song brought one of the few spontaneous bursts of applause of the evening. These two light-hearted songs were separated by the perfumed intensity of Chausson’s “Le colibri”, a cunning, if risky, choice of order but one which Tritschler carried off convincingly. He and his partner François Salignat delivered the exchanges between voice and piano at the opening of this song with aplomb, while leading up to and through the important harmonic resolution at “S’ouvre et porte au coeur un humide éclair”.

The singer was somewhat uneasy in his Wolf group. There were a number of verbal slips and the second ‘Peregrina’ song suggested misgivings about the range of the voice. The opening stanza has a high tessitura, which Tritschler got through all right, though there was a boss shot at the crucial word “Qual” later, and this seemed to affect his confidence in the rest of the song. I had thought earlier that this was perhaps a baryton martin rather than a true tenor and the management of the passaggio was sometimes precarious, including in the first English song, Bridge’s “E’en as a lovely flower” (familiar in the original German to those who know their Lieder as “Du bist wie eine Blume”). There was cause only for admiration of the singer’s breath-control in this, however, and it emerged as a little gem, with its repetition of the opening lines at the end particularly haunting. “Journey’s End” again benefited from that physical communication from the platform in the growing anxiety of the inquiring character. A simple, uncomplicated setting of James Joyce, “Goldenhair” completed a rewarding recital.

The other tenor (no ambiguity this time!) was the Englishman Ben Johnson, accompanied by the youthful-looking James Southall, who was the most impressive accompanist of the evening. He carried the first Wolf group, where Johnson had failed to fully sustain the argument of “Der Genesene an die Hoffnung” and been rather impassive in “Gebet”; in “Er ist’s” it is his long postlude after a neutral vocal part which holds most of the song’s substance and Southall gave it the full range of expression. After an unsatisfying Poulenc “Bestiaire” the singer came into his own in two settings by Parry of Shakespeare sonnets, well contrasted in mood, the second “No longer mourn for me when I am dead” mixing decisiveness and uncertainty and giving opportunities for display of the head voice.

I was surprised that Johnson returned to Wolf, this time three settings of Goethe, to complete his recital, though he was more effective, both vocally in the jagged movement between registers in “Phanomen” and in playing the stand-up comedian in the tongue-in-cheek “Erschaffen und Beleben”. I always find Wolf’s “Ganymed” over-sophisticated, certainly by comparison with Schubert’s setting, but the final ascension of the boy into Zeus’s bosom did bring out the squillo in the singer’s voice and he conveyed the transfiguration well, led rather than seconded by his pianist. 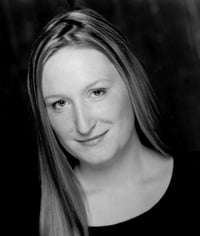 The Canadian soprano Martha Guth had won Fourth Prize in the previous renewal of the Competition four years before. She offered a deeply concentrated programme which, with hindsight, one concludes that her experience allowed her to carry off. While there was a rawness about some of her rivals, she could afford to interpret he material with urbanity and the minimum of theatrical flamboyance. The voice itself is a rounded lyric soprano, without sharp edges, as became clear immediately in her opening pair of Copland songs. Ravel’s “Kaddisch”, in Aramaic presumably, though the programme notes only gave French and English, was gorgeously performed, its melismas balanced by strength and intensity and with an awareness of its homogeneity where others offer sameness.

Three songs by Poulenc showed off Guth’s perfect intonation, the last of them, “Violon” being delivered through pursed lips, another example of this singer’s economy of physical effort. An unusual choice of song by Rachmaninov was his “Dream”; it seems to have been chosen because of its high-lying phrases. A song by Chris DeBlasio, published in the year of his premature death (1993), formed a contrast with the final two items from among Richard Strauss’s best known songs. “Morgen” can seem interminable; I know of no song for which the choice of the right tempo is so important. Guth’s collaboration with her accompanist Spencer Myer offered by no means a brisk speed but it was wholly convincing in the light of their interpretation, in which the voice never rose above mezzo-piano and conveyed the spellbound state of the reunion which the song predicts. The following “Ständchen” was a crowd-pleasing end to the pair’s recital, though none the less expertly performed for that. The audience was persuaded, awarding Guth and her partner their warmest ovation of the evening.

My last observation concerns the rules of the Competition. There is an insistence on musical polyglotism, with three languages being required at each stage, one being German. The judges must therefore have been looking for versatility. But surely this is a very specialised skill open to by no means all the great song performers of this or any other age. We certainly admire Gérard Souzay for performing impeccably in several languages but do not admire Dietrich Fischer-Dieskau the less because he rarely stepped outside the German Fach; and even if such versatility is to be prized, is the right way to assess it to force contestants to perform a mixed, stylistically as well as linguistically clashing programme, which is in any event a rarity on the recital platform, however much it may once have been the rule?