Film version of the musical thriller

Music and lyrics by Stephen Sondheim

Screenplay by John Logan, based on the stage musical by Stephen Sondheim and Hugh Wheeler, from a play by Christopher Bond 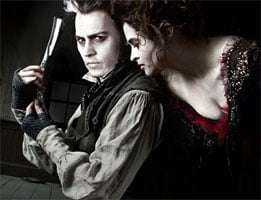 According to Christopher Bond, the actor-director from whom Stephen Sondheim had the idea of making his own version of the story of Sweeney Todd: “Passion and fun are what I like best in the theatre and they were my first priorities when writing my version of Sweeney Todd“. Sondheim shared Bond’s interest in grand guignol and Victorian music-hall and adapted Bond’s version for his own ‘musical thriller’, written with Hugh Wheeler in 1979.

When Bond came to stage his version at the Victoria Theatre, Stoke-on-Trent, all of the existing scripts were poorly written. Most were based on George Dibdin-Pitt’s original, so Bond wrote his own version, drawing on all sorts of different sources, The Count of Monte Cristo, Tourneur’s The Revenger’s Tragedy and bits of the Bible and Shakespeare which he fashioned into a very dark, black comedy full, indeed, of passion and fun.

Sondheim’s stage version stays fairly close to Bond’s original but of course has all the songs and production-numbers interpolated within the plot. After several stagings of the musical, it has generally been accepted that Sondheim’s musical works best as a chamber piece. The original New York and London productions were too unwieldy and not commercially successful. Subsequent productions at the National Theatre, the Half Moon Theatre, the Royal Opera House and by Opera North have all done the piece full justice. And now comes the film version, which is not so much Stephen Sondheim’s ‘Demon Barber’ but Tim Burton’s.


Burton is a highly gifted and totally original filmmaker. On the other hand, Sondheim is a master of theatrical effect and his musicals, unlike those of, say, Richard Rodgers and Oscar Hammerstein II (the latter being Sondheim’s mentor and lyricist of Oklahoma!, State Fair, Carousel, South Pacific, The King and I and The Sound of Music) are eminently not-for-filming simply because they are such definite theatre projects. 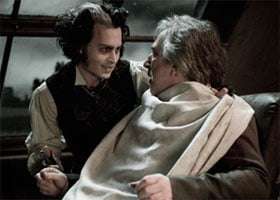 Interestingly the only Sondheim vehicles to make good films are those he wrote in conjunction with others. West Side Story, composed by Leonard Bernstein, was a great success commercially as a movie (1961) although it seems overblown and very theatrical now. Gypsy (1962), the story of Gypsy Rose Lee’s mother Rose, written with Jule Styne, is a drama with music and set mainly in theatres and as such works as a film very well, although it lacks Ethel Merman’s central performance as Madam Rose from the original stage show. A funny thing happened on the way to the Forum (1966) just did not work as a movie, although the theatrical production was Sondheim’s longest-running show after West Side Story. Finally, A Little Night Music (1978) was a total disaster even under the guidance of the show’s original director Harold Prince. Elizabeth Taylor was miscast as Desirée and, despite having Sondheim’s most successful song ever, ‘Send in the clowns’, the film bombed completely.

So, what of Sweeney Todd? If anybody was likely to make a success of it, it ought to be Tim Burton, whose middle name could well be ‘Gothic’. His track-record of oddities includes Beetle Juice, Batman, Edward Scissorhands, Ed Wood, Mars Attacks!, Sleepy Hollow, Charlie and the Chocolate Factory and Corpse Bride. There was a film of Sweeney Todd made in 1936 with Todd Slaughter (an apt name!), a barnstorming actor who specialised in melodrama, but it looks pretty creaky now. Burton first saw the stage musical of Sweeney Todd in London. Not knowing anything about Sondheim, he thought “the poster looked kind of cool, kind of interesting. It’s like an old horror movie but the music is such an interesting juxtaposition, being very beautiful, while the imagery is kind of an old horror movie. And it was interesting to see something bloody on stage, too.” 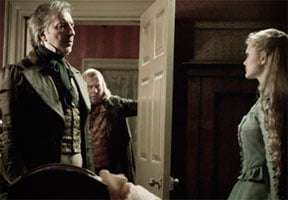 The plot hardly bears close examination but it does offer both excitement (passion?) and laughs (fun?) in the tale of the ‘Demon Barber’. Benjamin Barker (Johnny Depp) was convicted on a trumped-up charge by Judge Turpin (Alan Rickman) and sent off to Australia for fifteen years. The Judge had taken a liking to Barker’s wife Lucy and her daughter Johanna who he makes his ward. When Barker returns to London with the aid of fellow-sailor Anthony (Jamie Campbell Bower) he seeks out his old friend Mrs Nellie Lovett who runs a pie-shop in Fleet Street where he formerly had his Barber’s Shop in her upstairs room. She had kept his razors (“these are my friends”) and he sets to work again under the name of Sweeney Todd, seeking to wreak his revenge on the Judge who banished him and stole his family. As the pie-business is not doing well, Mrs Lovett has a cunning plan for improving trade. Todd could not only shave his customers but he could also do them in and then Nellie could pop them into her pies at no extra cost and at an enormous saving on ingredients. The plan works until Anthony finds Johanna has been sent to a lunatic asylum and that the Judge plans to marry her. The rest of the story leads up to Todd’s revenge on the Judge but there are other unresolved issues before the tale reaches its gratuitously gory end.

Of necessity cuts have been made in translating the musical from stage to screen. Watch the trailer for the film, however, and you would hardly think that it’s a musical. Some of the best parts of Sondheim’s score have been omitted, admittedly with his permission. But it’s sad that the show has been virtually filleted of all excitement. Most of the choruses, which in the theatre are the most hair-raising part of the score, have gone and what remains is truncated, leaving the film virtually without a backbone. In the theatre you feel a tingle as the chorus chimes in, singing Todd’s name. It’s eerie and grisly as Todd lifts his razors high, but tinged also with black-comedy as he slashes the throats of his victims. In the film the bloodletting seems unrealistic, almost cartoon-like, although, in the theatre, it was really spine-chilling, particularly when accompanied by raucous factory whistles. 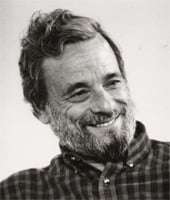 Sweeney Todd has Sondheim’s best score, beginning with ‘The Ballad of Sweeney Todd’, ‘No place like London’ and ‘The barber and his wife’, all narrated by the chorus, but in the film there is virtually nothing left of these. The comic song by Mrs Lovett, ‘The worst pies in London’, goes for almost nothing, while the droll song that closes the first act, ‘A little priest’, a welcome piece of comic relief, hardly registers at all in the film. The performers, and in particular Johnny Depp and Helena Bonham Carter, do not look as if they are enjoying themselves or even seem involved. They don’t have the best singing-voices to put the material across: there are no highs, no lows, and, to go back to Christopher Bond and what he likes most about the theatre, no passion and no fun. This is a glum, rum do, whereas the original show tingles with excitement with many moments of good humour, black though they may be.

There are some saving graces. Alan Rickman as Judge Turpin, is evil personified. He seems to have mixed feelings towards Anthony and almost appears to be seducing him as he is berating him for pursuing Johanna. He fingers his leather-bound books with the touch of the true fetishist in a really creepy performance. As his sidekick, Beadle Bamford, Timothy Spall is also seriously repulsive, a little effeminate but truly ghastly. Sacha Baron Cohen (who has a good singing voice) contributes a telling cameo as Pirelli, the ‘Italian’ barber who tries to blackmail Todd. The look of the film is reminiscent of Universal’s horror-films of the 1930s. Indeed, Burton sent designer Dante Ferretti a DVD of Son of Frankenstein, the 1939 movie starring Basil Rathbone, Boris Karloff and Bela Lugosi: that was the look and feel he wanted for his film of ‘Todd’. Yes, it is London, Tim, but not as we know it, at least only as we know it from the films of old Hollywood, a dark and dismal place with death and disgust just around the corner.

Those who love the musical of Sweeney Toddmay be less than happy with the film version. However, it is already on its way to some sort of success, having won two Golden Globe Awards (for Best Picture – Musical or Comedy, and for Johnny Depp, Best Performance by an Actor in a Motion Picture – Musical or Comedy), and it will be in with a chance at the Academy Awards. It is also up for two BAFTA Awards and the Critics’ Circle has nominated Helena Bonham Carter in its Best Actress category.

Notwithstanding all this, it is still a lost opportunity to turn a theatrical masterpiece into a cinematic classic.