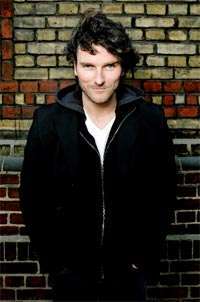 One of the many advantages the Norwegians have over the British is that they can bore about the weather at even greater length than the Brits can. They reckon it rains for about two-thirds of the year in Bergen, and the heat-wave that settled over this charming, practical, manageable, west-coast city-port for the opening days of this year’s Bergen International Festival put the icing on the cake for its sixtieth-birthday celebrations. So it’s not quite as old as Edinburgh or Aldeburgh, but still one of the big hitters on the festivals fixture list, and like them with a special setting, in Bergen’s case one that offers tantalising glimpses of Norway’s magnificent fjords and mountains. 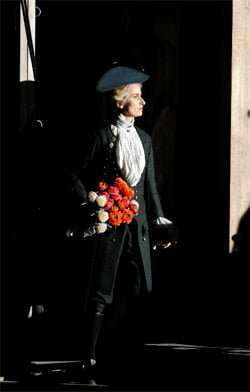 This year’s big event was the Komische Oper’s new production of Handel’s Xerxes, directed by the Norwegian-born Stefan Herheim in his debut with the controversial, 65-year-old company, opening the Festival just after its premiere in Berlin.

Herheim has been enthralling and scandalising the opera world with his bravura deconstructions of, mainly, nineteenth-century operas, such as his Parsifal for Bayreuth, which was presented as a history of modern Germany, with the Festspielhaus at one point draped with swastika banners. Opera houses have been fighting for his services, and people have been raving about the way he has subverted the frequently heavy-handed excesses of Regietheater with his perceptive and overloaded wit. You’ve only got to see a photograph of him to be aware of the potential of a maverick imagination. May his star still be in the ascendant for his forthcoming production of Verdi’s The Sicilian Vespers at the Royal Opera House. 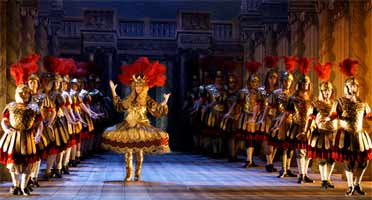 Herheim has taken full advantage of, by baroque standards, Xerxes’s relatively simple plot – two royal brothers (Xerxes, Arsamenes) in pursuit of the same girl (Romilda), whose sister (Atalanta) is in love with Arsamenes, who is not interested, and Xerxes the king is being stalked by his betrothed Amastris disguised as a soldier – and obvious comic possibilities of rage, jealousy and mistaken identity. It helps that the opera is quite sparing with long da capo arias, so that the various machinations of the action could forge ahead smartly on the back of airs and recitatives.

In keeping with the Komische Oper ethos, the opera was sung predominantly in German, with Italian reserved for big set-pieces. Herheim’s point was to send up completely the extravagance of baroque opera. The beautifully designs, based on the original 1738 sets of the London premiere, were on a revolve so that we could see the stage-hands keeping the show on the road – one aria was delivered into the wings so that the main interest was the crew at work backstage. The costumes, all ostrich plumes, huge wigs, gold helmets and glittering breastplates as worn by famous eighteenth-century castrati, were completely over the top, ditto the chorus of sea-creatures singing among the cut-out waves during the tempest that destroys Xerxes’s bridge into Europe. He also ramped up the confusion of identity by dressing the two sisters the same. It wasn’t clear what the chorus of baaing sheep – Herheim’s addition – added, other than camp up and destroy the pastoral style of the opening. The audience loved them.


At the centre of this was Stella Doufexis as Xerxes – or, if you spell it backwards in big neon letters and sing an aria (‘Più che penso’) about embracing Romilda in his heart, Sex Rex – for the most part powerfully sung and a monstrous recreation of petulance and preening vanity, including Xerxes wandering off into the audience while singing his most spectacular aria. There were many other instances of penetrating the fourth wall, including bringing up the house lights.

Herheim himself has described his staging as a baroque Muppet Show, and there was that sort of manic parade of visual gags and wild stage business – far too much of it to take in. The boundaries between stage, backstage and audience blurred, cabaret-style, so you were never sure which play-within-a-play you were part of. Not until the end, that is, when the flimsy baroque set was struck and the members of the chorus came back on in their everyday clothes, as if to wonder what the hell the past three hours had been all about. Perhaps life is a cabaret, old chum, with a strong element of ‘myself I will adore’? 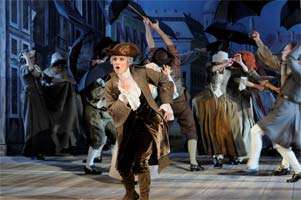 Herheim, working his regular production and design team, isn’t in the business of exploring character. His staging is all to do with digging into the absurdity of such extravagance, although Handel’s shafts of emotional truth couldn’t always be suppressed.

Along with Stella Doufexis, the other singers were impressive, coping skilfully with the occasional vagaries of the set and the mass of detail in the direction. Katarina Bradic was a fabulously overwrought Amastris, and Brigitte Geller a scene-stealing minx as Romilda. The excellent, Leporello-like servant Elviro, dressed as a flower-girl, slid into a fine falsetto, which pointed up the absence of a countertenor as one of the brothers. The small baroque band conducted by Konrad Junghänel played with a sameness of attack and glossing over of detail that didn‘t mesh with Herheim‘s prodigal ideas, and the tempo he set for the opera‘s first, and famous, big number – ‘Ombra mai fu’ (aka ‘Handel‘s Largo’) – was on the turgid side.

Xerxes has moments of great pathos, which almost got obliterated by this comic, populist juggernaut of a production, and Herheim’s blunt and blatant having-a-laugh at the expense of the overblown but still valid qualities of baroque opera was pretty relentless. Somehow, though, Handel came through it remarkably unscathed. 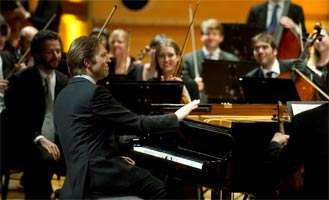 The next day, the Norwegian international pianist and local deity Leif Ove Andsnes was on home turf, playing with and conducting the Mahler Chamber Orchestra in Beethoven’s first and third piano concertos. Andsnes’s new project is the ‘Beethoven Journey’ – all five piano concertos and the Choral Fantasia. This Bergen concert came at the end of a tour and after a recording canned a couple of days before in Prague. The disc is out later this year; the other works will keep everyone occupied until 2014 with more extensive tours and further recordings.

While Andsnes is playing, it seems he can do nothing wrong – elegant, non-egotistic, uncluttered, discreetly virtuosic, focussed and intelligent. His performances in both concertos were multi-layered, and he slipped easily as a soloist between argument, dialogue and decorative display, and just as easily into directing the MCO with eloquent, economic precision. He is a remarkable musician, but not one for whom you can always put your hand on your heart and know that he is making the music his own. The aristocratic poise and pragmatic grace of his playing are peerless, but less finely-tuned pianists than Andsnes get more grit and contrast out of these concertos. It wasn’t as though the MCO wasn’t nudging him in that direction, with some memorably tensile, characterful playing – marvellous bassoon-playing distinguishing the no-less-excellent woodwind section and a tactful period feel to the strings. The MCO is quite an ensemble, and the strings showed off even more in a luminous, affectionate, performance of Stravinsky’s lovely ballet score, Apollon musagète, played without a conductor.

I was sorry to have missed Berlioz’s The Damnation of Faust, with Bryn Terfel getting all the best tunes, which closes the festival, and unlike the last time I was here, the recital room at Grieg’s fjord-side villa, Troldhaugen, was closed for renovation, so no young performers to take a punt on. I’m also sad to miss Christian Ihle Hadland’s recital of Schubert and Grieg – Hadland was the first Norwegian to take part in the BBC’s New Generation programme. He’s a really good pianist.

This is the last festival with Per Boye Hansen as director; he’s off to Oslo Opera. He is succeeded by Anders Beyer, who told me that next year’s theme is ‘Women, Water and Wonderland’. Sounds as though Alice might be at it again.