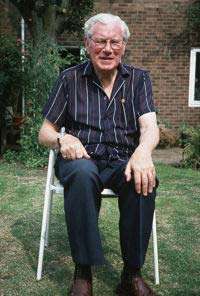 A rare recital by one of the world’s great string players, and a viola competition with a worthy winner. These were two highlights when the town of St Andrews took its mind off golf for four days (12-15 November 2009) to honour its most famous musical son, Watson Forbes. Born 100 years ago, he was known as a viola soloist and chamber music player, as well as a prolific recording artist and broadcaster; and one of his less publicised achievements was helping to save the BBC Scottish Symphony Orchestra from the axe when he was head of music, BBC Scotland, in 1964-74. He died in 1997.

Forbesfest, as it was named by its busy organiser Steve Spackman, was based in the Music Centre of the University and had at its heart the competition with 26 entrants from all over the world. An international jury was chaired with good humour by the Italian master Bruno Giuranna, and a test piece was written by Forbes’s composer son Sebastian – his other son Rupert, a former operatic tenor, was also much in evidence. As I missed Round One and heard only parts of Round Two, I shall comment solely on the all-male final, held in the Younger Hall. All three finalists reflected today’s musical scene, in which any talented young artist will study in several countries.

First to step out in front of the Rose Street Ensemble, a little band conducted by Robert Dick, was Jano Lisboa from Portugal, who plays in the Munich Chamber Orchestra. I liked his focused tone, although I felt he could have ‘played out’ more – he stood rather meekly, like an orchestral violist out of his element. As he was playing Hindemith’s concerto Der Schwanendreher, he was up against the fact that some of the audience would not know the piece, while others might not like it (I love it). I suspect many of the orchestra (largely wind and brass, with just four cellos and three basses) were performing it for the first time. In the circumstances he probably made too many slips to please the jury, although I enjoyed his phrasing in the slow movement. 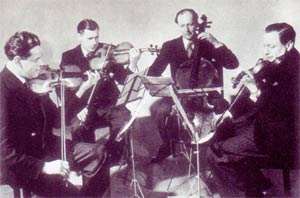 Walton’s Viola Concerto may be his best work, although it needs better balance than was possible with a chamber orchestra complement of strings. Mihai Cocea from Hungary has both talent and charisma, but he should not have been stamping and tapping his right foot as if to urge on the orchestra. Nor was I happy with his tempos, which were often too fast – he pushed the poor conductor into whipping things up at the climax to the opening movement, to such an extent that the piece lost all coherence – and in general I did not feel that this work was for him, despite his studies at the Royal Academy of Music.

After an interval, we heard Daniel Palmizio from Italy, who has also studied in London but is now with Giuranna. Playing Bartók’s Viola Concerto, he proved to be head and shoulders above his rivals in poise, tonal finesse, structural sense and general deportment; and he received the best accompaniment from the orchestra. Don’t miss a chance to hear him. Palmizio duly carried off the £3,000 first prize, as well as the audience prize, and a viola by Rex England (who made instruments for Watson Forbes). No second prize was awarded and £1,000 third prizes went to Lisboa and Cocea. Palmizio and Lisboa were among the ten competitors commended by Sebastian Forbes for playing his test piece, St Andrews Solo. Kristina Fialová from the Czech Republic won the Inspiration Medal in a mini-competition run parallel to the main event and voted on by local schoolchildren. Besides Giuranna, the jury included Catherine Marwood, Jerzy Kozmala, Wladimir Kossjanenko and Peter Lissauer (from the Royal Scottish Academy of Music and Drama in Glasgow, which helped to organise Forbesfest. It had been hoped that an interesting piece for 15 violas by Richard Ingham would be performed, but it proved too difficult to find time for more than one rehearsal.


We also heard an extraordinary recital by Michael Kugel, whose odyssey started in the old Soviet Union and took him to Israel and then to Belgium, where he teaches at Ghent. Surely the most virtuosic violist in the world today, he has only twice previously played in the UK. He was magnificently partnered by Timur Sergeyenia, a gentle bearded giant who drew sonorous tones from the Bösendorfer Imperial. The interpretation of Rebecca Clarke’s Sonata was rather exotic but brought out the kinship to Bloch that is often claimed – and was admitted by Clarke herself. Another new piece by Ingham, this time for viola solo and titled Nature Morte au Panier, was superbly played by Kugel, who had clearly absorbed all its difficulties including passages in double-stops. Then we had Kugel’s coruscating take on Paganini’s Carnival of Venice Variations, which expands the piece from 20 to 24 variations, incorporates a fiendish piano part and throws in every string difficulty one can think of – up-bow and down-bow staccato, harmonics, pizzicato in both hands, spiccato, staccato volante and so on. After the interval came a deeply felt Shostakovich Sonata and Kugel’s own Prayer, in which Sergeyenia’s tolling piano phrases wonderfully offset the soulful viola.

The Brodsky Quartet, who despite the presence of the sterling Scott Dickinson as second viola gave very pale performances of quintets by Purcell, Britten and Mozart. Fortunately I did not yield to my inner urge to skip the second half, as the Brodsky produced a fervent reading of Bartók No.1. I do find it very annoying, however, to have to watch quartets who stand up to play. The leader kept walking to and fro, while the violist had a whole repertoire of irritating moves. Were I in charge of the nation’s concert halls, each one would have a machine-gun mounted on the balcony balustrade and the gunner would have orders to obliterate any quartet appearing with fewer than four chairs.

To end on a positive note, both Sebastian and Rupert Forbes felt that their ‘Pop’ would have been tickled pink by the attention lavished on his centenary – which included an informative little exhibition mounted in one of the Music Centre rooms.