The conductor François-Xavier Roth has a busy 2011: a concert with the LSO on 5 May that includes a Tim Garland premiere, a new recording of the music of Matalon (issued 31 May), conducting an Offenbach operetta in June and July, and a BBC Prom on 9 August, and opening his first season (from 2011-12) as Chief Conductor of the SWR Sinfonieorchester Baden-Baden und Freiburg, with lots more in between and afterwards… 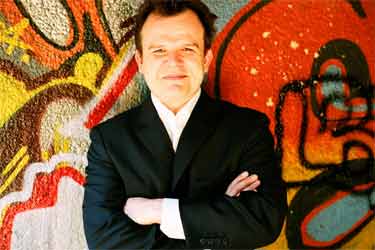 First, a word from François-Xavier on the music of Martin Matalon and the forthcoming recording of his music:

“I first discovered the music of Martin Matalon through his masterpiece, the score for Metropolis, which I have had the privilege to conduct several times. Two years ago I was looking for a modern work as counterpoint to the Brandenburg concertos that we were planning to perform with Les Siècles; I found that the Trames series was perfect for our cycle, showing how a modern composer deals with such an old form (concerto for a soloist and a small group). The 3 Trames on this recording are representative of three different periods in Matalon’s compositional style, from the very colourful Trame II to the hierarchical Trame VIII.

And now for François-Xavier‘s ideas and inspirations, in his own words in conversation with Andrew Stewart:

We live in an age that likes to place people in neat boxes. It is convenient, of course, to label musicians and send out clear messages about their work. But I have never wished to be defined as a specialist or limit my music-making to one period, style or repertoire. I believe France, my home country, still allows musicians the opportunity to defy stereotypes, challenge tradition and break with convention, even in places where you might expect the opposite to be true. As a kid, I grew up in the organ world. My father Daniel Roth was titulaire, the incumbent organist, at Sacré-Coeur and now holds the same position at Saint-Sulpice in Paris. His repertoire spans everything from Buxtehude and Bach to his own compositions and other new works. He opened my mind to the widest range of repertoire. My father’s example certainly helped form my general artistic view and feelings about making music, which happily remain broad and open today. 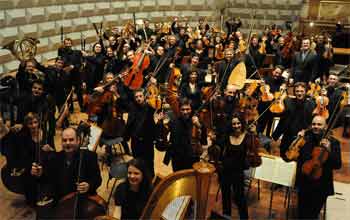 It’s true to say that artistic diversity is a central theme, an idée fixe, in my life as a musician. I have never been confined by the negative aspects of tradition. Every time we perform a piece of music from the past, I believe it should feel like a premiere. I am attracted to the idea of performing contemporary music from all periods of history, as it were, which is why I aim to understand the gestures of a composer at the time the piece was written and try to express those today. It was always my dream to create an orchestra with the versatility and spirit required to put such knowledge into practice, to play music from all periods in ways that were once common but are unfamiliar. I wanted to work with an ensemble blessed with the individual skills and experience necessary to use the right instruments for the right music and, of equal importance, to understand the world of each composer and the aesthetic of each piece it performed. Les Siècles, the chamber orchestra I founded in 2003, has turned my dream into reality. Its young players can perform a Haydn symphony or Stravinsky ballet score on period instruments and, in the same programme, explore a contemporary score on modern instruments. I believe this is exceptional in our time but is also a model for the future of orchestral music.

Looking back to the early years of my conducting career, I see how my artistic horizons were broadened by the experience of working with such great musicians as John Eliot Gardiner and Pierre Boulez. Every time Gardiner programmes a piece, his commitment to the work and the composer is enormous. He brings a utopian belief to his projects and shows that music exists not only to entertain but also to say something to society. His example taught me to look at the score with fresh eyes, no matter how many times you might perform a particular work. His imperative is to convey what the score says, rather than to present it as a matter of habit or as a colleague did it last week! And this is how I always try to do my job. 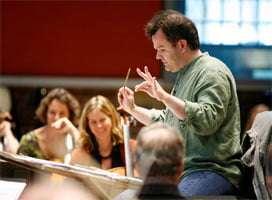 My aesthetic is open to contrasts and correspondences: for example, I programmed four of Bach’s Brandenburg Concertos together with Ligeti’s Chamber Concerto for performances with Les Siècles in January, and we will be playing Mozart in company with Streets by Bruno Mantovani in February. I may conduct a programme of music written within the last decade with Les Siècles or the Ensemble Intercontemporain, before giving a programme of Rameau and Lully the next week and then moving on to conduct large-scale works with the London Symphony Orchestra or the SWR Sinfonieorchester Baden-Baden und Freiburg (the Southwest German Radio Symphony Orchestra). This flexible approach stimulates me as a performer but has nothing to with any desire to overcome gymnastic hurdles or sporting challenges!

It is very important for me to ask deep questions of living composers and also of those who are no longer here to answer – I need this intense dialogue with the music and with its performing history. I simply want to understand how and why things were done in a particular way. When I perform Offenbach’s Les Brigands with Les Siècles at the Opéra Comique in June and July, we will seat the orchestra as the composer would have expected: that is, the musicians will face the stage and be completely in touch with the singers. This practice, universal in Paris theatres during Offenbach’s time, was broken a century ago when André Messager conducted Wagner’s Tristan und Isolde with the orchestra facing the audience. He only did this because of the score’s complexity, to help the players stay with his beat, but people at the time thought he was crazy! Since performing Ambroise Thomas’s Mignon at the Opéra Comique last year, I have experimented with the original layout in the pit and found that it totally transforms the balance between instruments and voices. You do not have to fight with the orchestra to play more quietly – they respond to what they hear coming direct from the stage and quickly adapt to suit the singers. I can’t wait for this production of Les Brigands, which is going to be a really joyful theatrical experience.

Some performers and promoters mistakenly think that an audience will only come to a concert to hear Mozart, not to hear a new work included in the same programme. But I believe that an artist’s choice of programme communicates with the audience before a note of it has been played, that it says a great deal about the performer and about the music. That’s why I chose to pay tribute to Liszt through Berlioz with the LSO at the beginning of this year: you hear Liszt’s Mazeppa from a fresh perspective when it is paired with the Symphonie fantastique. 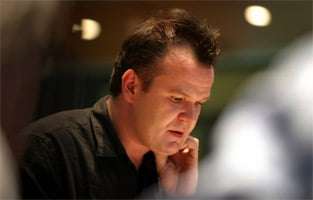 I want to shape programmes that invite audiences to hear things in unexpected ways. I like music old and new to shock, to provoke. It should not pass smoothly over the listener’s head without stimulating a reaction. Audiences respond to this provocation, whether they know a piece intimately or are hearing it for the first time. That is clear from the public reaction to the Presto programmes that Les Siècles and I have made for French television. These short primetime films, which began broadcasting on France 2 in 2007, regularly attract four million people to listen to pieces by Bach, Beethoven, Brahms, Holst, Mahler, Telemann and so on.

We dared to do something new with Presto. It came from our desire to bring classical music to people who know little of it and show that these pieces are not the property of an exclusive club. I belong to a generation of musicians who have no problem with the idea of presenting classical music to a massive audience. We want people to know that they don’t need to read a pile of books before they can enjoy a piece by Schoenberg, a Mahler symphony or Stravinsky’s music for the Ballets Russes.

I completely reject the idea that symphony orchestras are no longer interested in contemporary music. Les Siècles, the London Symphony Orchestra and the Southwest German Radio Symphony Orchestra, of which I am Principal Conductor Designate, are strong examples of the inverse. These ensembles are enormously committed to performing new work. Composers today can have a rich dialogue with orchestras of this kind. It’s our job as symphonic conductors and musicians to encourage composers to continue writing to this extraordinary organism called the symphony orchestra.

My relationship with the LSO, which began when I won the Donatella Flick Conducting Competition in 2000, is truly important to me. János Fürst, my teacher at the Paris Conservatoire, told me that competitions are only for horses! But sometimes, he added, they can help. This was the only competition I ever entered and it really did help. To meet this great orchestra and assist such great artists as Sir Colin Davis was an incredibly valuable gift for a young conductor. In the years since I won this competition, I have had the privilege to do everything with the LSO, from attending its rehearsals to conducting everything from world premieres to Saint-Saëns’s Symphony No.3 with my father playing the organ part. We will work together again in May in programme of music by Copland and Gershwin and Tim Garland’s new Concerto for soprano saxophone and percussion. These artists have a very special place in my heart. They give me incredibly honest and invaluable feedback, telling me what others would not dare to say as part of our wonderfully mature relationship.

I look forward to beginning my new job as Principal Conductor with the Southwest German Radio Symphony Orchestra in September. In terms of programming and developing projects with them, they have given me great freedom. I am sure that we will be able to build exceptional things together. This orchestra, which was founded in 1946 and soon after developed under Hans Rosbaud’s direction, has a special history of commissioning and performing new music. When I first worked with them in Freiburg, they told me with pride about the generous rehearsal time and care they give to new pieces. It says a lot not just about the time and money this orchestra is prepared to invest in its work but also about the deep roots of its Musizieren, the German way of making music. It is a privilege to be able to work with them. This orchestra’s dynamism and that of the SWR Rundfunk team is quite exceptional. We have a tremendous programme for 2011/12, exciting plans for the seasons to follow and a few shocks and surprises in store for our audiences.