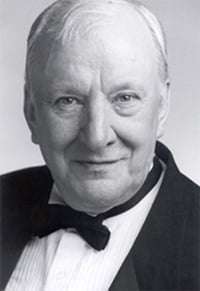 The fates have been cruel to music recently, not least as far as composers are concerned – in the last few weeks of 2012 we lost Hans Werner Henze, Elliott Carter and Jonathan Harvey, as well as Dave Brubeck and Ravi Shankar. Then on Christmas Eve, Richard Rodney Bennett died in hospital in New York after a short illness. For most of the past decade one of the first things I did when making fairly frequent visits to New York, would be to ring Richard, arrange for us to have lunch or dinner and catch up on the latest ‘musical gossip’ – of which Richard was an astonishing source. We saw each other on his regular visits to his “other home city” London and, writing this in early January 2013, it still hasn’t really sunk in that he isn’t here anymore.

Richard and I met a few times in the late 1990s, but it was only at the start of the new millennium that circumstances resulted in us becoming good friends and I felt able to get at least a little closer to someone who despite his reputation as a bon viveur was essentially a very private man. Fittingly it was the music of two of our mutual composer heroes that made our friendship develop. I had recently taken up a position at Oxford University Press and so became responsible for the music of William Walton. Richard was planning a piano-duet concert in New York and wanted to track down Constant Lambert’s version of Walton’s Portsmouth Point. After some digging around I managed to find the score, sent it to New York and then found myself in New York City and able to go to the concert. “It is completely impossible to play”, Richard told me, which coming from someone who had given some of the early performances of the most advanced piano repertoire of the twentieth-century I thought was quite something! Nevertheless, Richard and his colleague played the whole programme brilliantly and at the dinner afterwards I was introduced as “David, the man who runs OUP” – flattering, but not quite! I think the fact that I really did know Walton’s music earned me quite a few brownie points, and I got a good few more when Richard found out that I had worked for Schott and was still very close to Henri Dutilleux, whom he described as his only “living composer hero” – so there was never a shortage of conversation. 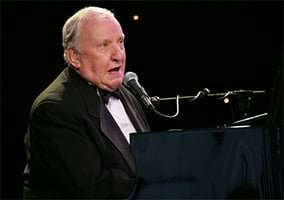 What has been talked about a great deal in the obituaries was Richard’s versatility as a musician – as a country we have a suspicion of people that are multi-talented. The un-credited writer of the obituary in The Times couldn’t resist the dig that Richard’s music failed to live up to its early promise. It was many of the critical fraternity that helped make sure Richard’s reputation wasn’t as high as it should have been, sniffily proclaiming that anyone who wrote film music and was at home in the jazz club as he was in the concert hall, could not be a ‘real’ composer. On the contrary, the fact that he could write so convincingly in every conceivable genre and be true to himself was just about the best lesson for any aspiring composer. Richard’s music – whether film score, children’s opera, Christmas carol, serial orchestral piece or cabaret song – is all elegantly crafted, beautifully heard and more to the point, every bar sounds like Richard Rodney Bennett!


The later music, despite on the surface having a different soundworld, is in its own way just as intricate and carefully put together. It is a cold heart that finds it impossible to respond to the Partita for Orchestra, the Third Symphony or the Reflections on a Scottish Folksong; hard not to be swept away by the sheer brilliance of scores for Murder on the Orient Express and Far from the Madding Crowd. But when will someone revive some of the earlier orchestral works? Such as Journal, Aubade, the Concerto for Orchestra, and the Piano Concerto – surely one of the most successful pieces of its kind since Bartók. Having been successfully produced in the USA and at the Wexford Festival in Ireland, when will London see The Mines of Sulphur? 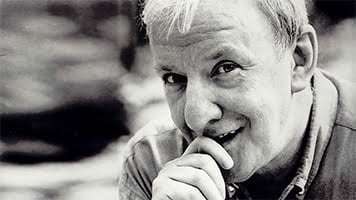 Timothy Reynish, a man who knows a thing or two about the world of wind-bands proclaims Morning Music to be a masterpiece; and having conducted a good deal of the choral music I can testify to its warmth and immaculate word-setting, as delightful to sing as it is to listen to. All the Kings Men is that rare thing, a proper children’s opera that is a good deal less toe-curling than better-known examples by a certain 2013 anniversary composer. The BBC Proms revived Jazz Calendar in 2011 – no simple ‘crossover’ embarrassment, but a real piece for jazz band. The facility and variety is staggering and the unfortunate truth is that audiences in the UK, or anywhere else for that matter, haven’t even had the chance to touch the surface.

All that without mentioning Richard the cabaret artist – his instantly recognisable gravelly baritone, that in terms of diction and delivery could be a good lesson to some that call themselves singers. His knowledge of the Great American Songbook was encyclopaedic, his own contributions to cabaret songs relaxed, natural, witty and – at the moment – rather too much to take, in the case of ‘Goodbye for Now’. I, like many of his friends would make regular pilgrimages to hear Richard hold court at Pizza on the Park and Ronnie Scott’s, most recently with his great friend Claire Martin. Pity those that thought they could get away with talking through the music. First of all, the Bennett stare and then a withering – “I’m sorry, I was distracted, someone over there was talking.” Ouch!

That one should be furnished with so much talent is unfair – but with Richard one just sat and wondered! How embarrassed Richard would have been by this rather gushing text – or maybe he wouldn’t have been: he knew his worth and knew he was good! The nearest I heard him come to pass judgement on any of his own music was a rather understated “Yes, I like that piece too”, although he did once admit that a late piece of his even made him cry! He was rather more forthcoming in what he thought about other music … but maybe this isn’t the place for that.

In later years Richard often preferred to do other things rather than write music – I lost count of the number of times we talked about this and my reaction always was, perhaps not very helpfully, if you don’t want to do it, don’t do it! But although playing the piano, seeing friends, knitting, making collages, making up wicked anagrams and playing demon Scrabble might have come more easily to him, he could never have totally given up. He turned more and more to choral miniatures, producing many new settings of well-known texts such as ‘In the bleak mid-winter’, ‘I saw three ships’ and ‘The Holly and the Ivy’ – in the last few weeks of his life we exchanged ideas regarding texts for a new piece he had promised me, but it wasn’t to be.

The outpouring of affection in the weeks following Richard’s death has been some consolation to his friends and admirers and we remember him in his own words – “I just hope that my music might have been useful, [that] people wanted it and it sounded beautiful.”

Thank you dear Richard and Goodbye for Now.