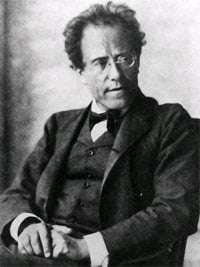 Musicologists love an argument. Perhaps it gives some purpose to their lives, but a great deal of energy is expounded in setting out, or defending, an aspect of music around which some contention has grown.

One such subject is the correct order of the middle movements in Mahler’s Sixth Symphony. The circumstances surrounding the divergence of opinion as to whether the order should be Andante–Scherzo or Scherzo–Andante are straightforward, as should be the solution to this matter, but it appears to be one that may continue – for no good reason, apart from argumentativeness (and even then, that’s not a good enough reason) – to rumble on until it fizzles out as ‘much ado about nothing’. 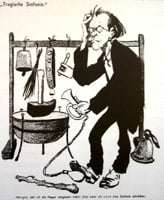 In 1903 and 1904, Mahler composed his Sixth Symphony in short score and played the entire work through to his wife Alma in the summer of 1904 on the piano. The following year he completed the full orchestral score, originally – supposedly – with the middle movement order Scherzo–Andante, but which he soon changed to Andante–Scherzo.

The publication of the Symphony was assigned to C. F. Kahnt of Leipzig who, keen to promote such an important addition to its catalogue (the only work of Mahler’s published by this house) issued folio and study scores, together with a reduction for piano/four hands by Alexander von Zemlinsky, plus a booklet, a “Thematic Analysis” of the Symphony by Richard Specht. Every one of these publications appeared before the first performance of the work, all having the middle movement order as Scherzo–Andante. Three weeks before the first performance, Mahler had the Symphony read through in Vienna under his direction, at which time he irrevocably decided that the correct middle-movement order should be Andante–Scherzo. Mahler conducted the world premiere in Essen on 27 May 1906, with the middle movement order of Andante–Scherzo, after having instructed Kahnt to insert an erratum slip in the unsold copies of the scores and in Specht’s booklet, detailing the correct middle movement order, and to republish the scores and booklet with the corrected middle-movement order, which Kahnt did in November 1906.

From that point on, therefore, there would seem to be no question regarding the order of the movements, the more so as the remaining five complete performances of the Symphony in Mahler’s lifetime were given with the order of Andante–Scherzo. Chronologically, these performances were: 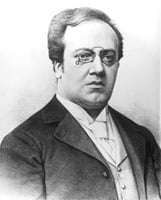 Mahler died in May 1911 in Vienna, six weeks before what would have been his 51st-birthday. The following November, Ferdinand Löwe conducted the Sixth Symphony in Vienna, with Alma in the audience, and in September 1916 Willem Mengelberg gave the Dutch premiere of the work in Amsterdam with the Concertgebouw Orchestra; both of these posthumous performances were given in accordance with the re-published score, the middle-movement order of Andante–Scherzo. 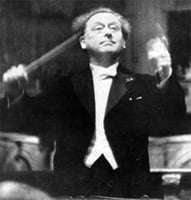 In October 1919, Mengelberg prepared the Sixth Symphony for another performance, prior to planning a Mahler Festival in Amsterdam in 1920, and asked his nephew, the musicologist Kurt Mengelberg, to provide a programme-note. Kurt obtained a copy of the score of the Sixth, but it was of the first edition, with the erratum slip missing. He therefore asked Willem as to the correct middle-movement order, at which point the conductor telegraphed Alma. Her four-word reply, “first Scherzo, then Andante”, without explanation, was taken by Willem as justification to change the composer’s explicit instructions to Scherzo-Andante, in which order the Symphony was performed, incorrectly, in 1919, over thirteen years (and nine performances) since the work was first heard.

Mengelberg never performed the Sixth Symphony again after 1920, and no other conductor ever performed the work with the incorrect middle-movement order during his lifetime (Mengelberg died in 1951). The first recording of the Symphony was made in 1952 in Vienna, conducted by the American-born (and long-time Austrian resident) F. Charles Adler; in 1955, the second recording was made,

of a concert performance in Rotterdam, conducted by Eduard Flipse. Both recordings follow the re-published score’s middle-movement order of Andante-Scherzo.

And there, one would have thought, the matter remained as Mahler evidently wished it to be, but in the mid-1950s the first editor of the Critical Edition of the International Gustav Mahler Society (IGMG) in Vienna, Erwin Ratz, became convinced (indeed, obsessed) of his theory that the middle movement order of the Symphony should be Scherzo-Andante. His belief, unsupported by any factual evidence, culminated in the 1963 Critical Edition of the score in which he stated (among other things) in his Preface, that Mahler had meant to revert to his original Scherzo-Andante order. Ratz offered no evidence to support this claim.

Indeed, it is now quite clear, from correspondence held by the IGMG, that Ratz – who was not a scholar, nor an historian, but an analyst – had suppressed and falsified evidence to support his own view that Mahler’s first Scherzo-Andante order should be the final correct one. From 1963 onwards almost all performances of the Sixth Symphony have been given in accordance with the Critical Edition, with its implied authority of being the definitive word on the subject, reinforced by a newer 1998 Critical Edition, which retained, unwittingly, what is now known to be Ratz’s unfounded claim regarding the order of the middle movements.

We now know, as we did not in 1998, and as the IGMG has recently confirmed, that Ratz’s assertion that Mahler changed his mind towards the end of his life regarding the middle-movement order was nothing more than a downright lie. Alma Mahler, as any Mahler scholar will confirm, was at the best of times an unreliable source. For example, she had, before her 1919 telegram to Mengelberg, attended performances of the Sixth Symphony after Mahler’s death, given with the published Andante-Scherzo order. When challenged as late as 1957 on this matter she replied that “The way Mahler played the Sixth in Amsterdam is definitely the right order”. Mahler never conducted the Sixth in Amsterdam.

After 1963, almost everyone was taken in. One of those who doubted Ratz was Jascha Horenstein, who stated that he distrusted Ratz’s work; letters to Ratz prior to the 1963 edition from Bruno Walter, Berthold Goldschmidt and others were either suppressed or ignored; Sir John Barbirolli refused to accept the change of the middle-movement order (his EMI LP recording of the work has been corrected in recent CD reissues).

Erwin Ratz’s successor, Reinhold Kubik, has stated publicly that: “The historical truth is that Mahler changed the order on the occasion of the premiere and never retracted the change. As the current Chief Editor of the Complete Critical Edition, I declare the official position of the institution I represent is that the correct order of the middle movements of Mahler’s Sixth Symphony is Andante-Scherzo.”

Mahler never conducted his Sixth Symphony with the middle-movement order Scherzo-Andante, nor did he instruct anyone else to do so. The argument should therefore be closed. But will it?