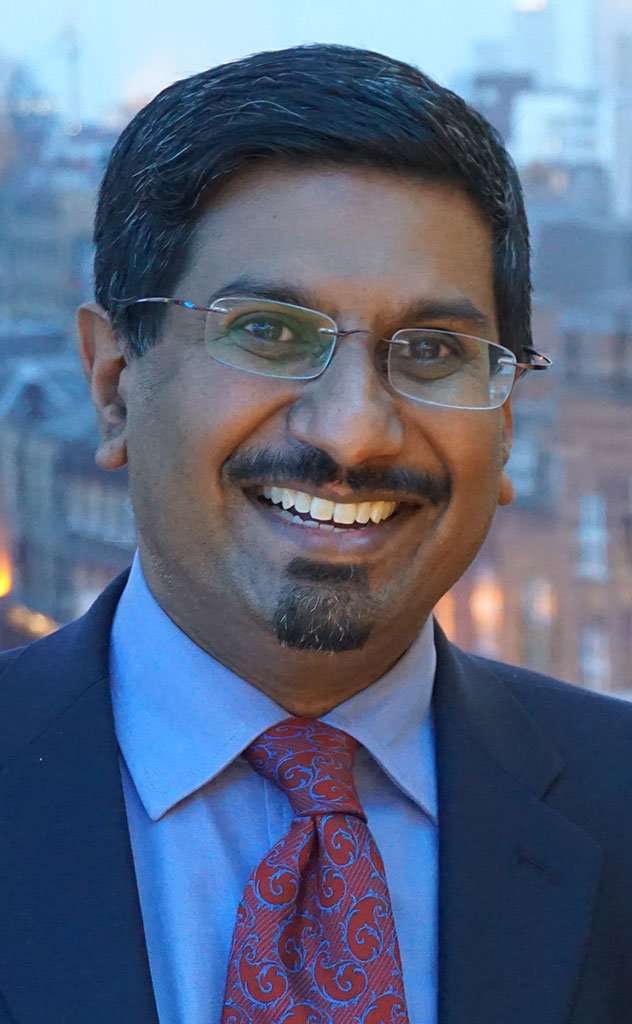 Becoming director of the London Handel Festival is something of a dream come true for Samir Savant, as it represents the happy conjunction of several strands in his professional and extra-curricular life to date, making him well-suited to take this enterprise forwards in the next stage of its existence. He took over from Catherine Hodgson at the end of last year’s Festival, and so the 2017 instalment will be his first in full command. He can draw upon his career in fund-raising and marketing in the arts, working at the Handel and Hendrix House in Mayfair, and his love of singing pursued to advanced standard as a choral scholar in the choir of St John’s College, Cambridge, where he was a contemporary of Iestyn Davies.

The London Handel Festival is set to continue its best traditions, then, whilst Samir looks ahead in building upon that, with his background steeped in the composer and bringing an entrepreneurial spirit that the latter himself would have recognised.

The London Handel Festival was founded in 1978 by Denys Darlow and has grown in stature as a significant institution in the composer’s adopted city to celebrate his life and work, presenting a variety of performances and events in the weeks around Easter.

At its core are three basic principles which the Festival continues to foster, namely to help nurture young talent and develop the expertise of the next generation of musicians in the performance of Baroque music; exploring a wide range of Handel’s work, and within the context of his contemporaries; and finally engaging with the community to bring the composer’s legacy to as wide an audience as possible.

That first aspiration has been accomplished not only by the establishment of its own house ensemble, the London Handel Orchestra and Singers, but by means of the prestigious Handel Singing Competition which has been run over the last fourteen years, and by inviting external groups who are pre-eminent in the sort of repertoire programmed, such as La Nuova Musica and Opera Settecento, and a wide host of singers each year. The Competition gives singers the chance of a solid training in Baroque music and can be a considerable stepping stone in the progress of their careers. Furthermore it is increasingly international, with the five finalists last year hailing from France, the Czech Republic, Russia, Israel, and England. Winners of the competition are guaranteed a lunchtime recital and a slot within a larger concert in the following year’s Festival. 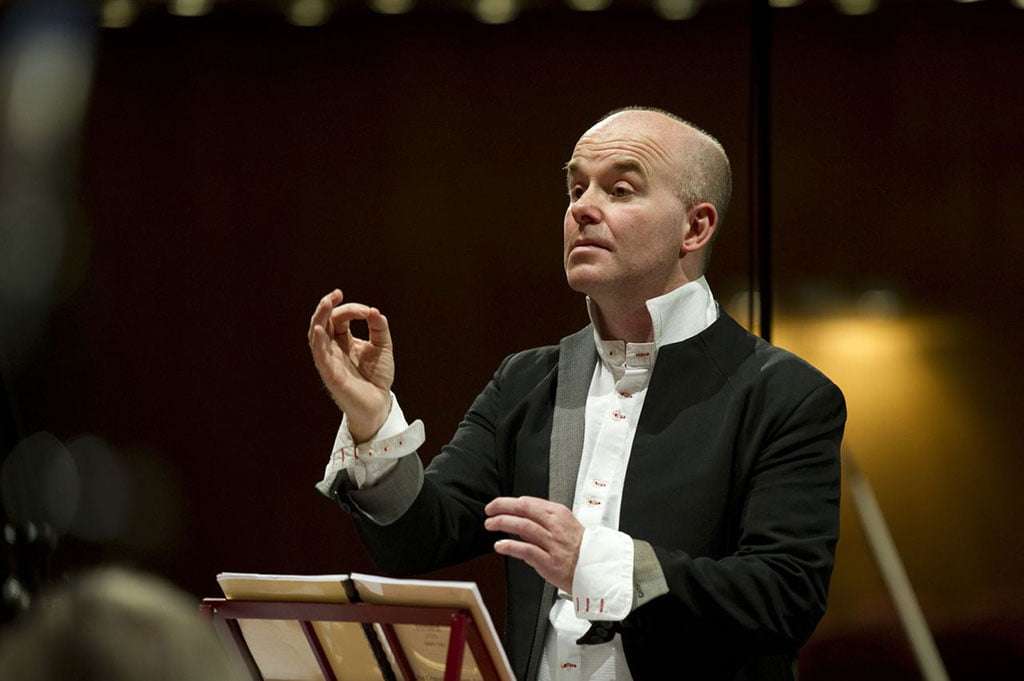 The Festival this year will feature a special gala concert to celebrate the 15th-anniversary of the setting up of the Competition, which will feature such past luminaries as Ruby Hughes and Iestyn Davies.

The second prong of the Festival’s mission is fulfilled each year through the considerable variety of concerts that are presented, ranging from a fully-staged opera held in the Britten Theatre of the Royal College of Music, and large-scale choral works, to programmes of selections from the smaller vocal, orchestral, or chamber canon.

This year will see three enticing rarities, and will surely demonstrate to those with less experience of the composer the consistently high level of inspiration to be met with across Handel’s huge output: Faramondo (one of his last operas) will be the staged production this year; there will be a performance of the infrequently heard oratorio Joseph and his Brethren; and Opera Settecento will complete its three-year cycle of some of the pasticcio stage-works, with a concert performance of Ormisda. The third and final part of a three-year series featuring the eleven Chandos Anthems will be given at the venue for which they were written, St Lawrence, Little Stanmore, Edgware, sung with one-to-a-part chorus as intended. 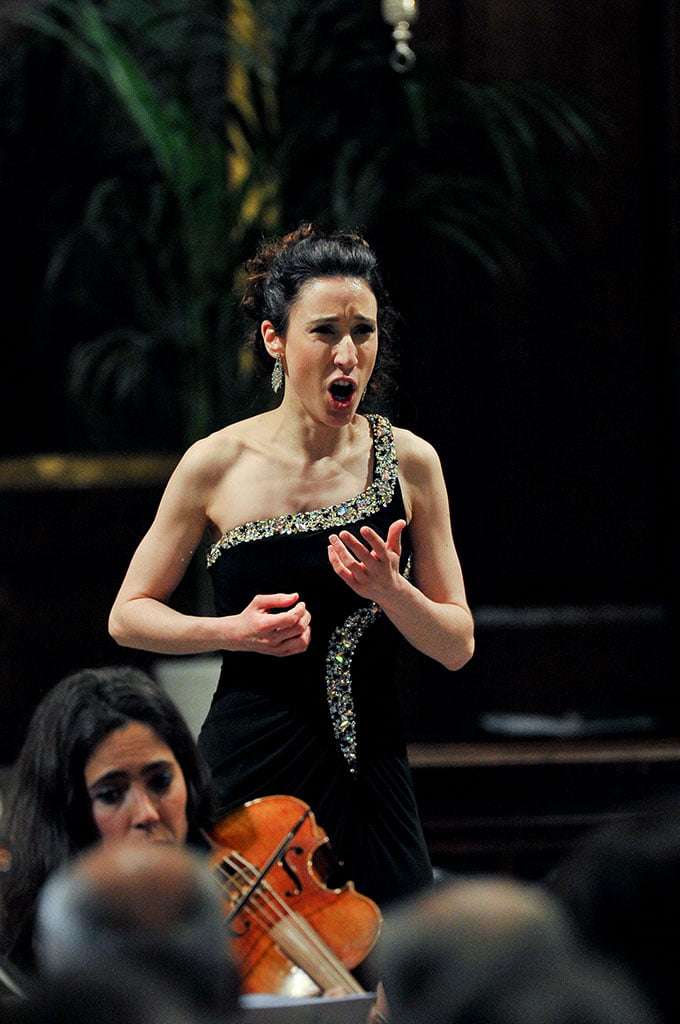 Community engagement is ever more the watchwords of arts organisations, but the Festival has long sought to promote Handel’s cause through varied means. The first event this year will be a ‘come and sing’ forum, in which people can take part in rehearsing and singing the four Coronation Anthems. There will be a screening of Norman Walker’s 1942 film The Great Mr Handel, starring Wilfrid Lawson and relating the circumstances in which Messiah came to be written. Themed walks in London will also bring to life the environment in which Handel lived and worked, and are led by Janie Liverseidge, a seasoned campaigner of such tours.

Such events go hand in hand with a commitment to education, which Samir is keen to promote more widely by working with other institutions. The Festival will work with a group of A-level students and organise a schools matinee performance of Faramondo. As in previous years there will be a themed display of exhibits at the Foundling Museum, in this case artefacts connected with that opera. In addition it is hoped that in future years there can be events drawing links with other arts. That the Festival does all this without any public subsidy, but by drawing upon box-office receipts, fundraising, and legacies, shows the great level of goodwill and commitment that already exists on the part of those dedicated to spreading the Festival’s work and broadening the appeal of Handel’s creativity.

Future plans will continue to advance these concrete aims, and for the first time there will be a wider strategy to sustain a plan over a three- to five-year period for more ambitious projects. These include establishing closer links with the two similar Handel festivals in Germany, at Halle and Göttingen. London’s music director Laurence Cummings is also that for Göttingen – devoted Handelians will already know the recordings directed by him from there. Those two German institutions are therefore well-placed to co-ordinate their passion and expertise for Handel, which it is hoped will issue in the relaying through live and screened performances of all the operas in 2020.

London’s Festival is in many ways best-positioned to act as guardian to the Handelian legacy as the city in which he spent by far the larger part of his life. But naturally that complements the work of the other two, on the basis that Halle was the town of Handel’s birth and upbringing, and Göttingen is largely responsible for the revival of interest in the operas when it started staging them fully again, in the 1920s, for the first time since Handel’s lifetime.

As the UK, at the present time, deals with the political fallout of the Brexit referendum and an apparent distancing from its European partners, it is important to be reminded that arguably the greatest composer to have worked at the centre of the British Establishment, forging a major sense of ‘Englishness’ in our musical culture, was one of the most cosmopolitan figures in any period of musical history, having been born in Germany, honing his compositional skills in Italy, and further travelled around Europe even after settling in England. Samir sees a personal connection of his own with Handel in sharing the status of a first-generation immigrant to the UK, and wants to explore the notion of Handel drawing upon a variety of cultural influences to offer something of idiosyncratic and lasting worth to the culture of the country that enthusiastically welcomed him.

In his native Germany he is Georg Friedrich Händel; in Italy he was hailed as ‘il caro Sassone’; in France he is Georg Friedrich Haendel; to the British he is George Frideric Handel who composed Zadok the Priest that has been performed at every Coronation since 1727. Placing Handel within a Europe-wide context will therefore be a focus in coming Festivals. But what transcends all these guises is the universality and diversity of his deeply human and expressive music, and ultimately that is what the Festival seeks to promote. Samir points out Handel’s own flaw in not always setting English very idiomatically, but that only adds to the music’s often amiable character, and he also likes to quote Cummings, observing that within the vast corpus of vocal music there is an aria for every situation. Samir regards, though, that Handel’s genius lies not simply in a plethora of individual pieces of intrinsic merit, but in their integration within a larger drama, so effectively and irresistibly, and so accessible and appealing. Handelians know this already and hopefully the London Handel Festival will draw others into its colourful and charmed world.