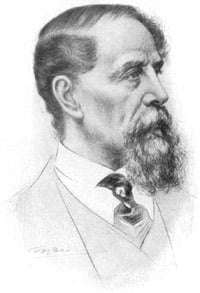 Talent shows have been with us since before anybody can remember. Way back when they were a feature of variety and vaudeville shows here and in the States. Many of our leading singers and comedians were discovered in radio and theatre talent shows such as those staged by the likes of Caroll Levis and Ralph Reader. Morecambe & Wise came through that way and eventually made it to television. Latterly it has been television that has found the stars of tomorrow. Even before Hughie Green’s ‘clapometer’ in “Opportunity Knocks”, Caroll Levis had his “Junior Showtime” programme on ITV which gave a chance to budding boys and girls with a talent to entertain. But it is shows like “Opportunity Knocks”, “Search for a Star” and “New Faces” that we remember, mainly because they gave a chance to Les Dawson, Victoria Wood, Pam Ayres, Bonnie Langford, Lena Zavaroni, Marti Caine and Joe Pasquale – to mention but a few.

Eventually “Opportunity Knocks” and the like went the way of all things, the feeling being that they were outmoded. Even the Green’s ‘clapometer’ came in for criticism: far from being an accurate way of measuring audience reaction (remember these were pre-digital days) it was basically a pointer attached to a piece of string. However, what goes around comes around and television these days seems to be nothing but ‘reality’, ‘talent’ and ‘chefs’. The likes of “Pop Idol”, “The X-Factor”, “The One and Only” (also with Graham Norton) and “Britain’s Got Talent’ are hugely popular and that’s before we get around to mentioning “Strictly Come Dancing” and “Dancing On Ice”. 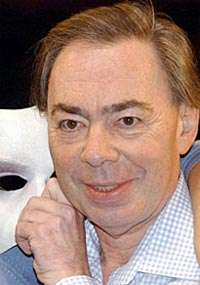 The most popular, however, are the television shows where potential new stars of West End productions are put through their paces. So far the BBC has joined forces with Andrew Lloyd Webber for “How do you Solve a Problem like Maria?” and “Any Dream Will Do”, his search for the stars of the current productions of “The Sound of Music” and “Joseph and the Amazing Technicolor Dreamcoat”. In the event they made names of, respectively, Connie Fisher and Lee Mead.

The cynically minded might call these programmes merely an expensive exercise in hyperbole and a sure-fire way of acquiring advance publicity at the expense of the BBC licence payer. Others, less bothered about the logistics of the scheme, might just see it as a supremely involving form of entertainment for a Saturday night television audience. Either way, Fisher and Mead are both now set for life in an industry where most members of the profession are out of work most of the time. No doubt Equity, the theatrical profession’s Union, would not give the idea the thumbs-up, while most professional actors and singers resent the fact that the TV-audition shows allow the chosen few an unfair advantage over the rank and file of the profession who have slogged away for years in Rep and other provincial theatres without being discovered for the ‘Big Time’.

The usual way of auditioning for a theatre show remains the same in most cases even today. Advertisements are placed in “The Stage” newspaper or more usually nowadays on dedicated websites, announcing auditions and where to apply. You don’t actually need an Equity card now to work in the theatre, so auditions are open to all, provided applicants have the necessary talent and/or experience. 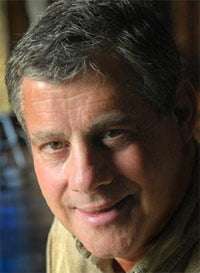 Well, the same applies to “I’d Do Anything”, the latest BBC Television venture in their search for a star, or in this case, a search for four stars. The show is Lionel Bart’s “Oliver!” (based on Charles Dickens’s novel “Oliver Twist”) and the search is on to find three boys to alternate as the new Oliver plus a woman to play the new Nancy. Once again Andrew Lloyd Webber is presiding and Graham Norton will be hosting the proceedings. Also on board is Britain’s most successful theatre impresario, Cameron Mackintosh, because it is his production of “Oliver!” that will be cast with these new hopefuls.

The auditions start on 24 January in Belfast, Manchester on 26 & 27 January, London on 1-3 February and Glasgow on 6 February. The TV programme will be broadcast next year, followed by the new staging of the show.

If you are interested in the auditions, there is a fact-sheet on the BBC’s website (link below) where all the necessary information may be found. The playing age for Oliver is from 9 to 12 years old, with the only requirement being that you are 9 or over on 1 January this year (2008) and no older than 14 on 31 December 2008. You do not need to have gone to stage school or had drama or singing lessons. If selected you will need to come to London from Wednesday to Sunday every week from March to May. Accommodation will be provided where necessary and schooling arrangements will also be made. 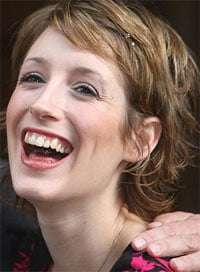 For the part of Nancy the playing age is 17 to 35, and you have to be over 17 by 1 January 2008. The auditions are on the same dates and at the same places as those for Oliver. Entry is open for all amateurs and professional performers. Should A-level examinations or other educational commitments clash with the audition period, special arrangements can be made to accommodate everyone wherever possible. The Nancy auditions are initially the same as for Oliver, the only difference being at Stage Three, the call-backs, on 16-18 February, when a panel will interview you. There will be Workshops and Final Audition performances on 21-26 February and throughout mid-March, April and May for the television show.

A panel of judges will preside over the weekly TV auditions. Judging by past performances, the BBC will have another ratings hit on its hands and Mackintosh should clean up at the box office. The great British public couldn’t wait to see their favourites on telly appearing in theatre-land in “The Sound of Music” and “Joseph and the Amazing Technicolor Dreamcoat” so that, in a way, these shows are possibly creating a new audience for live theatre. Whichever way you look at it, such talent-shows are not doing any harm if people switch off the TV and go out to a show. Equity wins after all because, even if the cost of theatre tickets is now exorbitant, viewers will go anywhere to see someone they know from ‘off the telly’. A shame that this audition idea could not be used to promote a new show rather than the umpteenth revival of an old one … just a thought.