The music of Witold Lutosławski is one of the principal themes of BBC Proms 2013, the centenary of the composer’s birth having fallen on January 25. Prom 32, on 7 August, with the BBC Symphony Orchestra and Edward Gardner, will feature an intriguing juxtaposition of his music with that of Gustav Holst, whose Egdon Heath and The Planets will rub shoulders with the Polish composer’s Symphonic Variations and Piano Concerto. 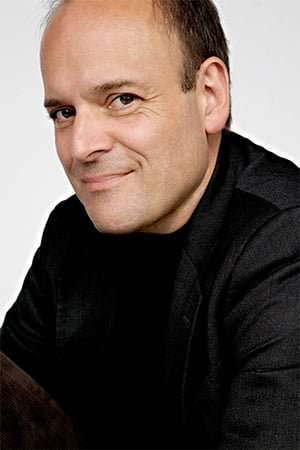 The soloist in the Piano Concerto will be Louis Lortie, who recorded the work for Chandos in 2011. He will be making his eleventh appearance at the festival. I asked him how much he could remember of his first appearance, with the same orchestra in 1986, where he played Mozart’s Piano Concerto No.25 (K503). He laughs. “I will always remember that, because Andrew Davis scared me to death! He was very insistent that he wanted me to play that concerto, and I had never played it before! I had a fever too, which I had picked up flying across the Atlantic. I was young and naïve, so I said “yes” to performing, but I paid a price for it and felt awful afterward. I had a tendency to be very scared of Mozart, but I have cured myself by playing all of the concertos live!”.

Opportunities for performing Lutosławski, however, have been far less forthcoming. “This will be my first public performance of the concerto, which shows how cautious the world is of contemporary works. You would think people would want to investigate them! I also realise that I am one of the few non-Eastern European people to play the piece. It’s marvellous that this is now possible. The Proms has the tradition, which I think goes right back to the days of when William Glock was controller, of mixing works that are not performed so often with those that are. There might be a lot who come to our Prom for The Planets’, but they get the chance to hear this piece as well.”

First-time listeners may be surprised at the extent of the lyrical content in Lutosławski’s Piano Concerto. “He certainly comes from the Polish tradition running through Szymanowski, and a very great piano tradition in that country. He was a good enough pianist to know the instrument well, and the concerto follows in the tradition of composer-pianists – Prokofiev, Bartók and Rachmaninov to name just a few. You can feel that knowledge. It is very well written for the instrument, and it is both inventive and conservative at once. I think it is more than enough to keep people interested, and to make a connection with the past.”

Lortie’s own introduction to Lutosławski was by way of an orchestral work. “I am very fond of the Third Symphony; that caught my attention when I saw it in concert and heard it on recordings. With the Piano Concerto it has been different, because it’s very difficult for modern composers to write for instruments that are as heavily exploited as the piano is. It took Lutosławski about 30 years to do it because he felt so daunted!”

It is part of a symptom that Lortie senses, part of a shift in the dynamic of composition. “The tradition of composer-pianists is a bit lost, and it doesn’t make sense as much for those who don’t play to write for the piano now. I think also it has become not as important to be able to play the piano when you are a composer: when studying you had to take the keyboard as a primary instrument, not as a secondary one. Even conductors could play the piano as well; I remember the stories about George Szell insisting he would play!”.

The technical demands made by Lutosławski are considerable. “It is horrible to play! I think a key for a successful performance of this piece is memory. If I were not to memorise the piece I would be concentrating on various asymmetrical terms and patterns, whereas I would rather concentrate on shapes and texture. One of the things to consider as well is that it is thick orchestral writing a lot of the time, so you need a conductor who understands what is going on. There are a lot of subtleties and cross-rhythms. I would say 90 percent of a successful performance is rhythm, and the orchestral part has the familiar Lutosławski habit of repeating some stages ad libitum. The piano writing is very precise and has to be very clear, but that’s why I chose this piece, because Ed Gardner is impeccable and has a great sense for texture and not making the music academic. That is important in the Passacaglia, the last movement, with the double basses. It was fascinating to watch that. When you see the whole ensemble playing that line, instead of just the left-hand on the piano, it is quite something!”.

The Piano Concerto alludes to music of the past in a way Lutosławski’s other works for soloist and orchestra perhaps do not. “Yes and no, because it is clearly assimilated and he is not quoting anybody directly. It is very Slavic, the instrumentation is typical of what you find in music from the East, and the thickness of the piano-writing is a factor too.”

Lortie used Krystian Zimerman’s recording in preparation for his own. “Of course, I listened to it, and I was performing with the same orchestra that made that recording. I wanted to see how it worked, because the recording techniques even then were very different to how they are now. Also, you find that composers can be very different as conductors. Not everybody is Pierre Boulez! The amount of interpretation is limited but it mostly comes through colouring, textural approach and recording quality. With that in mind I am very lucky to work with a company in Chandos that has prestige in that area, with very high quality engineers.”

Louis admits to a little frustration in not getting the chance to perform the work in public until now. “When you do all that work for a recording you also want to bring it to people in concert, and I thought it would be shame not to perform it afterwards. For a recording it’s even better to perform before I think”. The recording was made on a Fazioli piano, a brand with which Lortie has been associated for some time. “I am fond of the piano and the servicing that I get, and I am going to get a brand new instrument for this performance. It depends how the orchestra behaves as to how much I have to project! But with this piano there is plenty of power.”

Looking ahead, Chandos has a disc of Liszt operatic transcriptions ready for release – a programme that Lortie has been performing with some regularity. “I have just been looking at the edits for it in fact. It is my most virtuosic recording up until now! I’ve done some Liszt before, but never anything this flashy. While I was listening to it I was thinking that I have never played so loudly! I’ve been performing a lot of the Wagner/Liszt arrangements, so it was great to commit to documenting it finally. It is I believe the only disc where you will find arrangements of the overtures to both Tannhäuser and Don Giovanni’ I wanted to do it because I feel I am coming to an age where the pyrotechnics might not be possible for very much longer, so I wanted to do it while my fingers are still responding!”.

Future plans include another disc of Chopin, a composer with whom Lortie enjoys a great affinity. “Yes, there is another instalment of Chopin, with the Third Piano Sonata. It’s a programme I just played at the Wigmore Hall, and I recorded it immediately afterwards.” And after that, even? “I’m already preparing for 2015, and I have recently been going through some of the music of Scriabin. I recently discovered that year is the centenary of his death. When I looked at the music I wanted to devise a programme, so I’m working on that now, as I like to do that well in advance. I’ve been looking at the Preludes especially, the early ones and the last set, Opus 74, the ones that operate without a key signature. Scriabin was criticised, often quite rightly, for moulding his style into sonata form without succeeding. I was really taken by the Preludes though. I’m also learning the late Preludes, Opus 103, of Fauré, which are just pure jewels. We haven’t finalised recording plans but those are pieces that I would love to record.”