Michael Zev Gordon is talking about his new composition, Bohortha, with which the BBC Symphony Orchestra opens its 2012-13 season at the Barbican Centre. The first question is: how to pronounce it? 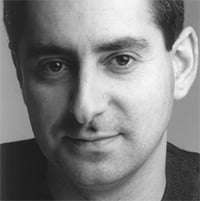 He laughs. “You would need to talk to someone in Cornwall to get the exact pronunciation, but to me it is ‘Bo-hortha’. There’s a tiny, tiny hamlet in a bit of Cornwall called the Roseland peninsula. The overall title is Bohortha, but the subtitle is ‘Seven Pieces for Orchestra’, the last of which is also called ‘Bohortha’. It is an image for me. You go along the road when you are there, and it literally ends just where you are, very close to the coast. It made a powerful image on me of timelessness, the infinite impression of something that is serene and tranquil. The piece is not only a depiction of that; it looks at different kinds of time and the way it passes.” Michael explains further. “There is a sense of time pushing on, time pulling back, different kinds of time juxtaposed with each other, and then a portrayal of infinite time, time appearing to stop. It’s a subjective thing, and it is important to say that this is not an objective study of time. There is a strong expressive agenda in the piece, and I see these sections that push on as other passions and desires, things that disturb and are turbulent, but this is perhaps a journey too.” 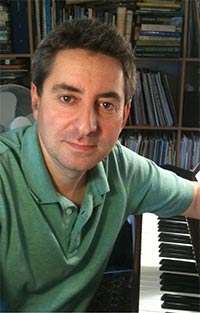 Michael goes on to talk some more about the hamlet itself. “When you visit Bohortha there appears to be nothing there, but it has a musical history. The Radford sisters lived there, and they founded the Radford Musical Trust that supports music and music-making in Cornwall.” Did he plan the piece before visiting Bohortha? “I already had a sense of the trajectory of the piece. It’s something that I have done in other pieces, the sense of turbulence giving way to serenity, but when I got there it immediately struck me as the right image.”

The composer will be closely involved in preparations for the Barbican Hall performance. “I want to attend rehearsals and talk to the players. I want to be involved in the process as much as possible. It strikes me as ironic that you spend an enormous amount of time on your own, composing, and then close to the performance you are with a vast number of other people!”

He draws back his perspective to consider the music following Bohortha in the concert. “It might be worth saying that there is Mahler’s Rückert-Lieder. In my music there are fragmentary quotations of other music, and Mahler has an extraordinary way of getting peace in his symphonies and song-cycles, and looking at the interplay between our worldly loves and passions.”

He goes on to talk about the individual sections of Bohortha. “Each movement is a depiction of and a pulling towards elements of passion, desire and loss – our human emotions, essentially. The first one is a picture of innocence, a lost innocence to do with our youth. You hear quite a lot of energy in but then it is stopped. There are tiny quotations from the Berlioz Symphonie fantastique – the third movement, the ‘Scène aux champs’, where innocence gets corrupted, and that’s why I used it. The second movement is tiny fragments with many quotations. I like to think of it as a portrayal of how our minds and memories work. The third is about Venice. I’ve written quite a few pieces that evoke Venice, as it is an extraordinarily beautiful place with a past and present that are going on together.

“The fourth is a brief move towards real stillness. There are repeating cycles in the piece that try to evoke it, but this is short and gets cut off in about a minute, a flash of something still. The fifth is a fanciful image, the scherzo of the set. I wanted to make something very light for a very large orchestra, and this is taken from something Ligeti said about his Piano Concerto, where he spoke about the orchestra taking flight. The sixth is very short, an abstract emotional outburst. The Jewish inflections come from my personal background, but they are quite discreet and inspired by The Duino Elegies by Rainer Maria Rilke, an extraordinary set of poems to which I return again and again. The angel is an image of a kind of terrifying perfection. Then, even in the last movement, I tried to think of different kinds of time, that there are pockets where everything stops, the pulsation stops and there is a sense of things opening out to infinity.”

Michael agrees that his own life searches for the brief moments of serenity on which Bohortha thrives. “Day to day I have teaching posts in Birmingham University, and I have a family with three young children, so there’s never enough time for anything! These moments strike me as precious and terribly important, as images that you need to capture. It’s terribly important to stop and stare.”