Sir Peter Maxwell Davies has returned to the opera stage with Kommilitonen!, written to a libretto by David Pountney, its premiere being at the Royal Academy of Music on Friday 18 March 2011… 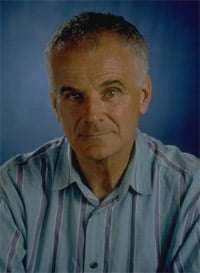 Thursday, 10 March 2011. It’s an early start at the Royal Academy of Music for Sir Peter Maxwell Davies, who at the age of 76 is showing no sign of slowing down his musical life. As Classical Source’s Ben Hogwood and its editor Colin Anderson meet ‘Max’ in the Patron’s Room, where a portrait of the Queen looks across at her senior composer, he looks bright-eyed and inspired. Rehearsals are in an advanced stage for the world premiere of his opera Kommilitonen! (Young Blood!), a stage work in two acts of around 45 minutes each. Written for young musicians, it depicts three stories of students involved in political actions, and comes off the back of a self-imposed exile from dramatic works.

“You do get fed up of going to see operas.” Max is specifically thinking of his opera, The Lighthouse. “When you set it in a lighthouse and the production is in a public lavatory … directors seem able to take liberties which are quite outrageous, and I really did get very fed up with it. With Kommilitonen!, knowing David Pountney, who wrote the text, is directing, I knew full well the production would not be against the nature of the work. Also it’s for young people, and they’re the future of music, and what better than young people in a place like this [Royal Academy of Music] and in the Juilliard in New York? So I thought, ‘Yes, I’ll have a go at this’. At my kind of age I think you’re very happy to leave these big projects like operas to young people, but, no, come on, have a go at this! It presents rather special problems because you’re dealing with inexperienced singers and orchestral players, but they’re very, very good. I don’t think when you’re writing for people at that stage of their careers that you have to compromise or write down for them, you write up for them, just as when you write a piece for children. You do take into consideration their ability though. I had no idea who was going to sing the parts – the auditions came later and I have no idea who is going to be singing it in New York. For the singers who have been chosen I have had to change a few notes that they don’t do terribly well, but that’s alright – that’s a part of your professional life”. 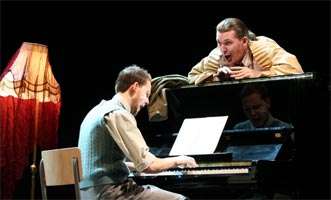 For the three interwoven stories in the opera, Max had to invent an American style for the late 1950s, a German style for the 1940s, and, perhaps most strikingly, a Chinese style. Did this involve much research or listening on his part? “For the Chinese music I had to do some research. I got an erhu, a Chinese violin, to characterise the sound of China. It does immediately suggest China, it’s just extraordinary. It’s a very instant way of doing it, but David Pountney also provided me with a great load of compact discs of the music of the period of the Cultural Revolution – these marching songs and propaganda pieces. They sound very much like the same things from Nazi Germany and communist Russia, but with Chinese accents and the text rooted in Chinese. They are so extraordinary there is no need to parody them, you just imitate them. So I had to do research on that, and as far as the German music goes I am very familiar with the German tradition, obviously, and in particular the German expressionist tradition – Schoenberg and so on. You have to bear in mind that in the Nazi period that was all forbidden. This is taking place in the Nazi period, but I have used music that is based on those themes for the Nazi scenes. The American scenes – well we all know American music, and I have done a little cap-doffing to my dear old friend Aaron Copland, who showed me round New York when I first went there in 1962. So I did a reference to him, and Lenny Bernstein, another dear friend. These two are so American it’s just not true!” 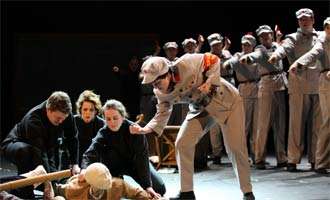 David Pountney it was who inspired Kommilitonen!. “David came up with the idea. It was always designed for performance by young people, but any opera house could do it. It’s written for a Mozart-sized orchestra, which it’s had to be as the pit here is very small. At the Juilliard School they’ve got a bigger opera house, you could do Salome in there!” Will he be tempted to expand the orchestra? “They’ll have more strings, I know that”, is his only concession. The subject matter – that of student uprising – is rather apt in today’s climate. He laughs. “The timing is extraordinary, but that’s entirely by chance. I remember the 1960s but you didn’t expect that to blow up so soon. It would eventually with the government that we have, or the one that we had before this – it’s cuts, cuts, cuts, and let’s look after the bankers ahead of the people who elected us. Effectively I’m disenfranchised, because there is no party I can vote for now; they work for market forces, bankers and big-city people. One knew that something would happen eventually but it’s started immediately, not just here but in Egypt and Libya, and it can only get wilder.”

Had he started the opera a year later, perhaps funds would not have been as forthcoming? “I didn’t even think of it”, Max says candidly, “and I think that the powers that be, unlike Stalin and Hitler, have no regard for music and the arts whatever. We are free to do what we like, but they will take no notice. They have no respect, and they will cut it. Alright, they will probably keep Covent Garden going and a few window dressings, but they’ve got no interest or time for anything cultural”. In the light of this, is it more important to comment and produce stuff? “Yes”, he responds immediately. “I must say that being Master of the Queen’s Music I’m in a good position to be able to do that. The Queen herself doesn’t have power to change what the government does, but she’s very supportive.” Does this give him access to the right people, as it were? “They don’t respond”, he smiles, “but there is a foot in the door. I don’t think they would take any notice.” 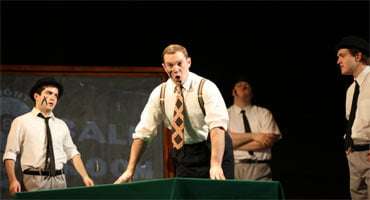 He goes on to dismiss erroneous reports of him having musical input to the forthcoming wedding of Prince William and Kate Middleton. “No, not at all. That was reported in the press without consulting me; people assumed it. I hadn’t been asked, and I haven’t been asked, and there we are!” Nor has he been asked to write any music for the 2012 Olympiad, which anyway he sees to be taking money away from the arts. He is, however, dedicating a big piece to the Monarch in 2012. “The Ninth Symphony is finished, it’s a big piece, for the Queen’s Diamond Jubilee. It is just a pure symphony, for her, for her Jubilee”, he says modestly. “It’s being performed in Liverpool first, which I’m very pleased about”. He refutes the extra significance a ninth symphony has brought to past composers. “I’ve already got a tenth in mind. That’s still a way in the future.”

As he approaches 80, Sir Peter appears to have made a conscious decision not to look back at past achievements. “I don’t really think about it much, I just get on with the job! I’m quite sure I’ve written music that nobody is going to take much notice of, but as a composer I think you are going to be fortunate to be remembered by a couple of tunes. You don’t work for posterity, you work because you have to, and I still find the process of working out music absolutely fascinating.” He reveals where this sense of inner confidence comes from. “The technique is all there. You don’t have the problem when you’re in your twenties or thirties of working to have a language which you’re completely fluent in. I think this is something peculiar to the mid-twentieth-century; you had to think about that very carefully. I think at this stage that is something I can take completely for granted and get on with the music knowing that it’s fluent, and I can do what I want. It’s a very nice position to be in.”

Max is Professor of Composition at the Royal Academy of Music and continues to be open to ideas. “The young composers are very good; I’ve learnt a hell of a lot from them, teaching them. They are responsive to symphonic structure, and I’ve had very good discussions with them on that.” Nor does it prove too problematic adjusting between his home on Orkney and time in London. “I’ve got used to it! I flew down here the other day, into Gatwick, and got a train into town and a taxi, and it’s all noisy and you expect it. This road doesn’t help”, he says, gesturing outside where cars are hurtling past on the Marylebone Road. “It’s a pity this place faces that road, but they couldn’t know then. I’m just very happy to be here and at the Academy, and people are incredibly supportive and appreciative. Having this kind of dual life, especially bearing in mind music does usually happen in big cities, it’s very healthy.”


He declares himself “very pleased” with the current state of rehearsals for Kommilitonen!. Does his music ever sound different to what he expects initially? “These days, no – it used to though. That was part of growing up musically, but these days it sounds just like I thought it would. The orchestra I thought would find it tough, and they do, but they are working very, very hard.” Time is up. With a full rehearsal schedule and several pre-opera events to plan, Max remains busy, but the strong impression is that this is just how he likes it.