The composer Elfyn Jones talks about Jacko’s Hour, his new opera that updates the classic film, High Noon, and in which the musical score finds Bartók meeting Debussy with appearances from Leonard Bernstein, George Gershwin and Kurt Weill… 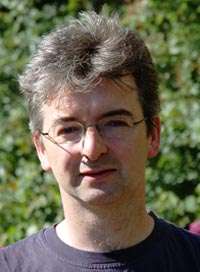 To quote from its website, Opera Engine is “a partnership between writer/director Tim Satterthwaite and composer/MD Elfyn Jones, built on a successful track record of collaboration in opera and music theatre over the past ten years.”

As the collaborators prepare to stage their first full-length stage work Jacko’s Hour, due for performance in September in Brighton’s Pavilion Theatre and London’s Bridewell Theatre, it is a good time to talk to Elfyn Jones on how the pair have forged their partnership, how the music itself is arranged, and how Opera Engine looks to advance performers on the verge of their professional careers.

First off it seems logical to ask the personable Elfyn about his musical background, which he begins without hesitation. “I grew up in a musical family in North Wales. My dad is and has been something of a frustrated opera singer, so I have always had an interest in singing. When I left school I went to Cambridge and did a degree in Natural Science, and then I worked for a while in business publishing, before I decided that I wanted to go back into music.”

He pauses before picking up the story. “I did a BMus at University of Wales College Cardiff, then an MMus in Composition at Guildhall School of Music and Drama; and I was taught by Simon Bainbridge and Robert Saxton. At the time it was still possible to have the opportunity of spending a year of work-experience with the London Sinfonietta, so I was fortunate enough to be able to do that, and in time I was able to help them with some project workshops.”

This led him to further community-based work. “One of the London Sinfonietta projects I helped with was in Maidstone Prison. And I have been involved in musical education and in community music. I began running the Hoxton Singers, a core project of ENO’s Baylis Programme. I ran the group from 1997 until 2006, by which time it had been taken over by Hackney Music Development Trust. Tim and I were commissioned to write the musical by ENO Baylis so although we wanted to do it the initial impetus came from them. This was how I teamed up with Tim – we wanted to write a musical about the lives of people in the group. They were creatively very inspired by the work we did together, and they wanted to write about their experiences, particularly in the Second World War. Their average age was about 80, so when we went into schools with the idea it became a cross-generational project. 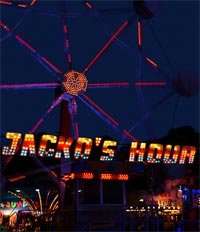 “That’s what got Tim and me together. We went on to have a few commissions for ENO Baylis, with some song-cycles and musicals in the following years. We then wrote a short opera for Tête-à-Tête when they were starting out, which we called The Nightjar, and completed in 1999. This was part of a project called ‘Shorts’. They’ve since done that exercise with other composers and for us that led to an Opera North commission for a half-hour piece. They originally wanted us to expand The Nightjar, but we wanted to do something different – so we came up with The Dead Of Night, which has since gone on to become the second act of Jacko’s Hour. Since then this project of putting on Jacko’s Hour has developed through interest we had from Guildhall School in 2005. They staged about one-and-a-half hours of Jacko’s Hour in 2005 as part of their postgraduate opera course, and since then we’ve been working on it for some time and looking for the opportunity to put it on. We now have Opera Engine as our own company, and it’s all beginning to come together.”

Although Opera Engine is a vehicle for Jones and Satterthwaite’s compositional and directing talents, it continues the theme of community the pair developed in Hackney, as Jones explains. “Opera Engine is also a showcase for performers on the threshold of professional careers, which is an important aspect for us, as we want to use them in our productions. They are all very dynamic and are talented, able singers. I feel the performance of Jacko’s Hour will be a quite exceptional standard because of that, and we have also been able to include some very good players in the staging.” 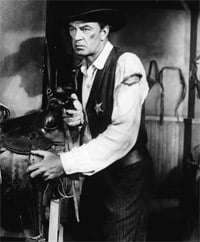 The finished drama is loosely termed as a ‘chamber opera’, but brings together elements of classic stage production with more modern approaches in the course of its three acts, being a ‘retelling’ of the film-Western High Noon (which stars Gary Cooper). It is described by Jones as “an ensemble work”, though when asked to appropriate the musical styles used, he ponders for a while over his response.

“I always have a problem when I’m asked what styles things are”, he admits. High Noon itself has got one very distinct song, ‘Do Not Forsake Me Oh My Darling’. That’s one song that we quote in the opera, but then that kind of melodic line is threaded through it and used in bits of the accompaniment throughout. It comes out through what’s in the text, and is used in response to what is needed. The main character in High Noon has the job of Sheriff of the town. In Jacko’s Hour he is a figure of death, the Grim Reaper if you like, rather like the Commendatore’s Statue in Don Giovanni. I thought about how I should portray him, and I ended up using a Pennsylvanian miner’s song, which is a very bluesy piece about how either way you lose – so there is an element of sadness and loss, and all that kind of stuff. When you look at Amy, Jacko’s daughter, it composes out from the starting point, everything composed out from the beginning.”

Continuing our consideration of the music itself, Elfyn begins to reveal a few sources. “One of the themes has as its starting point the melody from the Debussy Prelude The Girl with the Flaxen Hair, a pentatonic tune that stuck in my head as a very benign, consonant sound. When you first see Amy that is what she sings. Underlying that, the Bartók piece An Evening In the Village is also used, when I was thinking of how to portray the fairground when it has all closed up. At the time I was teaching around the Bartók piece, and there’s a flavour of each of these two tunes coming together. My inspiration for the beginning of the show, and for Amy’s character, was Debussy’s Fille and the Bartók, bringing them together and then composing out from that developing her character and moods as the piece progresses.”

As a composer, Jones’s approach to tonality remains open. “The style tends to be quite wide-ranging, and begins from a view of being tonal, generally quite consonant, but flowing and free with the meters. It doesn’t necessarily stay in 4/4 much, which means that it can move around, perhaps in the style of Duruflé, who is a composer I also admire. While it tends to be rooted in tonal harmony it can depart from there and often moves a long way in any different direction. It tends to be quite eclectic, as I don’t want the audience to be listening to the same piece of music over and over again, but on the other hand it’s not too obscure, so it doesn’t move straight from a chorale to hip hop! There’s a whole envelope of stylistic influences, but I don’t want to leave the audience behind”.

Elfyn Jones will also be musical director for performances of Jacko’s Hour, but has a position of greater prominence this time around. “I will be conducting, and it’s a bit of a challenge to be honest! I have done a fair bit previously, but often if I’m musically directing I’m also playing piano and bringing people in with a nod and a wink. This time it will be nice to stand at the front so that I can connect with the cast, the singers and the band.”

The scoring for Jacko’s Hour is lean – flute, clarinet/bass clarinet, tenor sax, piccolo, alto flute and trumpet/flugelhorn, which Jones says “works nicely in the mellower moments”. There is also a violin, double bass, piano and percussion, the latter “mostly based around a drum kit but with a tam-tam and tubular bell”. Jones goes on to explain his instrumentation. “I’m not one to ask the percussionist to play fifty instruments at once; I want to keep it within reach. In this piece a bit of kit seems appropriate. I don’t use it as it might be used in something like Oklahoma!, but there’s a theatre-based aspect to the sound. For me, and for Tim as well, it’s somewhere between opera and musical theatre, a bit of the territory between the two that we’re exploring.” 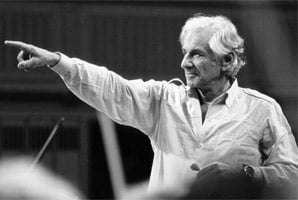 This is in keeping with the composers whom Jones appreciates – “Leonard Bernstein, who I admire very much, Gershwin and Weill, who I think added a European sensibility, so the percussion part is sometimes like a kit, other times like a timpani. It doesn’t groove necessarily but it does have rhythm. The size is to keep it manageable in a relatively small performing space”. It also picks-up from performances with the Aries Ensemble, which Jones used to run. “One of the first pieces we did was Stravinsky’s The Soldier’s Tale. It uses the treble and bass instruments from each family and percussion, and there is something of that approach here. I remember putting in a piano and a mezzo-soprano for a piece that Johnny is a Soldier. So we did that with some Gershwin songs, some Weill and some quite theatrical stuff. I think the reason we’re doing that now is for some of that soundworld; it seems right for this piece – a string orchestra wouldn’t be right somehow. We had a workshop in April at Trinity College of Music.”

Jones has pertinent designs for Jacko’s Hour, and the impact he would like it to make. “I really want people to understand the story, get the narrative, and understand the words. There is a lot that’s new about this – a new company and a new opera – which is not often the case, when you’re hearing something for the first time. We have performed some excerpts at Dartington, which we called From High Noon to Jacko’s Hour, to give people an idea of what was coming, but this will be the whole thing, with sets and lights. As well as communicating the work and the plot, we also want people to come who are looking for new talent, who work with opera companies, to see these people. It’s about creating opportunities for young people, which I think is tremendously important – a platform for new voices and pieces in music theatre.”