“It’s the seven-year itch!” Indeed, it was in 2005 that Paul Daniel and I last met, in a churchyard – when he was preparing Poulenc’s Dialogues des Carmélites for English National Opera and getting ready for that year’s Last Night of the Proms. Now we’re talking about Judith Weir’s new opera, Miss Fortune.

But, first, back to Coventry and the Cathedral where Paul was a chorister – did he even then want to be a conductor? “Well, I did, early on. I had wonderful exposure to concerts in Coventry. The Hallé, the CBSO, the Philharmonia came and I got Giulini’s autograph. The Berlin Philharmonic and Barenboim came; I think Jackie du Pré played the Elgar in that concert. It was a wealth of culture. There was a phase when I played the piano far more. I took that very seriously at Cambridge – I didn’t conduct but I was playing, playing, playing! Beethoven piano concertos, chamber music, but in the back of my mind was proving myself as a conductor. I started – properly – in my last year at Cambridge. You find out on the job; you can study scores, but the most important thing is how you manage those three hours with very talented people, most of whom have a different view of the music to you. It’s a very big apprenticeship.” 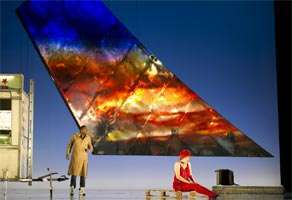 Helping Paul develop as a conductor were Sir Adrian Boult (1889-1983) and – with a huge association to The Royal Opera – Sir Edward Downes (1924-2009). “Ted was fantastically helpful in a very pragmatic way – and totally unforgiving of bullshit. I remember we were having a masterclass. This guy stood up: very impressive, very good to look at, had the right hair, and he did all the right things. He conducted his way through an overture and finished it with great élan. There was silence. Then Ted said: ‘Laddie, the first thing you need to know about conducting is that it’s not public masturbation. Sit down!’ Ted had enormous wealth of experience. He’d be up early in the morning revising his Russian verbs. He spoke fluent Russian. He was an extraordinary man and had an extraordinary career. Boult was rather specific. It was Simon Rattle who said I should go and see him. I was preparing Elgar’s First Symphony and talking to Simon, who was very helpful to me. He said ‘…you’ve got to see Boult. I’ll give you his assistant’s phone number. Boult was fantastic; he’d prepared for my arrival, got his old scores out as well as letters from Elgar about changes of orchestration in that symphony, which are now included in the re-printing. I saw Boult a few times, about specific pieces.”

Currently Paul Daniel is Principal Conductor and Artistic Advisor of the West Australian Symphony Orchestra in Perth, a tenure recently extended. “I’m very lucky. It’s a really fine orchestra and it has a great hall. The city as a whole needs the culture that it has; people are devoted to the orchestra, the opera, the ballet and the theatre. It’s very thriving and is devotedly run. We have a thriving new-commission policy, too, which the audience really embraces.” 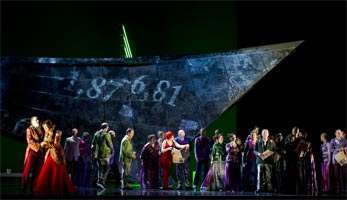 And, from January next year, Paul has also been appointed Chief Conductor and Artistic Advisor of Real Filharmonia de Galicia in Santiago de Compostela. “I’ve had a nice relationship with this orchestra for many years, and the Spanish audience is passionate. So I can bring pieces by James MacMillan and Mark-Anthony Turnage, and put Messiaen with Schumann. In London you’d have an empty hall; in Galicia they’re cheering for more because they’re very inquisitive and very excited by it. It’s the same in Australia.”

Only last year Judith Weir’s Miss Fortune was given it premiere – at the Bregenz Festival, a co-commission with The Royal Opera. Paul Daniel conducted. “It’s always nice to revive a work. It’s now on a roll and it was extremely fertile ground when we first did it. It’s good to bring it home with an English chorus and with this wonderful orchestra; they’ve turned some very special corners. It’s always a pleasure to do new pieces and have a composer who can tell you what they mean. Judith has been here for every rehearsal. Mozart never turns up! 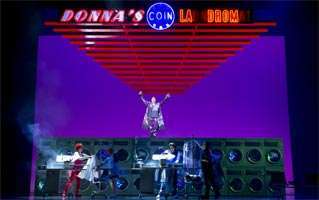 “To get under the skin of the piece with the person who created it is fantastic. Judith is very hands-on, a theatre person. David Pountney, director at Bregenz, was a big influence, and very helpful in guiding the thing. Here we have the woman as the main character, her career, her life. Judith spent a long time looking for the story and she’s written the libretto. She wanted a story that is everyday, honest, and with real people, but with something magical and transcendent.

“The story is from Sicilian folktales collected by Calvino. It’s a three-page story that is now updated and Judith’s introduced themes that are important to her: the haves and the have-nots and injustice within society. She couldn’t write a note until these things were in place. The chorus is very important – whether playing the rich coterie of Lord and Lady Fortune, then people on the street, then workers who become rebellious and then people who were once rich and are now poor after the Stock Market crash. It’s amazingly prophetic: all those corruptions and imbalances in society have come home to roost.”

I ask after the size of orchestra. “It’s a reasonably large Beethoven orchestra with trombones but unusually with two flutes but only one oboe, three clarinets and a bassoon and a contrabassoon and not a huge amount of percussion, but very colourful percussion, and an important part for piano, so I’m well away from Beethoven already! Judith bruises the colours sometimes to get the darker sound – after all, it’s a dark story. There are mysteries involved and a supernatural aspect: real people in real trouble, and there’s a big dance element too.”

I enquire after Paul’s method of learning a new score. “You learn from a multitude of angles – from the composer’s ideas, from how the story inflects the music: and the most important thing is you learn the bloody score, which is a lot of notes! Here there are a multitude of colours, crossing each other, not really blending, but bouncing around with a wonderful sense of phrasing; there’s a whole lot of different lives going on, just like in the characters’ minds. The orchestra is the foundation to the drama but it never takes over. It’s very rich.

In a sentence or two, Paul, help bring the audience in: “It’s an incredibly accessible story that talks to all of us. We can all be entertained by earthy, sensuous and tuneful music. It’s rare to have a piece which has such strength of purpose that has such a beauty of purpose as well.”