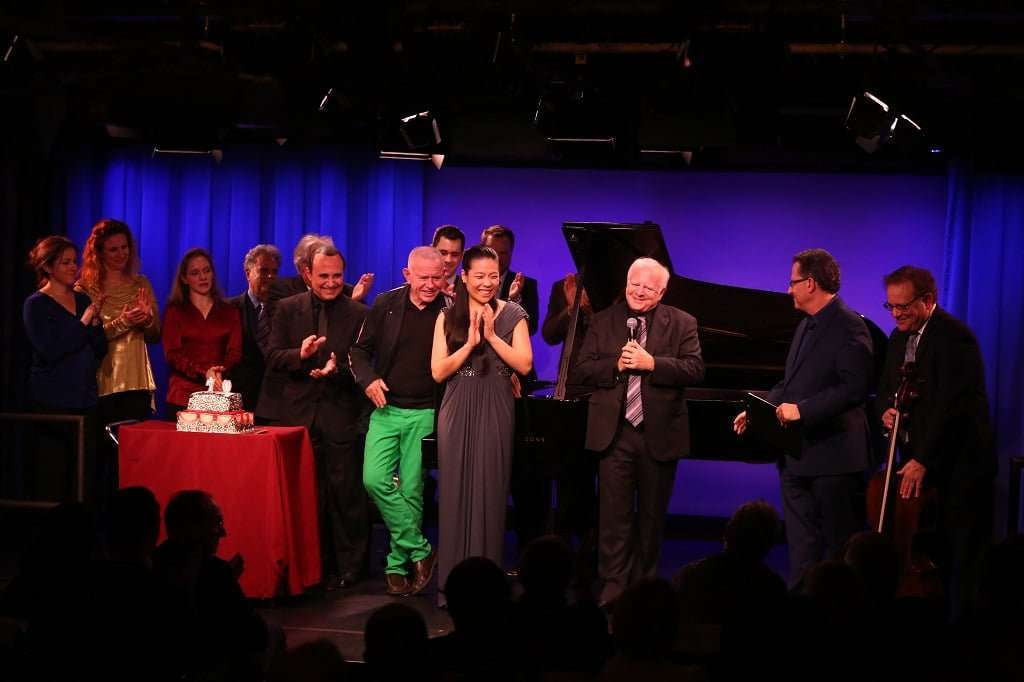 Leonard Slatkin’s friends and family – both musical and personal – turned out at SubCulture for an evening of music and fun in honor of his Seventieth Birthday (which was on September First) and the release of a Naxos digital-only recording, aptly titled Slatkin at 70. The party, hosted by Elliott Forrest of New York’s classical music radio station WQXR, was organized by the Detroit Symphony Orchestra, of which Slatkin is music director, timed to coincide with his visit to New York to conduct the Philharmonic in three concerts featuring music by Copland and Ravel and the local premiere of Christopher Rouse’s Flute Concerto. Many DSO musicians, staff, executives and board members journeyed from Detroit for the occasion.

The artists who performed in tribute to Slatkin included composer David Del Tredici, pianists Joyce Yang and Michel Camilo, and saxophonists Branford Marsalis and Erik Rönmark – the latter also being general manager and artistic administrator of the DSO. Also participating was the Great Waters Quartet, comprised of four DSO string players. Slatkin himself took to the keyboard to play duets with Jeffrey Siegel and Joseph Kalichstein, and with his brother, cellist Fred Zlotkin.

The music-making began with a dazzling performance by Joyce Yang of Alberto Ginastera’s Danzas Argentinas, its three movements depicting an old herdsman, a beautiful maiden and an arrogant cowboy. Del Tredici, a friend of Slatkin for nearly forty years, was next with a performance of his Virtuoso Alice, a piano piece that is fascinating in setting its sweet principal melody against interesting counterpoint and harmonies that alternate between extremely dense textures and passages of crystalline clarity. Next was Liszt’s Die Lorelei, with Yang at the piano, affectively echoed by Marsalis’s soprano sax. Marsalis and Rönmark then transcribed the violin parts in the opening movement of J. S. Bach’s Concerto in D minor for Two Violins with the Great Waters Quartet – Adrienne Rönmark (Erik’s wife), Rachel Harding Klaus, Shanda Lowry-Sachs and Peter McCaffrey. The brilliant sound of the saxes was spectacular in this rousing rendition. 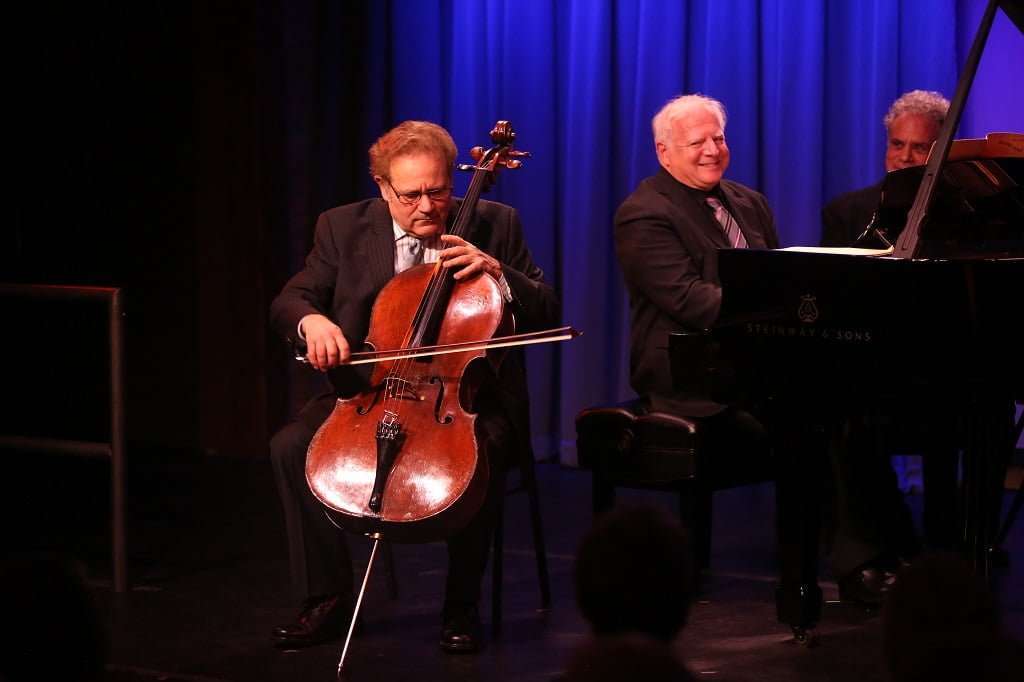 Taking a break from the music, DSO President and CEO Anne Parsons paid tribute to Slatkin and acknowledged the planners and sponsors of the event and the many supporters of the Orchestra who were present. Birthday greetings were offered on video by Renée Fleming, Joshua Bell, Yo-Yo Ma, Emanuel Ax, Hilary Hahn, Olga Kern, Sharon Isbin, Krzysztof Penderecki, William Bolcom, John Williams, Mason Bates and Randy Newman, as well as from members of both the DSO and the St Louis Symphony, where Slatkin was music director from 1979 to 1996.

The Great Waters Quartet returned for the first and third sections of Jennifer Higdon’s marvelous Impressions, inspired by the Impressionist movements in both music and art and consciously paralleling the String Quartets by Debussy and Ravel, this being most obvious in ‘To the Point’ – the title refers to the pointillist technique of Georges Seurat – in which the extensive use of pizzicato mirrors the earlier works. This was a wonderful performance to whet my appetite for more music by this composer and renditions from this outstanding ensemble.

Before joining his duet partners in three selections by Ravel, Slatkin took the occasion to make an important announcement – the appointment of the New York Philharmonic’s Wei-Yu to be the DSO’s new principal cello. Slatkin then partnered with old friends in two selections from Ravel’s Mother Goose Suite for piano/four hands. Jeffrey Siegel joined him in the ‘Pavane for Sleeping Beauty’, and Joseph Kalichstein in ‘The Fairy Garden’. Slatkin and his brother Fred, a cellist in the New York City Ballet Orchestra, gave a touching reading of Ravel’s Pièce en forme de Habanera in an arrangement by Paul Bazelaire. Finally, composer-pianist Michel Camilo gave a stunning performance of his From Within, an explosive Latin Jazz composition that rocked the room.

To cap the evening off, we serenaded Leonard with an in-tune rendition of “Happy Birthday”, and after being thanked by the honoree, continued to celebrate with bubbly and birthday cake.