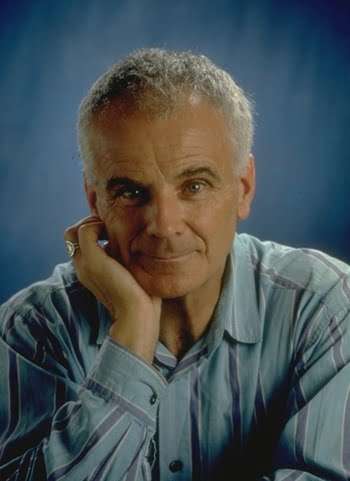 This is not a review but rather a report of the two hours (without interval) that began at 11.30. The venue was full and Max was remembered with admiration and affection. For my part, having interviewed him three times, I always found Max convivial and eager to converse about a range of subjects.

There will be many attendees that I will not have spotted, or recognised, but among those composers present were Harrison Birtwistle, Gary Carpenter, Brian Elias and Anthony Payne. From their number Robert Saxton was the ideal Master of Ceremonies in his introduction and links and he also contributed the section entitled “Max, the exemplar” in which he spoke about his late associate’s “extraordinary energy, generosity of spirit, wicked sense of humour, and appearing not to need any sleep.”

All the music included here was by Max, the first heard being Lullabye [sic] for Lucy (1981), a touching setting of words by George Mackay Brown, performed by the Centre for Young Musicians Chamber Choir conducted by Lynda Richardson.

Alexander Goehr (with Max a fellow of the so-called “Manchester School” alongside Birtwistle, Elgar Howarth and John Ogdon) was unable to be present, so his words were read by Sally Groves, one of Max’s publishers (Schott); Goehr remembered Max as “affectionate” and praised his “rich achievements” as a composer. Following which Sebastian Black played three (I, IV, V) of Max’s Five Pieces for Piano (Opus 2, 1956), originally championed by Ogdon; rigorous miniatures exploring expressive possibilities, from rebarbative to reflective.

The Italian language (he spoke it) and culture were important to Max. The next speaker was the architect Giuseppe Rebecchini, a friend of Max’s since 1957 when the composer was in Rome studying with Goffredo Petrassi. Next up, Neil Martin, one of Max’s students when he was teaching at Cirencester Grammar School; Mr Martin recalled Max as “popular, friendly and demanding.” A more-recent pupil is Rubens Askenar, who benefitted from Max’s tuition at the Royal Academy of Music; he offered a warm “thank you”.

The next music was The Seven Brightnesses, five in number in fact, written in 1975 for clarinettist Alan Hacker. These vignettes explore extremes of dynamics, timbre and tempo and were fearlessly rendered by Charlie Dale-Harris. Following Saxton’s eulogy, the Choir and Richardson returned, now with organist Joseph Beech, to give the London Premiere of The Golden Solstice (2016), completed by Christopher Austin, setting English and Latin words; this solemn and strangely beautiful setting has a tender sense of finality.

The actor and musician Andrew Branch made two appearances, first reading from George Mackay Brown’s autobiography, For the Islands I Sing, recalling when the author first met Max (the composer set many of GMB’s texts) and, later, a couple of unpublished poems found in Max’s papers. Sally Beamish and Judith Weir remembered their creative colleague, the former by heart and very much from it, the latter praising his accomplishment as Master of the Queen’s Music (she has succeeded him) and recalling his loathing (rightly so) of muzak and also his principled defence of music education.

Then more music, the world premiere of String Quartet Movement (2016), the only part Max completed of a bigger work. The all-female Behn Quartet gave a considered account, the music’s finely graded intricacy reminding of Ravel. Antonio Pappano then climbed up from the audience to talk about Max’s Tenth Symphony (Alla ricerca di Borromini), of which he conducted the world premiere (with the LSO) and the first in Italy (Santa Cecilia, Rome). Pappano recalled his first meeting with Max (“his greatest ambition was to be Italian!”), in hospital and in fact “under quarantine”, yet the composer was determined to finish the 45-minute opus for baritone, chorus and orchestra.

To end the morning that had become an afternoon, Pappano went to the piano to play the slow, folksong-like and very poignant Farewell to Stromness … Farewell Max.