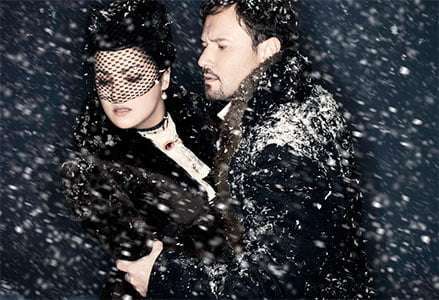 It’s an all-Russian affair, adapted from Alexander Pushkin’s verse novel in 1881 by Tchaikovsky. Who better to compose one of the most sweepingly romantic scores in the repertoire?

Young Tatyana dreams of the romantic lives she reads about in books, When the poet Lensky arrives he brings with him a new visitor, Eugene Onegin. It is love at first sight for Tatyana, who writes a passionate letter. Onegin replies that he can only offer her friendship.

Irritated and bored at a party to celebrate Tatyana’s name day, Onegin amuses himself by flirting with Olga, Tatyana’s sister and Lensky’s fiancée. Lensky challenges Onegin to a duel. He loses and is shot dead.

Years later, at a ball, Onegin recognises Prince Gremin’s beautiful young wife as Tatyana. He realises too late that he is indeed in love with her; but Tatyana, though torn, decides to remain loyal to her husband. 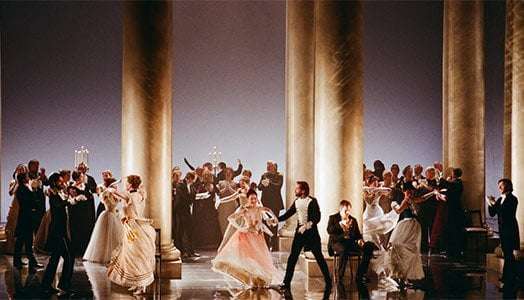 Listen out for… almost everything in this sumptuously orchestrated masterpiece! There are no great love duets but Tatyana’s Letter Song is one of the greatest romantic scenas in all opera: melodically ravishing and unmistakably Russian. Lensky’s farewell aria in Act Two is a heartbreaker too. The orchestra’s Waltz (Act Two) and Polonaise (Act Three) are boisterous and much-loved.

Anna Netrebko is ideal casting as Tatyana – a great Russian singer in a great Russian role. Mariusz Kwiecien and Piotr Beczala, two handsome singers with wonderful voices, are Onegin and Lensky respectively, and Valery Gergiev conducts. When Deborah Warner’s production was first seen at English National Opera two years ago, Peter Reed praised it in these pages as “very evocative … a thoroughly observed picture with always something to look at.” (In Warner’s absence through ill-health, this Met transfer is being overseen by her close colleague, the actor and director Fiona Shaw.)

Eugene Onegin runs in repertoire in New York City from 23 September until 12 December, with a substantial cast change after 19 October.


How to see Eugene Onegin if not in New York City?

The worldwide live HD broadcast into cinemas is on Saturday 5 October.