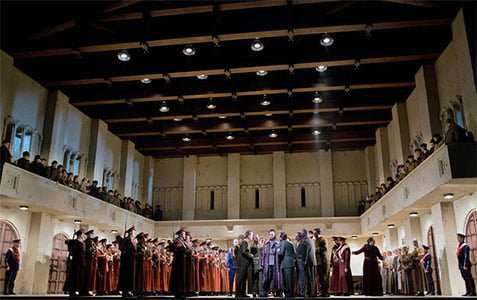 Prince Igor is the only opera by the St Petersburg-born Alexander Borodin (1833-1887), whose meagre output as a composer is explained by his being a chemist by profession who only dabbled in music as a hobby. Yet, for all that, he arguably has more memorable tunes to his name than any other Russian except Tchaikovsky. During the 1950s, many of his most melodious were culled and crafted by Robert Wright and George Forrest for use in the musical Kismet. The Broadway team plundered the Second Symphony, the Second String Quartet, In The Steppes of Central Asia – and Prince Igor. Borodin, improbably, was awarded a Tony award for Kismet in 1954 – 67 years after his death.

Borodin wrote his own libretto, adapting it from 12th-century sources including The Tale of Igor’s Campaign. It’s a richly-populated story in the Russian tradition in which scenes of warfare between Prince Igor’s army and the Polovtsian Khan Konchak alternate with episodes of self-lacerating introspection in an opera that is punctuated by visions, superstitions, premonitions and nightmares. Igor’s family drives the plot. His wife Yaroslavna, brother Galitsky and son Vladimir endure increasingly fraught relations both with the enemy and with each other (Vladimir, for example, falls in love with Khan Konchak’s daughter, Konchakovna). It is no easy story of good guys and bad guys, though. The action progresses more unpredictably than that towards its optimistic conclusion. 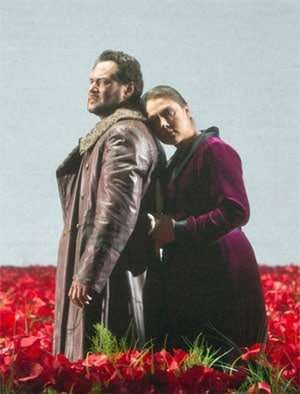 … great choral set-pieces that will make the hairs on your neck stand up. Most famous of these is the Polovtsian Dances in Act Two, but there are plenty more besides, of many different dramatic hues, such as the Polovtsian drinking chorus (Act Three) and the stirring closing number that celebrates Igor’s return.

Vladimir and Konchakovna’s love music, by contrast, is gorgeously lyrical, and the Overture has long been a concert staple in its own right. Indeed, the rich orchestration of Prince Igor is one of its glories. After Borodin’s death it was completed and elaborated by his colleagues Rimsky-Korsakov and Glazunov, while for the Met’s production three sections of the score have been re-orchestrated by the Russian conductor-composer Pavel Smelkov.

In a predominantly native Russian cast led by Ildar Abdrazakov as Prince Igor, there are also roles for the Ukrainian soprano Oksana Dyka as Yaroslavna, Georgian mezzo Anita Rachvelishvili as Konchakovna and Slovakian bass Stefan Kocán as Khan Konchak. The conductor, though, is Italian: Gianandrea Noseda.

The iconoclastic Russian Dmitri Tcherniakov both directed and designed this new Met production and was praised in the New York Times for his “wonderful staging… dreamlike, wrenchingly human and viscerally theatrical.”

The Met’s Prince Igor will be broadcast globally, live in HD, on Saturday 1 March. It’s a rousing drama set to lusciously romantic Russian music, and this vibrant new production is bound to look glorious on the big screen.