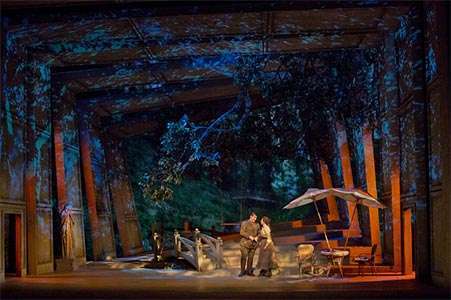 The French composer Jules Massenet (1842-1912) wrote Werther when he was fifty years old and already established as France’s leading composer for the lyric stage. The ardent lushness of Manon is again in full flight, but right from the Prelude there’s a new sense of confidence and carefully managed tension that betokens a master at the peak of his powers.

While he was writing Werther Massenet had heard Wagner’s Parsifal for the first time, and the legacy of that experience is apparent in the rigour he brought to his new work – a discipline that enabled this opera to emerge both as dramatically economical and sweepingly passionate.

Like Manon, Werther is a romantic imbroglio. Adapted from a novel by Goethe, it is the tale of a poet, Werther, who consents to escort the beautiful Charlotte to a ball in the absence of her fiancé, Albert. True to the rules of operatic convention, they fall in love. Charlotte though remains true to her promise and returns to Albert, leaving Werther distraught. 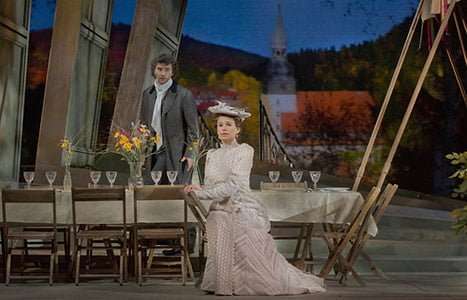 … the ecstatic moonlight duet in Act One, which seems to anticipate Puccini in its yearning beauty. Charlotte’s ‘letter scene’ at the start of Act Three builds into a marvellous, multi-coloured fifteen-minute scena for mezzo that is secured around dramatic exchanges with her younger sister Sophie (soprano). It is one of Massenet’s boldest and most thrillingly profound inspirations. Werther, meanwhile, is the most tortured of the composer’s male protagonists and thus a gift for any lyric tenor. In Act Three his anguished reading of poetic verses, “Pourquoi me réveiller”, is justly popular as a recital showpiece.

The Met’s Werther will be broadcast globally, live in HD, on Saturday 15 March. Massenet’s opera is an intimate drama that’s writ large and played out within epic orchestrations, so an emotionally absorbing HD experience is assured.